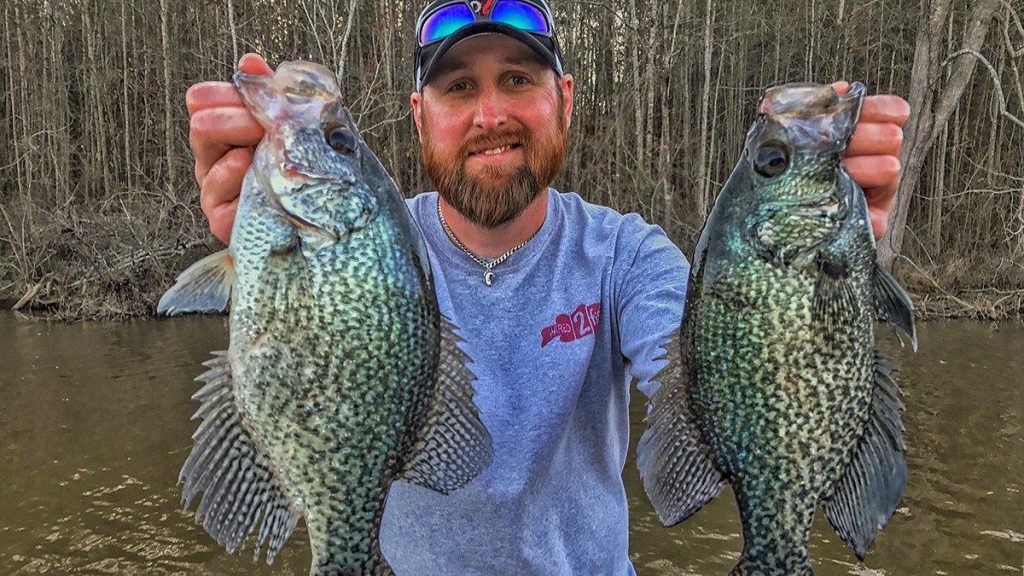 For roughly six years, I’ve been managing a certain pond for trophy largemouth bass. I’m certainly not a biologist, but I’ve done a lot of reading on the biological aspects of pond management and had many long talks with some of the best biologists in the country. It has quickly turned into one of my favorite hobbies and it’s quite rewarding to reap the benefits of a solid long-term management plan.

This pond, however, is full of giant black crappie. They’re a blast to catch and they’ve made for some excellent meals for my family and me. But I’ve noticed something very interesting: Whenever I’ve been lazy about harvesting the crappie, the bass fishing suffers tremendously. You’ll hardly get any bites and when you do, they’re small bassâ€”not the 4 to 6-pounders we’re used to catching on a routine basis.

Which leads me to my biggest conundrum: Can crappie ruin a pond?

I reached out to Steven Bardin, a leading fisheries biologist and owner of Texas Pro Lake Management (he has an incredibly informative and interactive Facebook page). We’ve had some fascinating conversations about this very topic and some of his thoughts might surprise you.

When exploring the viability of crappie in bass ponds, one must carefully consider the delicate food chain that’s already in place. Bardin believes the presence of crappie can throw everything out of balance.

“If you have even one reproductive pair of crappie, their offspring are consuming the bottom of the food chain,” Bardin said. “Even small crappie can create a major problem because they’re so abundant and will consume small forage. This will eventually lead to a stunted largemouth population due to inadequate forage.” 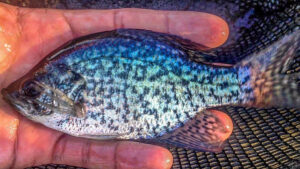 Essentially, juvenile crappie eat the small forage items on which juvenile largemouth rely. A mid to large-sized crappie will consume the forage items that a 1 to 2-pound bass need in order to continue their growth.

To further understand the impact a crappie population will have on an established food chain, let’s take a quick look at the egg yields of both species.

A pond’s forage base is one of the biggest reasons why crappie and largemouth bass don’t go together very well, according to Bardin.

“Crappie prefer soft forage such as minnows and several different shad species,” Bardin said. “Largemouth prefer anything that can fit in their mouths, but the soft forage is much easier for the bass to capture. Crappie and bass will compete for softer forage, but the bass are more efficient predators, so they’ll consume it quicker. This can leave the crappie without food, which causes them to stunt. Once they stunt, they’ll start consuming the small sunfish your bass need to eat. 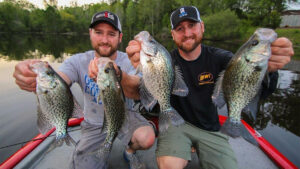 “If you were going to describe a perfect forage source for largemouth, you’d want something that matures early, will eventually outgrow a bass’ mouth so they can continue to reproduce, lays a lot of eggs and never competes with them for food. Crappie have most of these traits, but the food competition is the major sticking point.”

Is there such thing as a “good” pond crappie?

We’ve all seen photos of big bass eating crappie, so they have to be a great food source for trophy bass, right?

Largemouth bass are ambush predators, meaning they’d much rather sit next to a rock, tree or break line and attack prey as it wanders past them. Crappie are schooling predators and are generally going to be found in open water. A bass would have to expend much more energy to effectively chase down and eat a crappie, as opposed to a bluegill, crawfish or shad. This is why bass and crappie rarely come into contact with one another.

“If you’re managing a pond that’s 15 acres or smaller, there is no species of crappie you can introduce and expect positive results from the largemouth population,” Bardin said. “Competition for small forage, overpopulation and a lack of catchability make them a direct threat to your bass.” 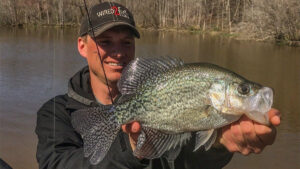 Can you ever get rid of ’em all?

If your main goal is to grow trophy largemouth bass, you’ll need to get the crappie out of your pond. But is it even possible?

“Your primary limitations are going to be harvest rates and predation,” Bardin said. “Without stocking a more aggressive predatorâ€”such as a hybrid striperâ€”or an extreme harvest program, you’ll have hard time getting rid of them. Your chances increase, however, if your pond is a closed system.”

A closed-system is a pond that experiences no introduction of outside water except precipitation. Open systems, on the other hand, are attached to other bodies of water such as streams, rivers or creeks. These open systems allow many different species to make their way into your pond, especially in an extreme weather event.

“If you’re dealing with an open system, you’ll never get a total handle on your crappie management,” Bardin said. “But you can certainly put the odds in the bass’ favor by doing two things: increasing catchability by adding cover and keeping each and every crappie you catchâ€”regardless of size.”

Crappie are notoriously tough to catch from the shore due to their nomadic nature. Many ponds don’t have easy shoreline fishing access which makes it quite difficult to consistently catch and harvest crappie in times other than the annual spawn. If you can’t consistently catch these crappie throughout the entire year, you’re fighting a serious uphill battle against massive overpopulation. 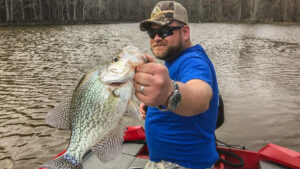 In addition, Bardin believes that manyâ€”if not mostâ€”small ponds lack the offshore structure required to concentrate large schools of crappie. This can make the crappie difficult to locate and remove from the pond.

To maximize angling success for these crappie, Bardin strongly recommends sinking trees perpendicular to potential spawning flats while marking them with visible buoys.

“Positioning these brush piles perpendicular to these eventual spawning flats is essential in terms of year-round harvesting,” Bardin said. “The goal is to situate them in a manner that’s similar to a highway. They can move out to the deepest piles during the winter and summer months and as the spawn nears, they can use the shallower brush piles to stage. This will make it extremely easy to find, pattern and harvest a large number of crappie.”

Crappie can and will ruin a bass pond, according to Bardin. Although you may not immediately notice any negative impacts, you’ll likely see a decline within 4 to 6 years if the problem is not aggressively managed. If you take the aforementioned points into consideration and construct a solid and consistent management plan, you’ll have a good chance of avoiding a potentially catastrophic problem.