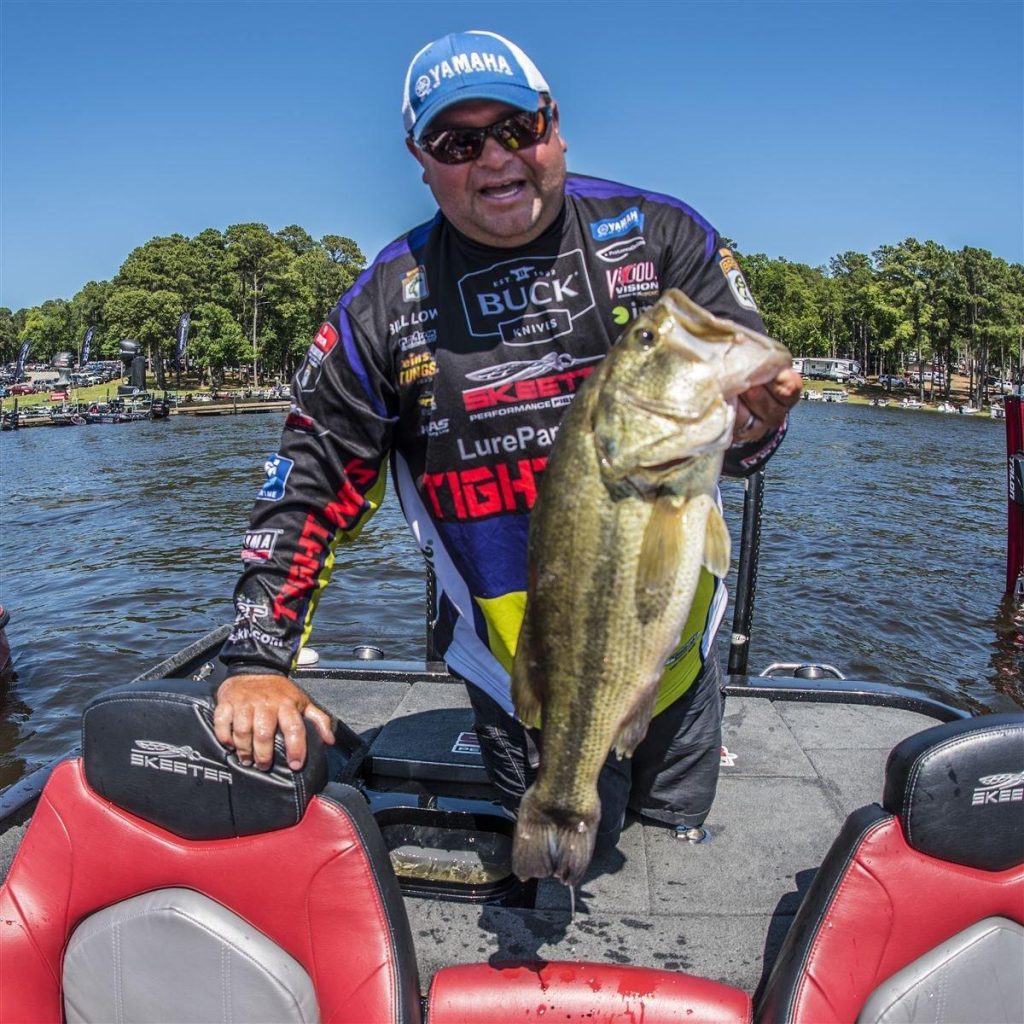 Over the past decade, Bill Lowen has earned a well-deserved reputation as one of the best jig fishermen in professional tournament bass fishing, but in the autumn as water begins to cool, you might actually see the Yamaha pro throwing a spinnerbait, buzzbait or a crankbait.

“Everything depends on what the bass are doing,” said Lowen, who used a jig to earn two top-five finishes this past season on the Bassmaster Elite Series and a spot in his eighth Bassmaster Classic next March. “If I pull into a cove or the mouth of a tributary creek and see baitfish jumping, then I might be convinced to put down my jig and change to a faster moving lure so I can cover the water faster.

“I’ll keep the jig rigged and ready, though, because I know bass fishing this time of year, especially early in the fall, can still be very unpredictable.”

That unpredictability hinges on a number of factors; two of the most important being water temperature and baitfish migration. As Lowen discovered this past September at Minnesota’s Mille Lacs Lake during the final Elite Series event, bass were still holding in slightly deeper 6 to 12-foot depths, as if waiting for cooler temperatures. When those temperatures cool, baitfish begin migrating into shallow water generally only 4 to 6 feet deep and the bass follow them. This is when both largemouth and smallmouth bass begin a major feeding spree that can last well into December.

“It does not happen all at once and it doesn’t occur simultaneously all over a lake,” Lowen said. “That’s why it’s important to be prepared to fish slow-moving lures like a jig as well as faster-moving lures like spinnerbaits and crankbaits. You may find one main lake cove or pocket where you do see baitfish activity, but it might be the only place like it you find that day.”

That doesn’t stop Lowen from looking for these feeding areas when he begins any early autumn fishing day, but he wants to see baitfish jumping because it means bass are chasing them. The presence of certain birds, including gulls, herons and egrets can also indicate the possible presence of baitfish in an area.

“I’ll keep fishing my jig in the deeper water near potential areas until I do see baitfish,” Lowen said. “My favorite jig is a 1/4-ounce model with a soft-plastic trailer and I’ll generally rig with 30-pound braided line because I work the jig slowly around any cover I can find.

“Until I do see feeding activity, I’ll usually start by swimming the jig slowly and steadily, but the beauty of a jig is its versatility. I often add hopping and crawling as part of my retrieve, all on the same cast.  Swimming the jig imitates a shad or even a small bluegill very effectively so it’s my favorite retrieve, but eventually the bass will tell me how they want it.”

Lowen, who has been perfecting his swim jig presentations for more than two decades, positions his boat in the slightly deeper water and casts toward the area he believes the baitfish will be moving into. His primary attention, however, is still working any rocks, logs and vegetation he locates in that magical 6 to 12-foot range.  This is his basic depth limit with the jig in the autumn, and if he doesn’t get any action, Lowen moves to a different area rather than continue to explore deeper water.

“So much about autumn fishing is about covering as much water as possible because both the bass and the baitfish themselves are moving,” Lowen said. “I know I can catch fish throughout the year by swimming my jig, but when the bass do start chasing baitfish, it’s important to use a faster, more active retrieve, and that’s why I’ll change lures.

“But, like I said, I’ll still keep that jig rod ready to use, too.”