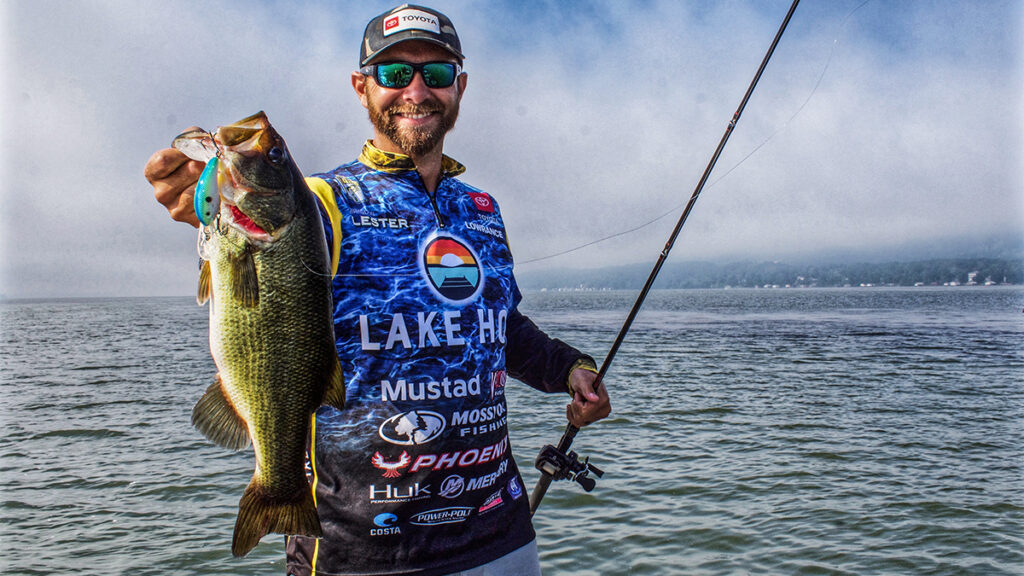 Believe it or not, you can still find and catch bass offshore in the fall even though most other anglers rush to the bank. While it’s true a large percentage of bass migrate towards shallow water to chase nomadic schools of baitfish when the leaves start falling, but not every fish does.

It’s common knowledge that bass group up on offshore hidey holes during the heat of summer, as well as populating deep holes in the winter, but not a lot of folks talk about off the bank bass fishing in the fall. Professional angler Brandon Lester spends as much time on the water as anyone during the late summer to autumn transition and has dialed in an approach for finding bass that remain offshore in the fall. 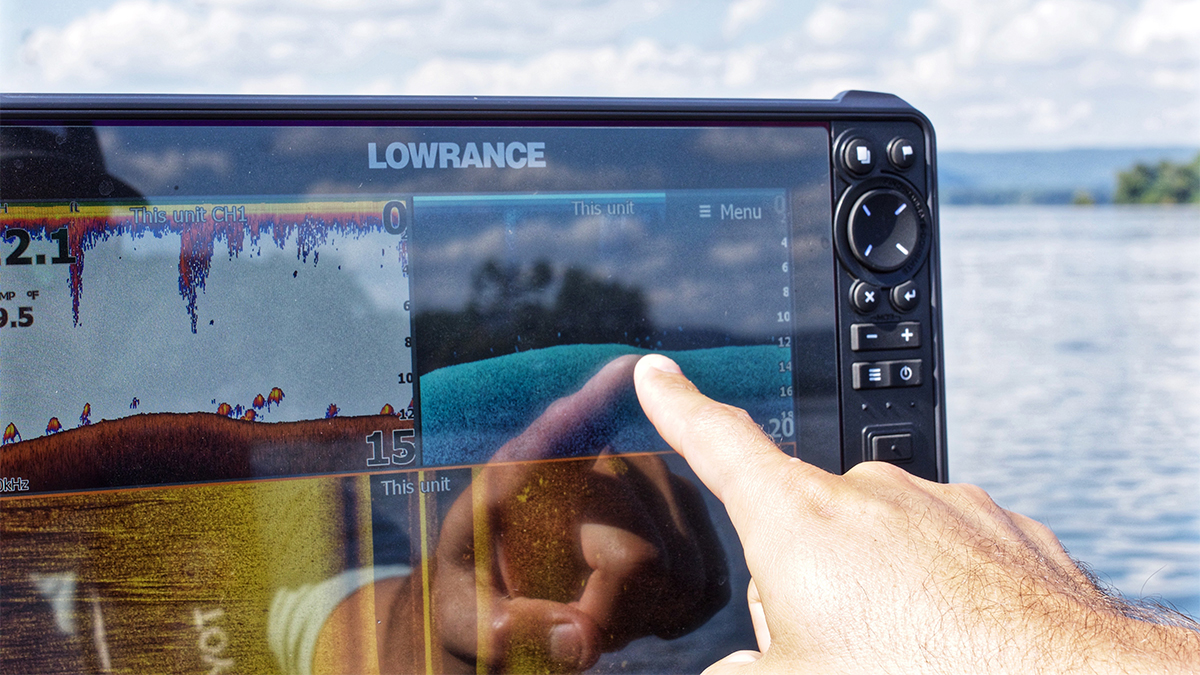 Finding offshore schools of bass during the fall requires a slightly different formula than looking for them in late May or June. Lester still uses his Lowrance units to SideScan and DownScan for groups of fish but not on main river ledges looking for mega-schools like he would in the summer. Instead he spends his time searching near the mouths of, or inside major creeks at a slightly shallower depth range.

“I focus on defined creek channels near the mouths of big, major pockets this time of year,” Lester said. “It’s kinda like when bass migrate towards deeper water after spawning in the spring, but in reverse. I envision fish making a few pit stops on roadbeds, humps, creek channel ledges, or points as they work their way towards the backs of creeks.

“I’m not looking for giant schools of 50 or 100 fish this time of year. If I see a dozen bass grouped up I consider that a good school in the fall. Sometimes a key spot might hold as few as four or five fish. In June I wouldn’t even stop to fish a place like that, but in October or November that’s exactly what I’m looking for.”

There is no such thing as an absolute in bass fishing. The reason 90% of the articles you read this time of year tell you to go shallow and look for shad, is because that’s what the majority of bass in the lake are likely doing. But there is always a percentage of fish doing something different and these are the fish Lester seeks out.

Experience has taught him individual bass that don’t follow the crowd are often big ones. Which is why he’s not afraid to take the time to fish around an offshore spot he may have only seen a handful of fish on this time of year. Whether Lester is in a tournament or out fun fishing, it’s worth the time investment when he believes he’s fishing for bigger than average bass.

The Team Toyota pro adjusts the depth range he focuses on during the fall transition. Baitfish and bass aren’t the only things experiencing change in autumn. The weather, water temperatures, and thermocline on a fishery all go through a transition this time of year, too.

“I’m looking a little bit shallower than usual,” Lester explained. “Instead of graphing in 16 to 25 feet of water like I would during the summer, I’m checking places in 8 to 14 feet of water. In my experience it seems bass really don’t want to be deeper than 15 feet this time of year, sometimes even shallower depending on where the thermocline sets up.”

Knowing there won’t be loads of fish staging offshore in the fall, Lester doesn’t waste a lot of time scanning miles of water with his electronics. He concentrates on high percentage areas near or inside major coves, ideally with a defined creek channel meandering through them, and doesn’t burn daylight on areas deeper than fifteen feet in most cases, regardless of the fishery.

It’s still all about baitfish 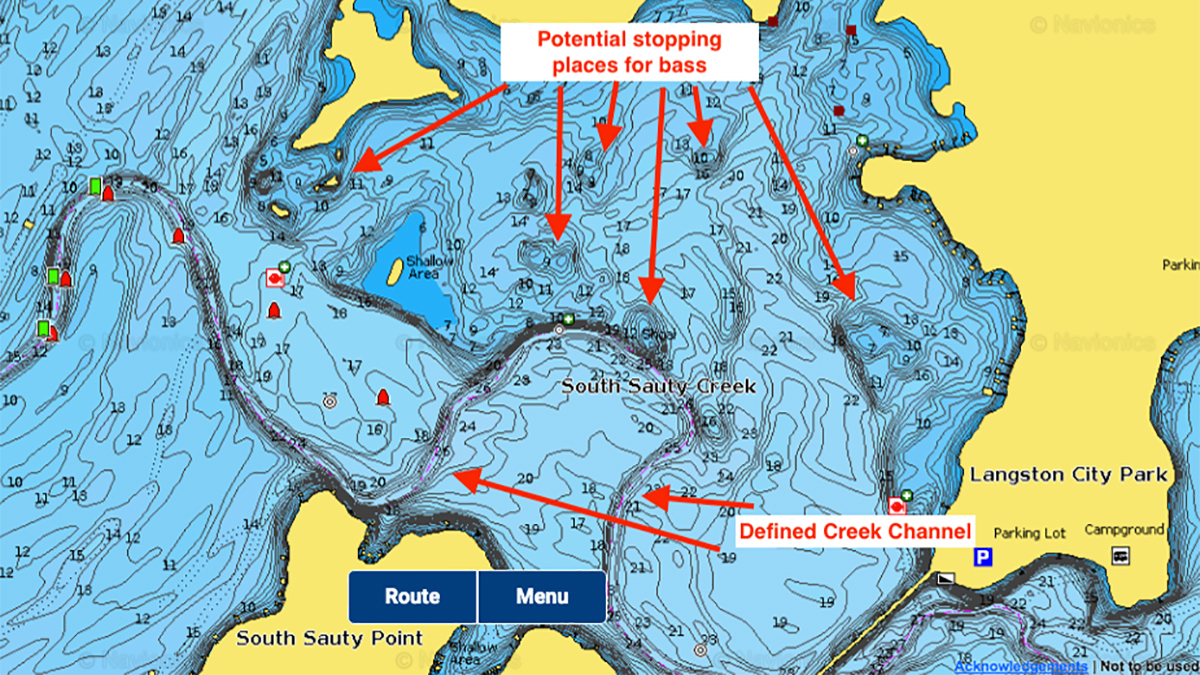 One common theme between offshore and shallow water fishing in the fall is the presence of baitfish being absolutely key. The existence or lack of shad and other baitfish in an area is a telltale sign for Lester. Bass become more pelagic this time of year, roaming areas to follow shad whether they are on a hump in 12 feet or in inches of water on a shallow flat.

“If I’m not seeing lots of baitfish on my electronics then I lose a lot of confidence,” Lester said. “Even if I SideScan a spot and don’t see individual bass, but I see lots of shad near the structure, I’ll mark that area and come back later. Feeding windows can be short right now, usually best in the early mornings and evenings, sometimes you’ve gotta check a place two or three times throughout a day before they fire.”

More than using his electronics, Lester uses his eyes to scan the water for surface activity while he idles, too. He says that bass will “tell on themselves” this time of year when he’s wearing his Costa sunglasses and show him their location via topwater schooling activity. 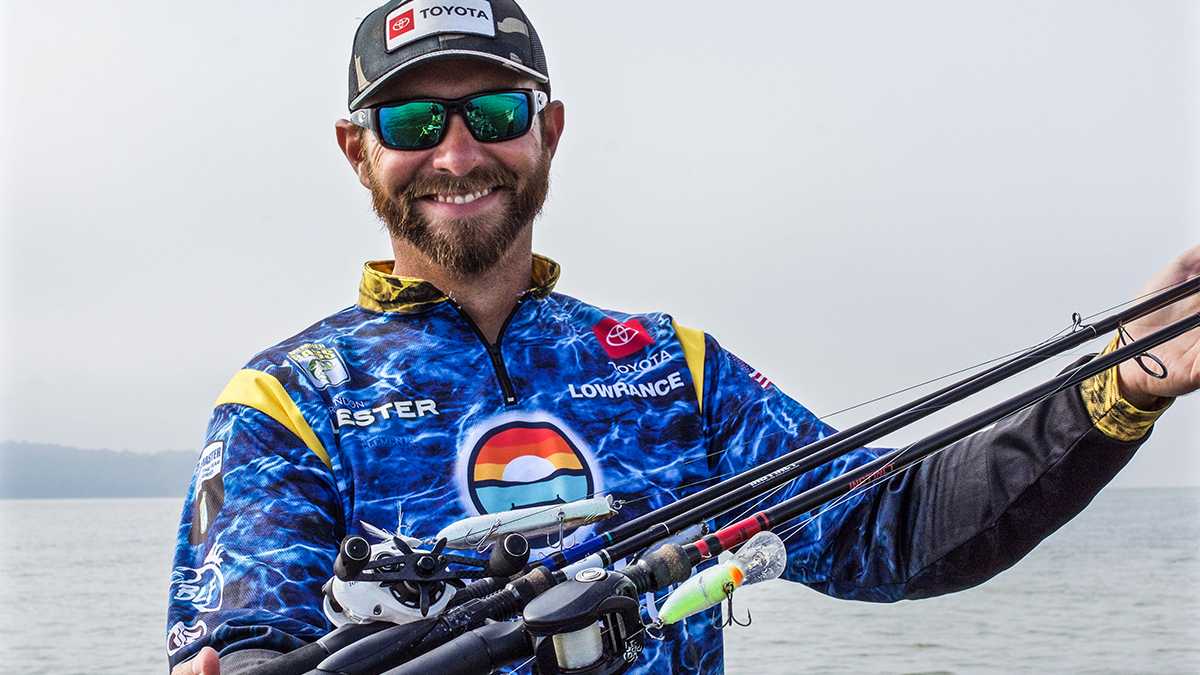 When it comes to bait selection, Lester keeps his arsenal as simple as possible. He leans on offshore staples like a Strike King 5XD (silent) and a Mustad Grip-Pin Ned Jig Head as well as keeping a big topwater like an Evergreen Shower Blows on his deck just in case he sees fish feeding on the surface.

“The first thing I’ll show offshore fish this time of year is usually a mid-depth crankbait like a Strike King 5XD or a Rapala DT-14,” Lester said. “And I do think silent plugs outperform aggressive, rattling crankbaits in this application. In contrast, I think its super important to have a big, loud topwater handy that you can throw a long way in case you see bass come up schooling.

“The noisier the better, something to get their attention in a little bit deeper water. My third choice is a ned rig with a little bit meatier soft plastic on it than usual, like a Z-Man Big TRD. If the fish get finicky you can usually mop up an area and get a few more bites with something more finesse.”

By avoiding the pull to go shallow and targeting fish many anglers are overlooking, Lester has enjoyed some incredible days of fall fishing way off the bank. These schools of bass are often unpressured and once you find them you can have them to yourself for days or even weeks.

Consider Lester’s formula for finding and catching offshore bass this time of year, and never be afraid to think outside the box the next time you drop your boat into the water.