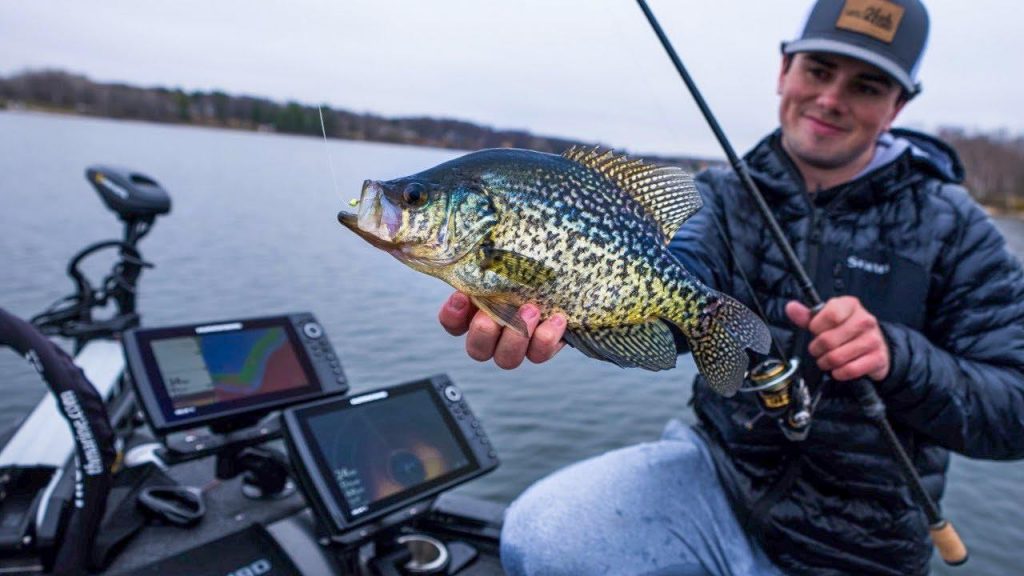 Finding and staying on crappies is the most challenging aspect of fishing for them. Wired2fish’s Kobie Koenig has this on full display during a spring outing that finds crappies suspended in open water. He explains how he uses mapping in conjunction with MEGA 360 Imaging to put jigs in the face of hungry crappies others are missing.

Fish finder technologies such as 360 sonar have made targeting roaming open water crappies possible and highly productive. Koenig details the springtime scenario of crappies transitioning between winter haunts and spawning areas. Still, this content is equally valid anytime crappies depart structure and cover in exchange for open water feeding opportunities. After locating a school, usually with side imaging, Koenig follows them around using MEGA 360 Imaging.

New sonar technologies have taught us that fish surprisingly boat wary. Koenig’s system allows him to stay off the fish while making long casts to unsuspecting victims. Lastly, he shares his simple rod and hair jig setup for putting vagabond specs in the boat.