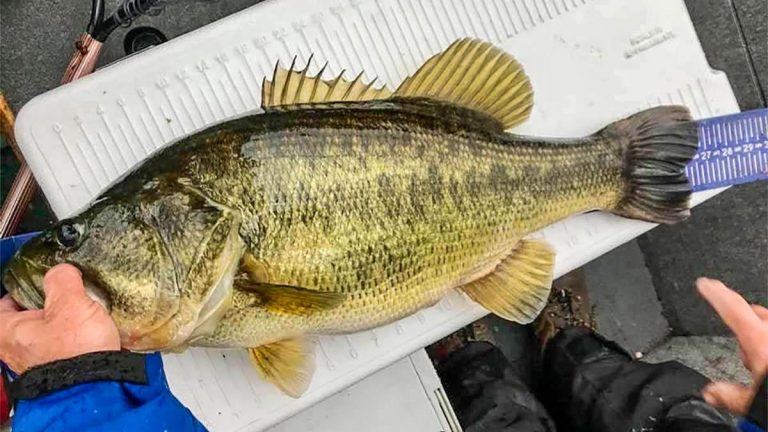 A bunch of big bass photos come across our desk each year. It seems as if every year anglers are continuously getting better at their craft and catching more giant bass. We do our very best to report on as many of these catches as possible, not to create envy, but to give our readers hope. Even when the fishing stinks, keep something very important in mind: You’re only one cast away from the bass of a lifetime.

With giant, prespawn females starting to stage throughout much of the country, we put together a list of some of our favorite big-bass catches from the past year. If this doesn’t get you fired up for warmer weather and awesome fishing, you might need to check your pulse! 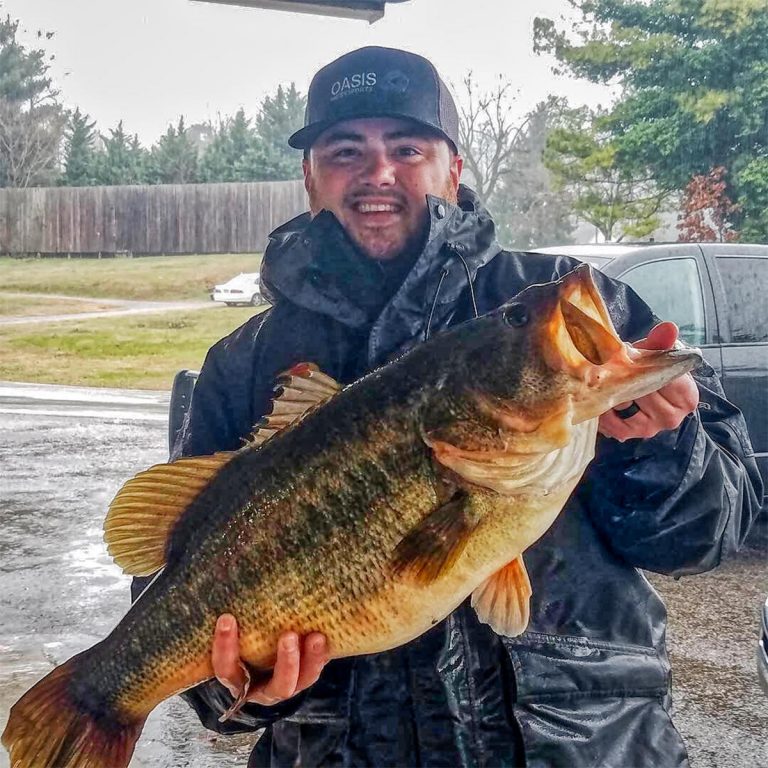 Derek Turner and friend Brandon Hembree of Caryville, Tenn. didn’t expect to catch their biggest bass ever in rain storm much less a largemouth just shy of the state record by 1 pound, but that’s exactly what happened on Jan. 19, 2019 on Lake Chickamauga. Turner caught a largemouth bass weighing 14.2 pounds that measured 23 inches in girth and 27 inches in length. 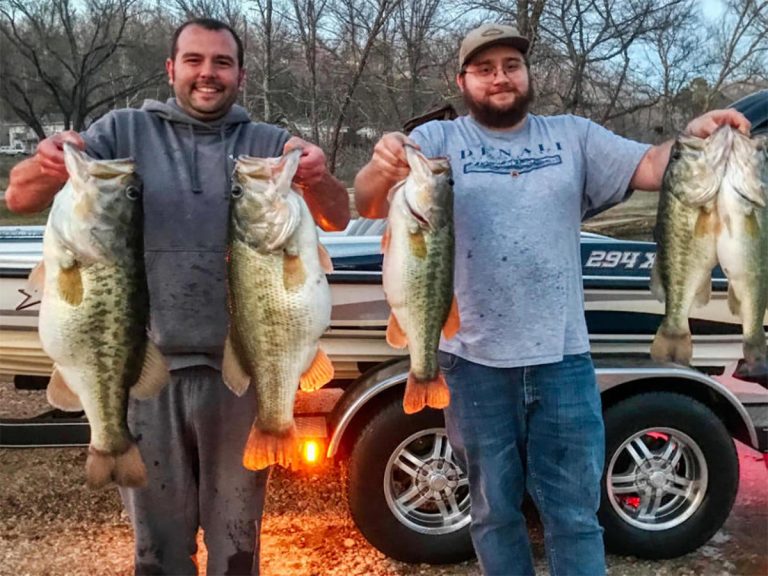 Chase Hunnell and Tyler Patterson had the fishing trip of a lifetime on Kentucky Lake on Saturday March 16, 2019. Hunnell managed to catch not one but two fish weighing more than 10 pounds and the duo was able to land a limit roughly between 39 and 40 pounds. 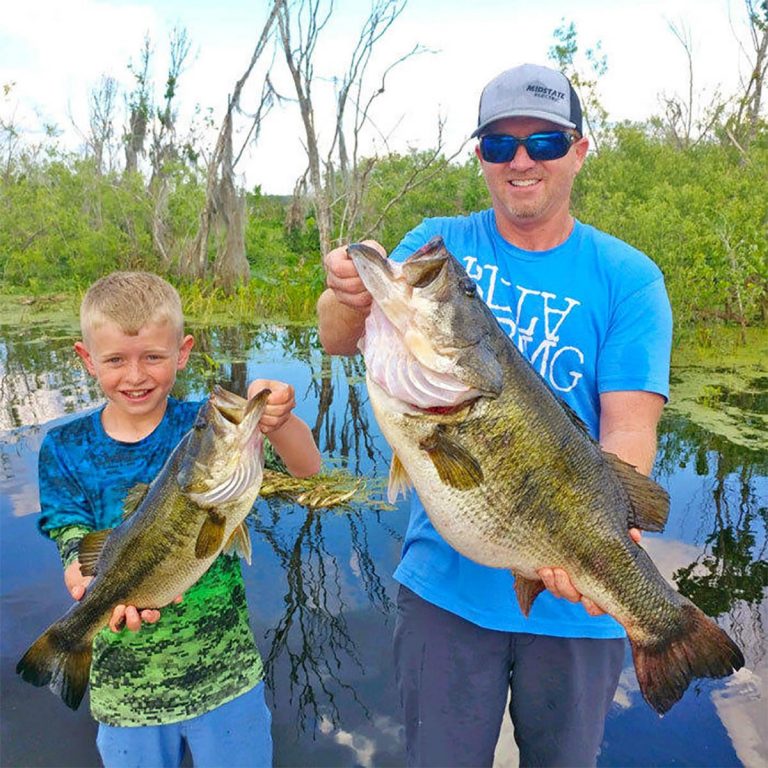 The Florida Fish and Wildlife Conservation Commission’s (FWC) TrophyCatch program celebrates its second-heaviest fish ever approved in the program, a 15 pound, 13 ounce Hall of Fame largemouth bass caught and released in Orange Lake by Brian Hammett.

Angler catches bass of a lifetime from the bank

While fishing a golf course pond from the bank with a Strike King Red Eye Shad lipless crankbait, the angler catches several quality fish. On his last cast, however, he hooks into an enormous bass just feet from the bank, just as he was about to finish his retrieve and make another cast. 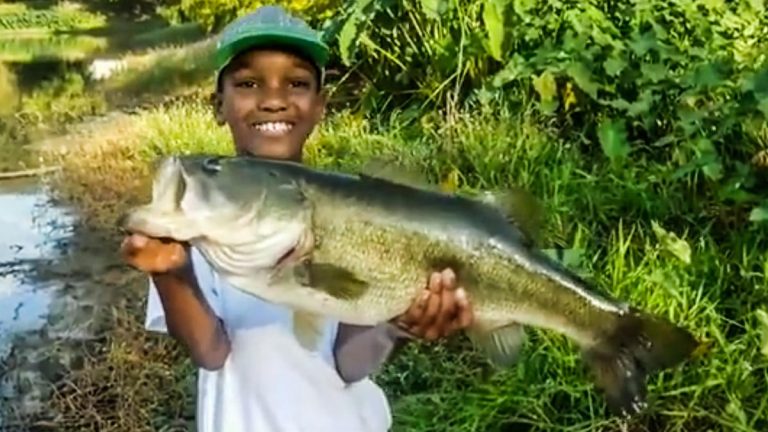 So often, we can all get consumed by success in fishing; we’ll worry about catching the biggest or being the best. But the sheer joy this proud young man exhibits after catching his personal-best bass and safely releasing it reminds us how special this sport really is. 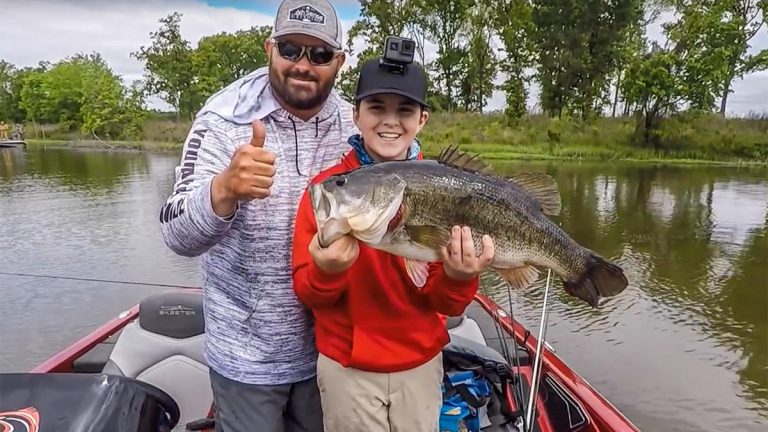 Wired2fish fan JC Coen posted this video to our Facebook page and it definitely warranted a repost. While fishing on famed Lake Fork in Texas with YouTube user YourLakeForkGuide (Lake Fork guide Billy Lawson), this 13-year-old young man caught a 12-pound, 2-ounce bass on a swimbait. His technique while fighting the bass was near perfect and we also commend him for his respectful handling of such a beautiful fish. He handled her gently and safely released her back into the water after a few photos. 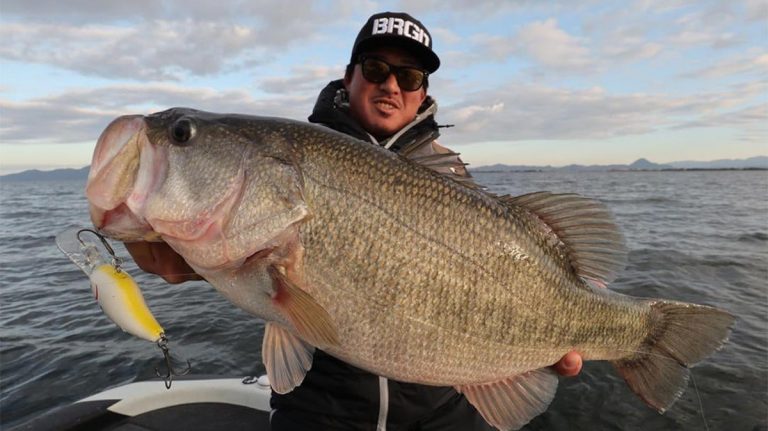 It looks like this beast fell victim to the very popular Strike King 10XD crankbait in the Pearl/Black Splatter with Chartreuse color scheme. The crankbait can dive in excess of 25 feet deep and measures 6 inches long.

A giant is caught in an unlikely state

This is something we certainly didn’t expect to see, to be quite honest. Angler John Huckstep caught a 13.2-pound bass in Virginia! We’ve never really heard much about big bass coming from Virginia, but apparently some monster bass live there. Huckstep is known for his big bass prowess and is a respected angler throughout the state. He was kind enough to share some of the details of his incredible catch with us. 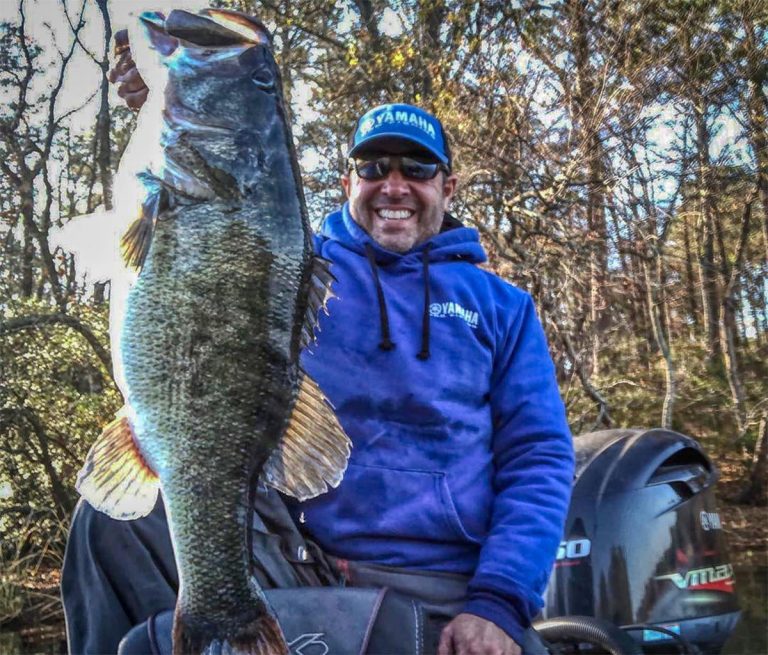 Catching a largemouth bass weighing in the teens is a once in a lifetime achievement for most anglers, but Dominic Lozano went ahead and did it twice in 2 weeks on two different lakes in Texas to end 2019 with his personal best of 13.85 pounds. He followed that feat with another catch on New Year’s Day of a 13.29-pounder. But the story leading up to these two catches is just as good. 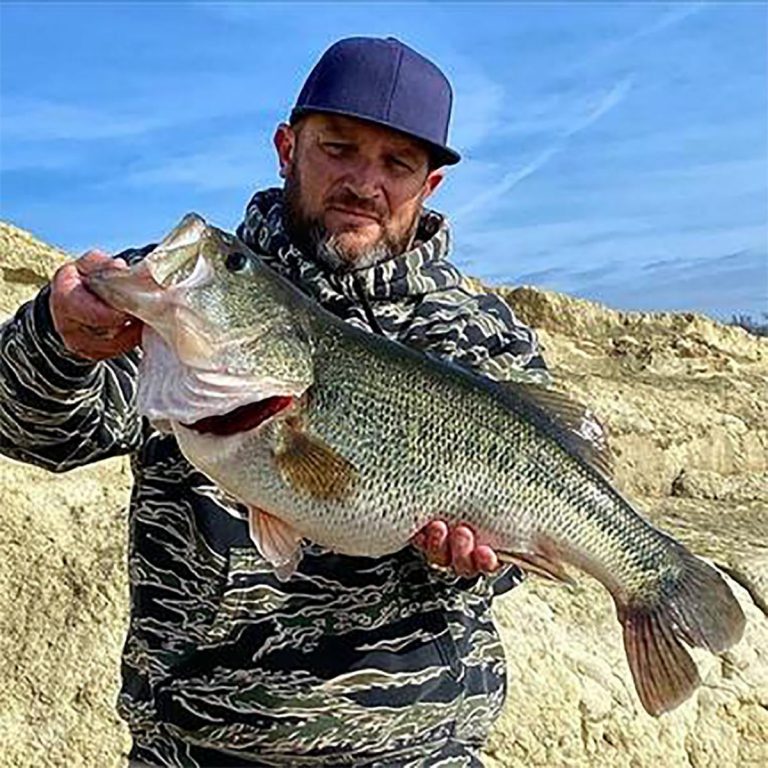 Jared Kiernan was getting a few hours of fishing in on the last day of the year and got the surprise of all surprises. Kiernan was fishing from the bank on Lake Camanche in Northern California when he bested his personal best record with a 14.2-pound largemouth bass. He was fishing a Baitsmith Magnum swimbait just bottom bouncing it from the bank when the fish hit. He got a good portion of the catch on film as well as the release. You can hear how genuinely pumped for the fish of a lifetime he is.