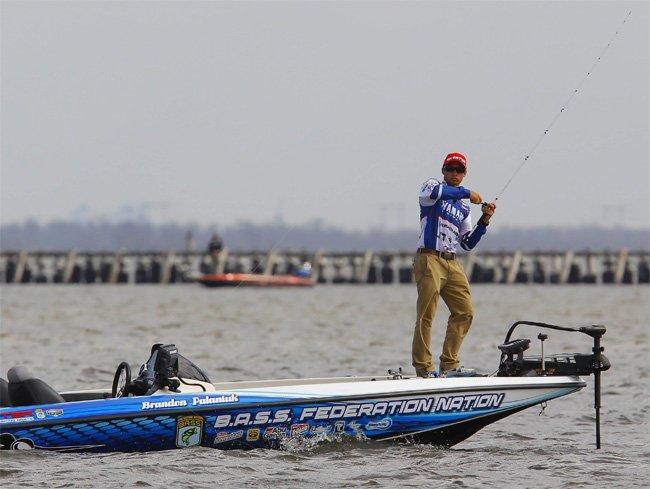 Right now, home is about 2,000 miles away for Brandon Palaniuk and Josh Polfer, Bassmaster Classic qualifiers from Idaho. That’s precisely why they are within a short drive of the Classic fishery well before the crucial practice time begins Feb. 17 on the Red River.

The anglers live farther away from Shreveport-Bossier City, La., host cities for the Feb. 24-26 Classic, than any other qualifier. Even Jared Lintner and Ish Monroe, 1,800-plus miles from their homes in California, or John Diaco, who lives 1,700 miles away in New Hampshire, could not claim bragging rights for most miles traveled.

“It’s a long haul for both of us,” said Polfer, a 29-year-old Classic rookie who is 1,872 miles from home in Nampa, Idaho. Palaniuk’s hometown of Rathdrum is a few miles shy of 2,100 from Shreveport.

“I didn’t want to deal with the stress of trying to get down here in possible bad weather,” said Palaniuk, 24, who qualified for Classic 2012 in his rookie year as a Bassmaster Elite Series pro. “I wanted to get here, then be able to concentrate on my fishing.”

Palaniuk hit the road in mid-January. His first stop was Kilgore, Texas, to pick up his new Skeeter. He hauled the boat to central Florida to compete in the Bass Pro Shops Bassmaster Southern Open. Next he let someone else pilot the boat: He took a cruise with his family. After that R&R, he headed to Grand Lake near Tulsa, Okla., to look at the 2013 Bassmaster Classic site. He was back in Texas by mid-February for his boat-wrap appointment.

Likewise, Polfer picked up his new Skeeter in Texas and had it and his truck wrapped there. He then headed to north-central Louisiana and the Ouachita River, a fishery he knows well. It’s where he earned his Classic berth last November as the Western Division champ of the 2011 B.A.S.S. Federation Nation Championship.

“I came back here to break in the boat and get comfortable with it, and to relax for the Classic,” he said.

Wednesday he’ll drive to Texas to pick up his buddy Palaniuk, whose truck will be in the wrap shop. Then, just for fun, they will probably fish small lakes near Shreveport, Polfer said. Friday evening after the first Classic practice day on the Red River, Polfer plans to give Palaniuk a lift back to Texas to pick up his truck. They’ll return immediately to Shreveport, where they’re bunking in together during practice.

Despite last-minute tasks, both Polfer and Palaniuk said they feel prepared to fight for the prestigious Classic crown and its $500,000 first-place check. Thanks to early travel that reduced stress, they are physically ready. Thanks to scouting trips a few months ago, they feel set mentally.

Polfer said his confidence level has been high since his seven-day scouting trip in December, just before the Red River was declared off limits to Classic competitors until this weekend’s practice period.

“I feel better coming into the Bassmaster Classic than I’ve felt going into any tournament,” he said.

Palaniuk, who scouted the Red River in November, will be making his second consecutive Classic appearance. He qualified the first time as the 2010 Federation Nation champ. This year, he’s not “the Federation rookie,” but a Bassmaster Elite Series qualifier. A fact that might help him: His Federation title came on the Red River.

What’s this repeat qualifier most looking forward to?

“The first step onto the stage, on the first day,” he said. “It’s a feeling you can’t get anywhere else. It’s such an accomplishment to get there, and that first step finally makes it feel real.”