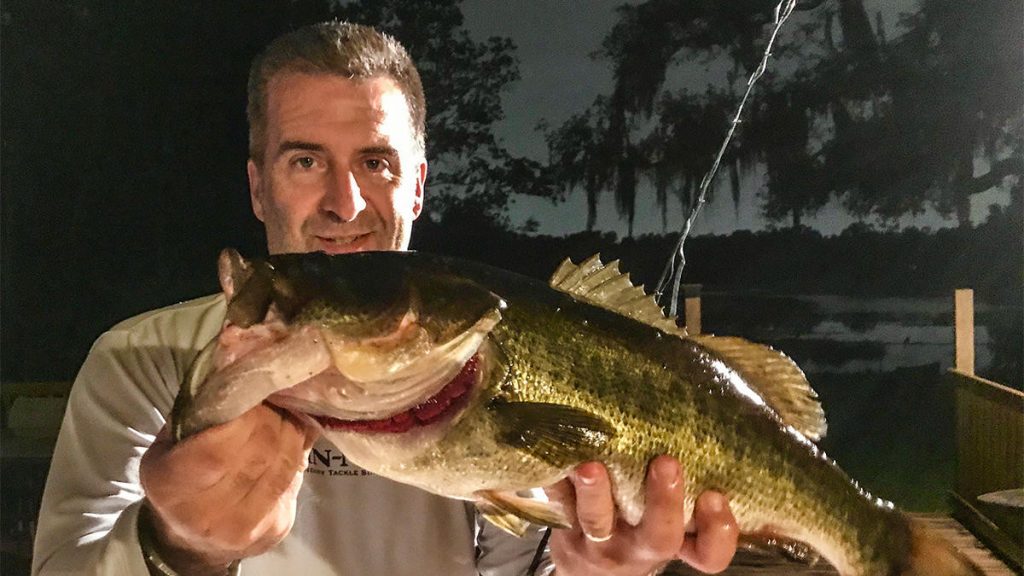 Give me one bait to walk the banks with and I will take an Senko every time. My personal success is not the story here, but I’ll be completely truthful in saying the vast majority of my shore-based catches have been made with soft plastic worms — most often a 5- to 6-inch Senko.

Understood, no single bait can address every potential bass fishing scenario, even for a bank fisherman. In truth, I typically also carry a frog rod, but I’ve found that, with a bag of Senkos and a small selection of terminal tackle, I can do all I need to do on shallow natural water bodies. Didn’t say everything — but enough. 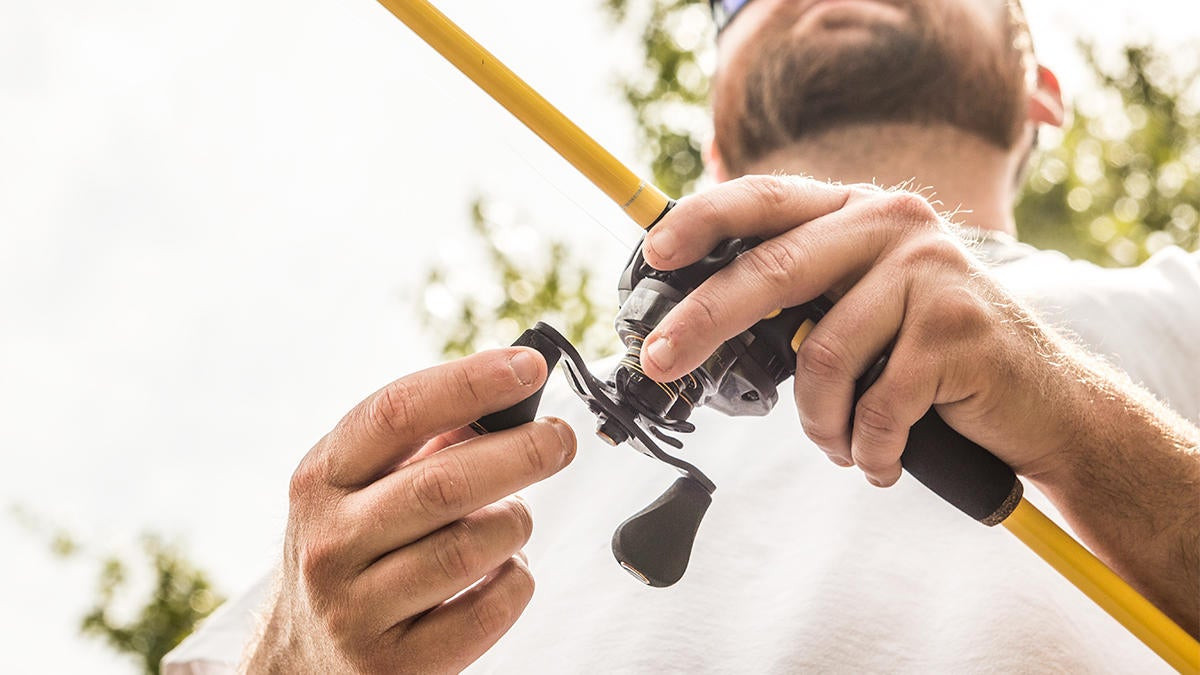 Gary Yamamoto intentionally kept his original design simple, but the legendary bass angler/bait designer made the Senko super soft for an impressive amount of motion and added a generous salt content, which increases weight. The latter benefits long casting and sink rate.

Cast and retrieve: I don’t do a lot of blind casting, as it’s more time-efficient to intentionally target areas of high probability. However, when I see bait dimpling, flipping or under attack, I’ll fire my Texas-rigged Senko past the buffet, let it sink to the mid-depth zone and then use a moderate retrieve speed with short, rapid rod tip twitches to effect a lot of motion.

This routine recently delivered my second biggest land-based bass – an honest 8 1/2-pounder caught after hours when I spotted her scattering shad.

Flipping and piitching: The former gets fewer reps, as viable depths are less commonly within reach, but when docks, shoreline points or even a stable laydown offer a sufficient platform, I’ll use the pendulum deal to to drop the Senko into particular little sweet spot.

When pitching to pad or grass edges, I try to be as precise as possible, but a general area will suffice. For pads or any mats I can reach (like my favored light canopy of duck weed), a nail weight in the Senko’s tail tends to make the bait enter the water like a dart and shoot under the cover. This is how I get the majority of my bites when spring/summer rains bring big fish into the shallow cover.

Shooting: Taking a page from the crappie angler’s playbook, I’ll point my rod where I want the bait to go, pull it toward me to load the rod tip with a downward arc and then release like a bow and arrow. Docks, laydowns, gaps in weeds are the usual targets, but if I notice fish waking out of shallows when I walk up or make a high profile cast, the next time I visit the spot, I’ll approach with a low profile – sometimes, even squatting – and shoot the bait into the target area. 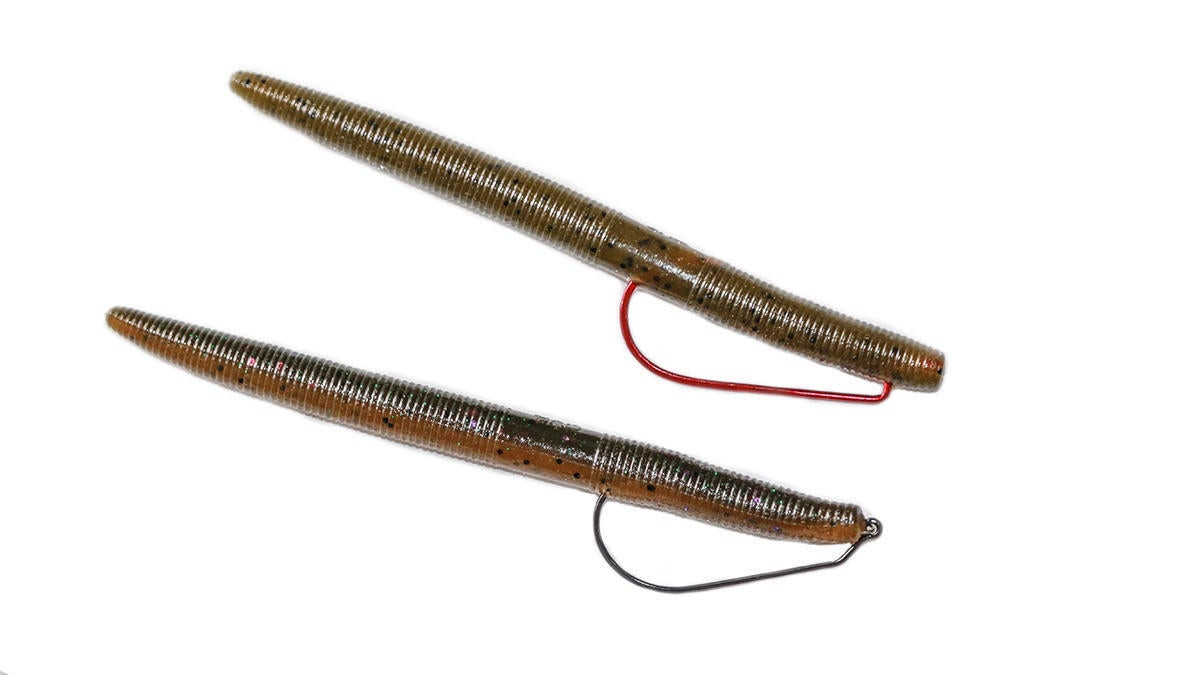 Most of the time, I like a streamlined 4/0 straight shank worm hook, as this slips in an out of cover well, slides across matted grass and duckweed and mostly avoids the straggly stuff. I may go up to a 5/0 for the 6-inch Senko and drop to a 3/0 for the 3-inch Senko (good bet for a couple of cleanup bites when I’ve worm out my welcome with the bigger worms.)

Ned head: A different option for all of the above, a 3-inch Senko on the Ned style head is ideal; but in a pinch, I can trim a 5- or 6-incher to the right size. This bait’s especially convincing where small bluegill abound.

Wacky: I’m all for the official wacky hooks, but for impromptu efforts, I’ll simply turn my Senko sideways and fish it the way many Florida anglers did prior to the explosion of technique-specific finesse hooks. For a faster fall, with a bottom feeding ruse, I may try a Neko rig – sometimes using the VMC Neko Skirt for a little pizazz. 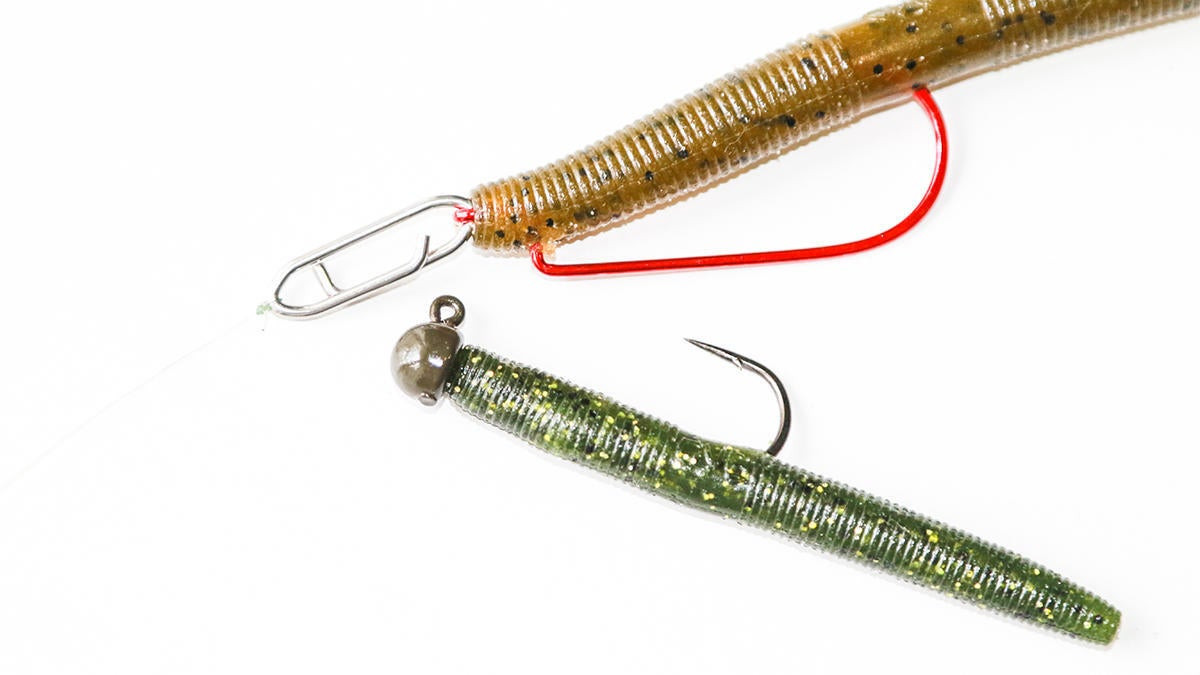 Now, aside from the frog rod (sometimes optional), I carry only the Senko rod – a 7-foot medium heavy spinning outfit with enough tip for long casts and plenty of backbone for negotiating big fish out of the weeds. At times, a longer rod might help, but proximity to trees, fences and the ground (pitching presentations) make the 7-footer a good compromise.

Rather than cutting and tying for different worm presentations, I’ve recently taken a tip from angler extraordinaire and fellow bank stomper, Crazy Alberto Knie, who ties his line to a Tactical Anglers Power Clip. Picture a paper clip with one of its end tips bent slightly outward for easy on-off.

Never out of it: Even torn Senkos can still contribute; just bite off the ragged section, turn the worm around and rig your hook through the tail. This way, you’re not pulling the wider upper portion through the water where it’s much more likely to hang or at least gather weeds. No joke, I once got ’em going so good on a Senko that I had to keep biting down the last one I had until I had just enough worm left to barely rig my 4/0 hook – and still caught one on that little piece of worm.

Color of success: Adding an accent color to a Senko’s tail can turn lookers into biters. Depending on the bait color, red, orange or chartreuse are common choices. (I’m partial to the latter, as it mimics a bream’s fin tips.)

Dipping dyes are helpful, but not always convenient for the light-and-loose bank fishing mission. Here’s a handy tip: If you find yourself needing a visual enhancement but you’re out of chartreuse tipped Senkos and lacking a bottle of dipping dye, hold your bait’s tail firmly between your thumb and forefinger and rub vigorously until the friction lightens the plastic.

Flash and dash: Adding flash and motion to your Senko via tail spinner is a surefire way to get noticed, particularly in darker water. This can be a killer technique when you can reach those breaks or gaps in pad fields or grass lines, as swimming your bait through sunlit areas throws attention-getting flashes into the shadow realm from which predators watch for the shimmer of baitfish.

Slipping an Owner Flashy Spin onto an Owner Centering Pin Spring is one option, but savvy DIYers who save all the reusable elements of broken or retired baits might find spare blades they can attach to a Tru-Turn Hitchhiker for similar effect.

However you choose to rig it, a Senko – or your choice of stick worm – offers a simple, yet highly productive option for serious fishing excursions, casual lunch break outings or limited tackle moments like fishing the ponds behind the hotel during a family vacation. Pay attention to where you want the bait to go and what you want it to do when it gets there and then rig accordingly.