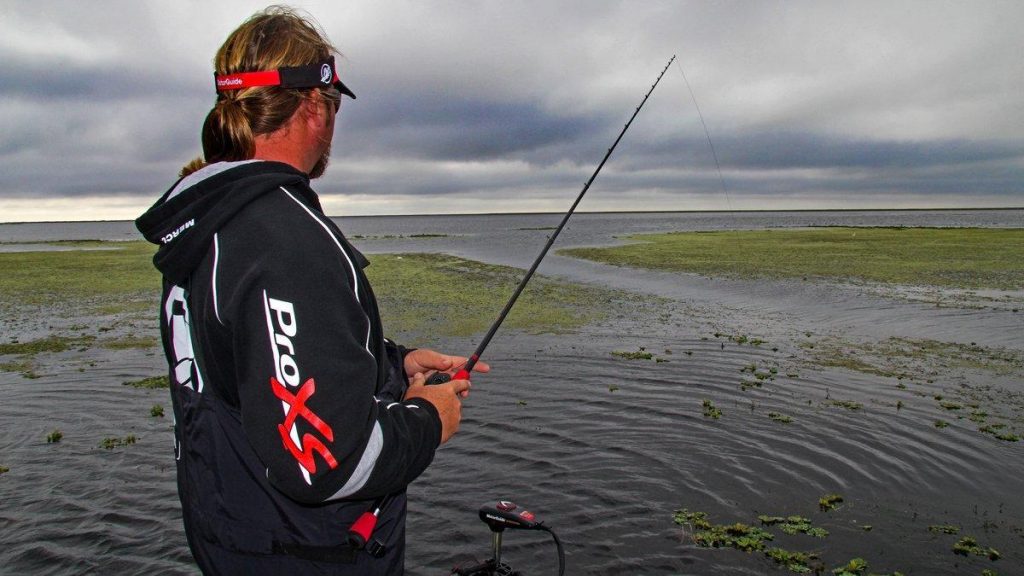 In a way, it almost seems unfair. When much of the country’s premier bass waters are topped with the old rigid frigid, southern anglers keep the party rockin’ all winter long.
Not to say there’s never a nip in the air; if anything, winter probably feels worse in the south because we’re kind of spoiled with longer warm seasons and little, if any, ice. But from Florida’s Lake Okeechobee, to Alabama’s Lake Guntersville and westward to Texas gems like Toledo Bend, Rayburn and Caddo, the period between the fall feed and the prespawn is not to be written off – not by a long shot.

Indeed, this vital habitat gives the bass a cozy cold-season solace that doesn’t require much moving once the early spring spawning season rolls around. It gives the angler a prime location to fish for big bass in matted grass.

“That time of year, the fish are moving in and wanting to get shallow; but they want that cover because they know there will be cold fronts,” said FLW Tour pro J.T. Kenney, who makes his home on Florida’s East Coast. “I think it’s the high pressure and the cold – they want something over their head.”

As Kenney notes, you shouldn’t expect the same density as those maxed-out mats of late summer through mid-fall. But that’s not a bad thing.
“In fall-winter they loosen up, which makes it good for anglers who are trying to fish them,” Kenney said. “The mats die back some, but a lot of them retain enough density to remain a viable habitat for winter fish.”

The cold season does claim some of the vegetation that chokes shallow bays and island edges during the warmer times. Nevertheless, most southern lakes avoid the thorough die back common to northern latitudes. That means those tangles of stalks, stems and delicate leaves remain a viable habitat for shivering bass.

Not only does grass provide warmer digs with a big sunscreen, it also makes a convenient transition area to future spawning grounds.

The way most southern lakes set up, large grass beds are often a short jog from the lily pads, bulrush and cane edges where bass spawn. Adjacent is good, but the closer the better.

“If you can find grass mats near or on the spawning flats, those are the ones that can really be good,” he said. “If you have a group of fish move up and then you get a hard cold snap, those fish can just turn around and swim 30 yards to the grass and come back shallow when the weather stabilizes.” 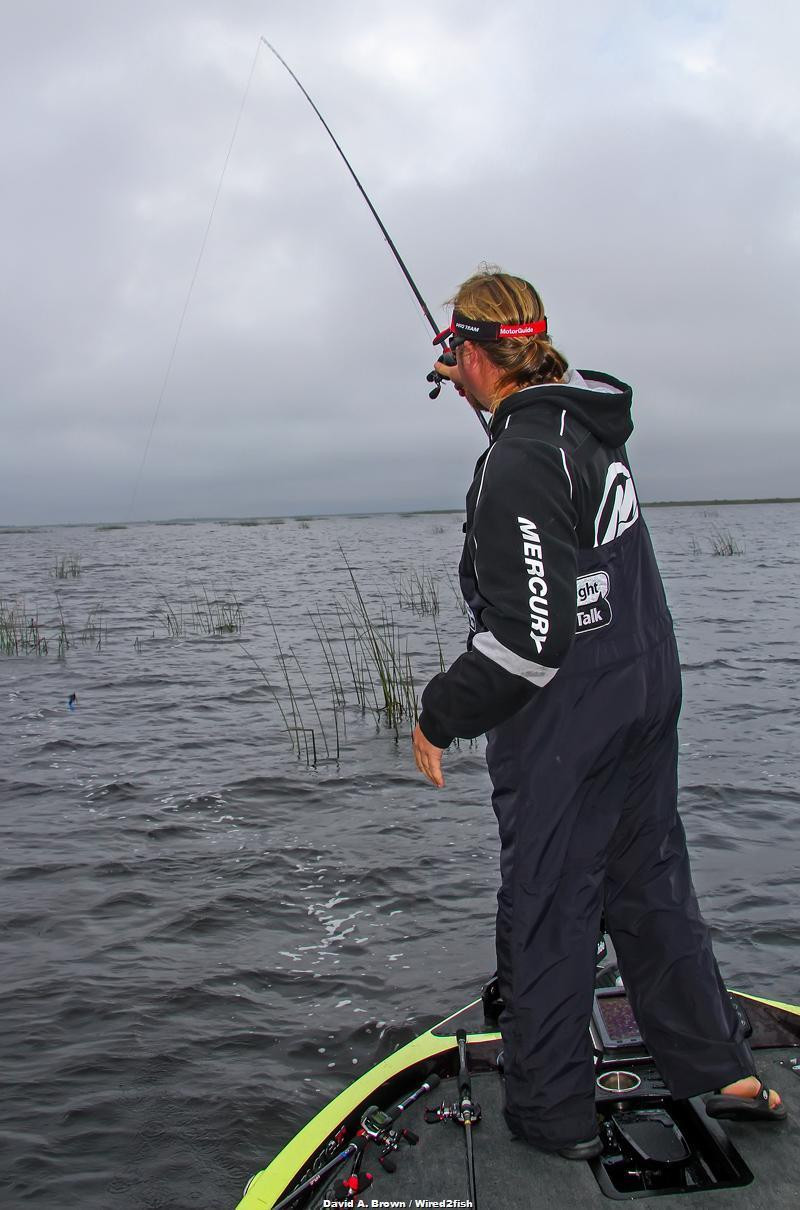 So, grass is grass is grass, right? Well, by definition, it is all about the same – at least, in terms of anatomical design. However, when it comes to how a grass mat lays out, Kenney points to a handful of key elements that will help you dial in your areas of greatest opportunity.

“When you can find any difference in the outside edge of the mat, that’s where you want to focus,” he said. “Points, pockets, boat cuts – you’re looking at a mat like you’re dissecting a lake.
“After you’ve looked at the outside edges and determined the higher percentage places, then you look at the mat’s interior. For example, a patch of pennywort is a higher percentage area because it’s a denser spot with more cover that soaks up more heat.”

Now, before he’s close enough for such visual inspection, Kenney starts by working the perimeters of known grass areas. Not much of the grass is heavily topped out this time of year, but in the absence of visible mats, those slick areas that look like they’re hiding a giant porcupine are usually your gold mines. Those little bits and pieces of hydrilla just barely breaking the surface are your guide posts, and stopping on such an area usually rewards you with lots of opportunity.

Kenney will start well away from a mat to probe the outskirts to locate anyone out for a morning stroll. This is clearly a “nice day” thing, but when warming trends coincide with overcast skies, bass roam the edges. Here, lipless crankbaits like the Strike King Redeye Shad, or vibrating jig with Gambler Big EZ swimbait allow him to cover water and find the eager ones. 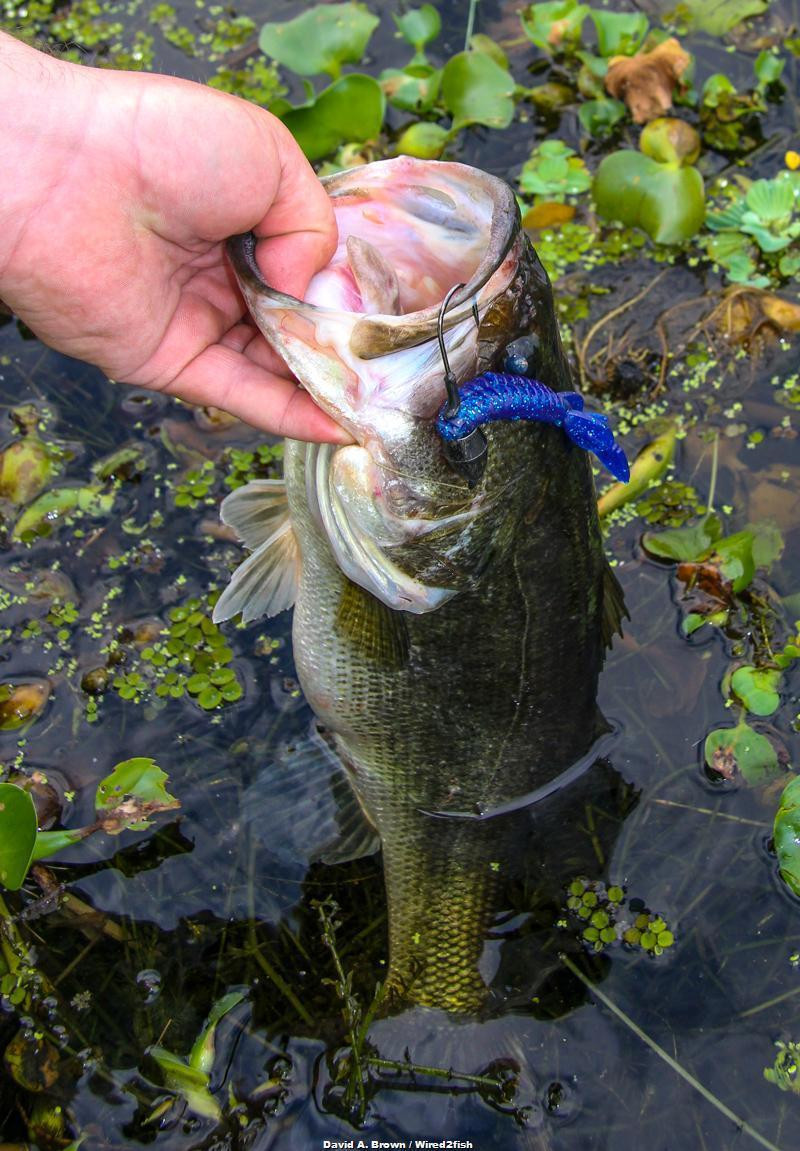 Once Kenney eliminates the perimeter bite, he’ll move in close to flip/pitch. His general rule of thumb for flipping winter mats calls for bait selection based on weather conditions and their effect on fish activity. On stable days when the fish get their chew on, he likes a Gambler Mega Daddy or Ugly Otter. Both sport very active appendages that’ll tempt a bite from bass in the mood for a crawfish omelet.

But on the other end of the activity spectrum, passing cold fronts bring the high pressure and relentless sunlight of the dreaded bluebird days. Fish still have to eat, but they won’t move far to do so. They certainly won’t expend the energy to wrestle with some wiggly, wavy figure that looks like more trouble than it’s worth.

On these tougher days, Kenney likes a Gambler Why Not. A slimmer body with far less tail action presents a more attractive profile for sluggish fish. And when those southern bass are really having a bad hair day, Kenney goes with Gambler’s BB Cricket.

“In tough conditions, use baits that don’t have a lot of action because the fish will be really lethargic,” Kenney said. “On the other hand, when conditions are stable and the fish are active, a bait with more movement is what I use.” 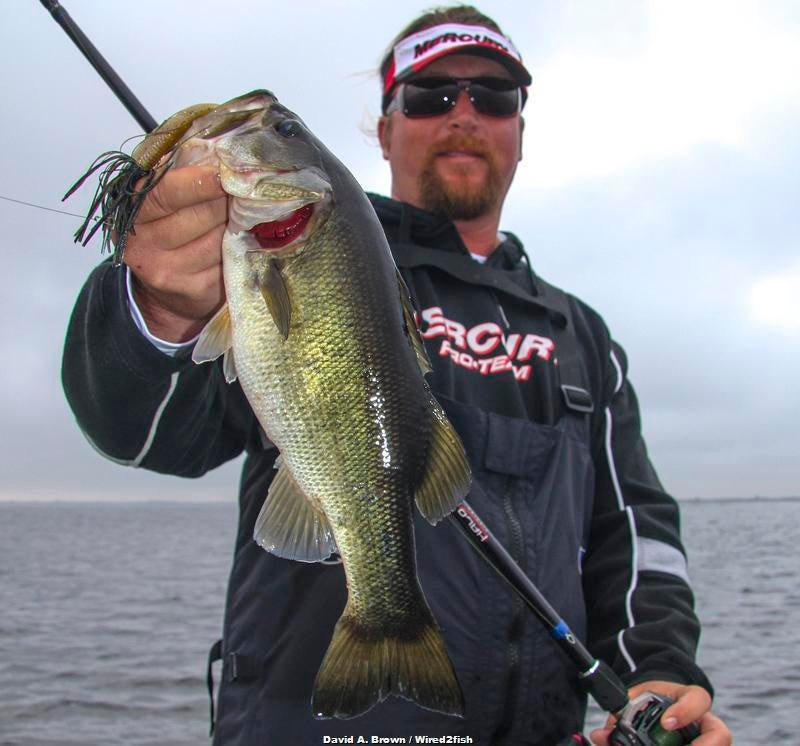 Get in and get out

Kenney selects his punch weight based on depth and mat density, but he said 1 ½-ounce tungsten weight is his most common choice. If he can get away with less, he will.
He’s picky about his selection, though. Braided line takes a beating inside a dense tungsten weight and any rough spot can cause abrasions culminating in a break-off at the very worst moment. Therefore, line-shielding inserts like those in his Reins Tungsten weights he feels are a must.

Of course, regardless of activity level, separating a hooked fish from a grass mat still takes a beefy outfit. Kenney’s had a hand in the R&D efforts of Florida-based Halo Fishing, particularly the development of his 7-foot, 11-inch extra-heavy signature series titanium flipping rod. Pairing that with a 6.4:1 Bass Pro Shops Johnny Morris reel and 65-pound braided line gives him all the negotiating power he needs to yank a big fish through a few pounds of salad.

Purists might regard 65-pound braid and extra-heavy rods as overkill, but in these dense mats, there is no other way to get a 7- or 8-pound bass out.

The grass mat fishing has for Kenney, in recent years, availed winter fishing, contrasting what was once a sparse season.

“Now that we have heavy weights and heavy braided line, that’s what has pushed us to look into those grass mats,” he said. “Now, we’ve figured out that these fish are in these deep mats during the coldest time of the year, and we know how to reach them.” 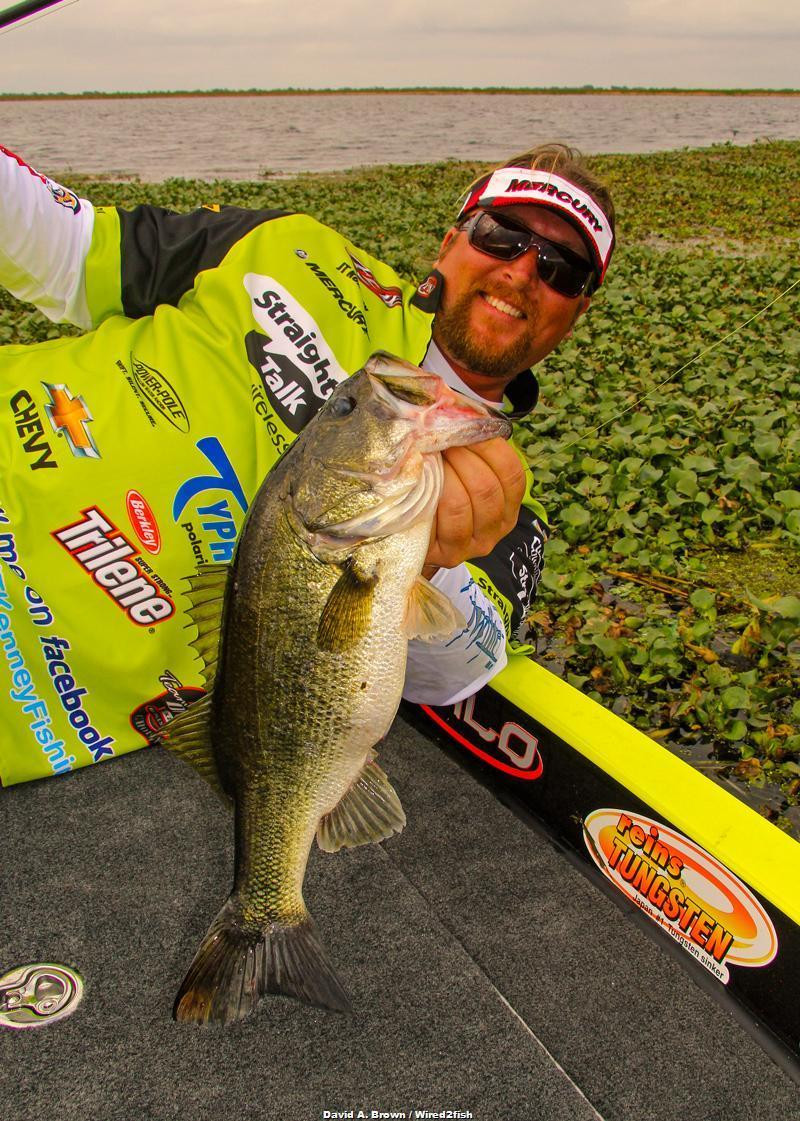