The last 12 months have been… unusual. That’s obvious on a global level and true all the way down to my own personal life and likely yours as well. As bass anglers, many other things have taken precedence this year as we’ve all run the gauntlet trying to survive the horror show of 2020. Now we find ourselves barely on the other side but still reeling from the effects of one of the wildest years on record.

This past year was actually a good one for me in a lot of ways. A lot of growth in both my personal and professional walks. All blessings I’m thankful for but the busiest schedule I’ve had since I got off the road. Some have seen similar growth and good fortune while others have had a little or a lot tougher year. To those of you struggling right now, I just offer a quick word of encouragement. Try to focus on the good in your world until things level off, because what we focus on becomes clearer and larger. The same holds true if we focus on the bad.

While this year has been good for me in a lot of ways, my bass fishing tackle looks like it hit 2020 head on. I’m between boats right now, trying to decide if I want to go all in on another newer one or purchase a project boat for under $10,000. So anytime I go fishing, it’s with someone else and I just have to grab a few boxes and baits and throw them in a bag for the day. Then I dump that bag out at the end of the day and start over for the next trip.

I tell you all this in an attempt to justify this absolute mess you see here. My fishing tackle, as I imagine has been the case for several of you out there, has taken a back seat to surviving 2020.

But it’s a new year and spring is right around the corner. So it’s time to do some major spring cleaning, conduct a thorough inventory of my tackle and restock as quickly as possible with so many products backordered and out of stock this year. Here are a few tips for you to do the same.

Establishing some semblance of order

Hopefully your bass fishing tackle isn’t in quite the state of disarray mine was in, since mine was as far from the OCD order I like to keep things in as it has ever been before. For my spring cleaning to begin, I had to do nearly a complete clean sweep and just start over from scratch. In order to get the ball rolling so I could do a thorough inventory, I had to start with storage. I lined up my boxes and started sorting things out.

I like to mix it up with my storage options, both in the sizes and shapes of the boxes as well as the brands. I have certain Flambeau, Plano and Bass Mafia boxes along with a few others I really like. The Flambeau 4510 is by far my favorite box for storing the majority of my tackle like soft plastics, hollow body frogs and other baits I like to keep in their bulkier original packaging. The only issue is that this box doesn’t have a waterproof seal, but it does have Zerust components that help to cut down on rust.

Then there’s my Bass Mafia Bait Coffin 3700 Deep that houses the majority of my mid-range to deeper-diving crankbaits. It does have a waterproof seal and can store A LOT of baits. And then there’s the Plano XL Dry Storage which I use to store spools of line and extra reels. So I took all of these boxes that I had and sorted out all my loose lures and packages until things were back in order. 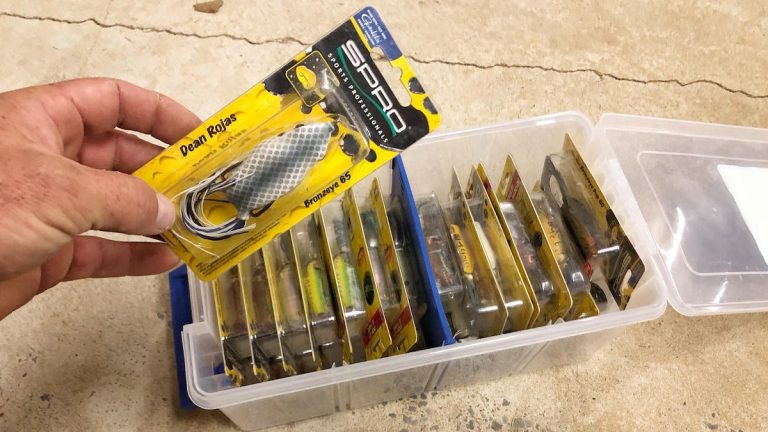 This seems pretty self explanatory, but it can be a little trickier than you’d think this year. In the past, I’d only focus on the things I’d need for the next month or two when taking inventory of my tackle. But supply issues this year are throwing lots of kinks into that strategy. We’ll get into a tip to get around that in a few. But the main point is you have to be thinking about the needs of now and what you’ll need then, when you’re doing inventory this year.

Get a hard count on how many football jigs you have for the prespawn, but also the number of flipping jigs you have for fishing around the spawn, as well as swim jigs for the post spawn and shad spawn. You need to either be ordering or on the lookout for things right now that you may not even plan on using for the next 5 or 6 months. Because if you wait til the last minute, you may find yourself reliving a similar situation to the toilet paper shortage of 2020 where you’re swimming a flipping jig just to get by while your buddy is sitting over there on his hoard of metaphorical T.P.. It’s a bad deal.

Still, that’s easier said than done. Some baits and products used for fishing have vastly different shelf lives. So you can’t just pile up everything, because there will be a good bit of inevitable waste if you do. Instead, be thoughtful when restocking for the long term.

What to stock up on and what to hold off on 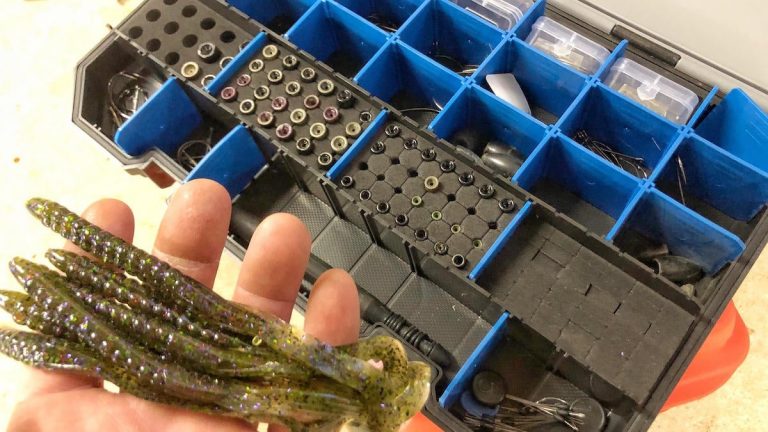 Terminal tackle like tungsten, hooks and jigheads are fine to load up on to be used down the road. As long as you keep them in a secure and dry environment, time won’t do much to them. But certain things like line, soft plastics and skirted baits are a little tricky. Line is one that really needs to be stored in a particular way in order to increase its life expectancy. You can check out more on that in this article on how to reasonably store fishing line.

Then the biggest no-no I’ve run across when stocking up for the long haul came with skirted baits. Things like jigs, buzzbaits and spinnerbaits often have a rubber collar that can deteriorate. A particular spinnerbait I really liked years ago was discontinued so I bought all of them I could find and planned to ration them out over time. Well after about a year, I went to grab one and the skirt fell off as I pulled the bait out of the packaging. I looked and all the others I had were on the brink of falling apart as well.

There are a couple of workarounds here; either buy baits that have hand-tied skirts or use a small cable tie to secure the skirt as soon as you buy the baits. The Ziptie trick works really well at keeping the skirt together on any bait that has a rubber collar. 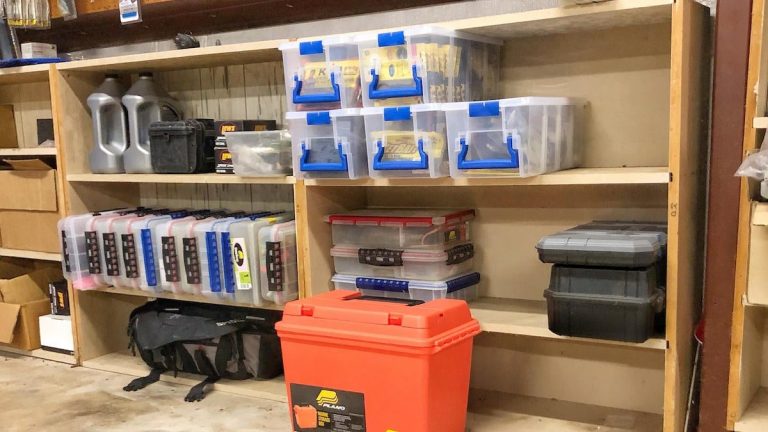 If you’ve visited an online retailer or any sporting goods store the last few months, you’ll have quickly noticed a lot of SKUs and shelves are empty. Between the burst of popularity in bass fishing over the last year and the breakdown in manufacturers’ supply chains, retailers have been unable to maintain stock in many products. Tackle Warehouse is where I buy most of my tackle and has not been immune to this either.

Tackle Warehouse is taking backorders on some products, so go ahead and get in line for anything you can that you want now or in the foreseeable future. But they haven’t been taking backorders on all products. So if you keep a close eye on the site, it’ll be first come, first serve for some things when they do receive stock. And they’ll still likely be one of the first to get things in since they are such a large retailer.

To sum things up, whether you have a full-blown debacle on your hands like I did or just need to run through and take a quick inventory, now is definitely the time. Think short term and long range when deciding what you need to add to your arsenal, but don’t go overboard until you consider the shelf life of everything you’re stocking up on. And if what you want is out of stock, keep a vigilant ear to the ground and eye out while you wait. Things are sneaking back in stock here and there periodically and the early bird gets the worm… or so they say.