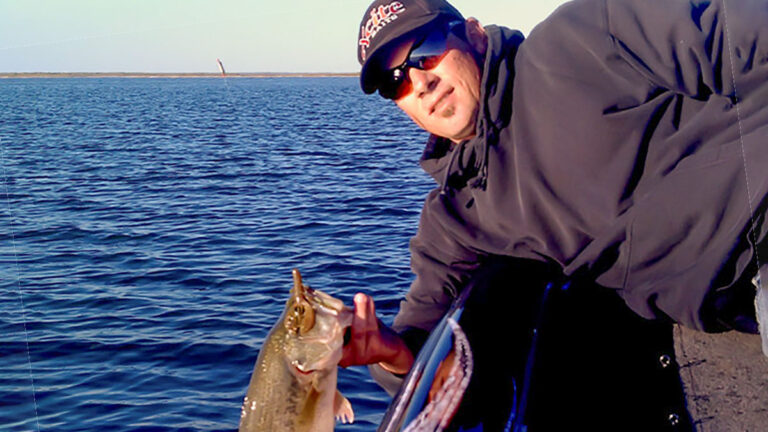 When you read about grass fishing it’s always power fishing techniques. Big heavy line, punch bombs and wrecking sticks. Braided line, big EWG SuperLine hooks, and thick plastics are the norm. Early in the year, however, when the grass is just starting to emerge or the grass is dormant and the live stalks might only be 3 to 6 inches tall, several savvy pros have found that a “hunker-down-and-finesse” approach often pays bigger dividends.

“A lot of guys will pick up a Rat-L-Trap and chunk and wind around that short grass,” said Bassmaster Elite Series pro Grant Goldbeck of Texas. “They can cover a lot of water that way, but when the water is still cold, they are only going to get a few active fish to react to the Rat-L-Trap. I come behind and hunker down in an area I feel has fish and really work it over and catch a bunch of less active fish.”

Goldbeck lives in Texas now and loves being able to head south to his favorite lake, Falcon, and catch bruiser bass when it’s cold just about everywhere else in the country. But the pro cut his teeth fishing on the Potomac River in Maryland where grass is everything in bass fishing. He’s also learned to adapt his finesse soft bait approach to the deep clear waters of Amistad where new emergent grass may start growing in 20 feet of water during the prespawn.

“I’m generally a jig guy, but this time of year the fish are just lying around basically on top of the dormant or new grass,” Goldbeck said. “A jig can sink down into the grass and get lost.” 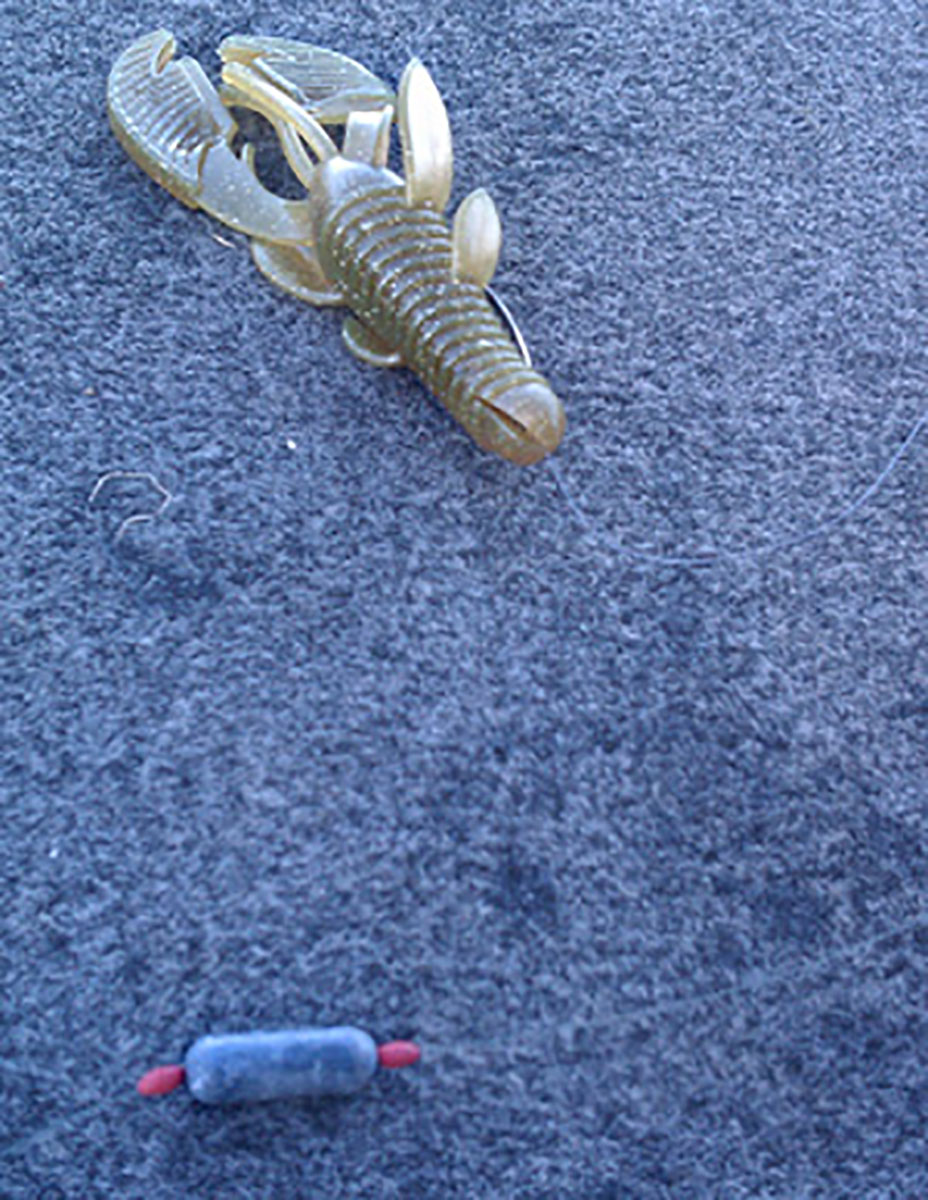 Instead Goldbeck puts down the jig rod and picks up a spinning rod and reel. He spools his reel with 8-pound fluorocarbon and then joins a small monofilament leader to the fluorocarbon line. He joins the two directly with a blood knot. Above the knot, he has a Mojo weight with two bobber stops to keep it in place to form a finesse type Carolina rig.

The monofilament leader keeps his baits up more and riding on top of the grass where he feels the bass are sort of just laying around leisurely not really in a mood to chase. With a 1/8 to 1/4-ounce Mojo weight, he can actually feel for shell and hard bottoms in and around the grass while not pulling the bait down into the short new year’s grass.

“I do it on the Potomac River and Lake Amistad, and it worked real well on Guntersville too,” Goldbeck said. “A jig will bury up and disappear, so I need something that will lie up on the grass. Those bass are lethargic. While a lot of guys are running and gunning and catching one here and one there, I like to hunker down. I don’t like to run when it’s cold.”

He puts a 3/0 light wire EWG hook at the end of the mono leader which he makes just a bit longer than the height of the grass. The light wire hook keeps his favorite plastics just resting on top of the grass. His soft bait of choice is either an Xcite Raptor Tail 7-inch worm or an Xcite Raptor Tail Craw Jr. The plastic floats or sinks very slowly with a hook or small weight in it.

Just like any other great system and situation, though, it’s all about location.

“I’m looking for flats that have deepwater nearby that are leading towards where I think they bass will spawn on a fishery,” Goldbeck said. “The bass will gang up and collect in an area to sun and feed and wait until the water gets right to go ahead and move up to spawn. These will be those flats adjacent to creek channels or mouths of bays are often good places to look first.”

Those flats will see a lot of sun and that helps new grass begin to germinate and grow. The grass is often soft, short and plush and the bass will often just rest in and on top of the grass, collecting the warmth from the sun in 3 to 6 feet of water.   If the flat is way off by itself and a bass has to swim a half mile to get to deep water, it’s probably not going to be as good, even if it has grass.
Goldbeck opts for the new Pinnacle rods and reels for his finesse fishing. He pairs a Performa XT spinning reel with a Perfecta 6-foot, 8-inch medium action with extra fast taper spinning rod.

With this setup he fishes his Mojo rig a lot like a Carolina rig but the critical aspect is to stop the bait often and just let it sit. The more you can let the bait just sort of rest and move with the natural currents on top of that grass, the more the bass won’t be able to resist.   Move the rod from side to side slowly focusing on just barely moving the worm. Then throw in an extra long pause. Often you’ll just feel your line slowly tighten up when you’re not moving the bait at all.

One back up presentation that Goldbeck likes a lot as well for this type of grass situation is a small light wire and light weighted swimbait hook. He’ll rig the Raptor Tail Craw Jr on and just slowly swim it or crawl it over the short grass. It can be more of a reaction bite but still a lot more subtle than a lipless crank or jig.

Goldbeck, like most pros, keeps his color choices simple. Green Pumpkins, watermelons in clear water and maybe something a little darker in dingier water like junebug or black and blue.

Anglers should use caution because when that water creeps up near 50 degrees, the big girls will start moving into these areas and Goldbeck has caught some giant bass with this approach. You just have to be patient and not over fight the fish. If the grass is short, then snags will be less likely so play the fish down.

He also advises really working a flat thoroughly if you catch one good fish there. Oftentimes in the prespawn, before they move up on beds, they can really be ganged up staging, and there are likely many more fish using that same area.