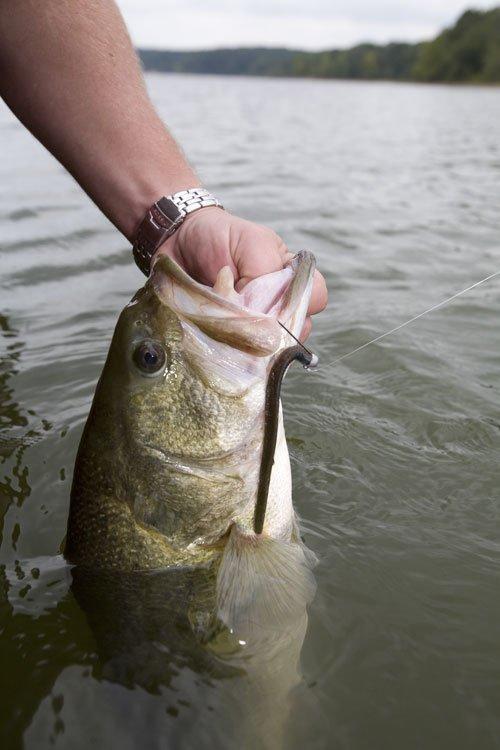 Bass Fishing, or any type of fishing for that matter, is all about understanding fish, understanding the habitat around them and how they relate to it and understanding the best tools for each situation that arise surrounding said habitat.  Outside of that, we often make fishing harder than it really is. It can be as simple as finding some cover and fishing it effectively at the right time.

In the last Cover Class, we talked about stake beds, a man-made structure that often attracts baitfish which in turn attracts bass, crappie and various other species of fish. These pieces of cover are placed in lakes manually for the sole purpose of attracting fish. Another man-made structure serves a more practical purpose but can attract fish even better at times.

A culvert or a concrete drain is also a man-made structure on various fisheries. Sometimes it’s nothing more than a way to funnel runoff rains into a body of water from different areas where you don’t water pooling. Other times it’s used to control over filling and refilling of backwater areas. Some guys have fished through them to the other side to reach a promise land of bass, like John Cox showed us in the FLW Tour event on the Red River this year.

But the actual drain itself can be a bass magnet at various times of the year.

In the spring, warm rains can send much warmer water into the lake and the bass will roam around the drains staying closer to the warmer water and chasing forage that often congregates. During the summer, the current can put fresh oxygen into the water and create an easy feeding zone for the bass. In the fall, these hard structures can often create ambush points and running water is usually not as prevalent in the fall, but they can be very attractive fish holders when they are flowing water into a bay or creek.

Understanding how the fish will position on these structures leads anglers to better catches. Often depth is the critical factor in how you should fish them. If they are in shallow water, moving baits can work well. If they are on steeper backs as they often are, they can provide great cover, fresh water and are perfect for more contact oriented baits like jigs and Senkos.

The first 20 pound limit I ever caught on Kentucky Lake was fishing a runoff area with the majority of the fish coming from a hard concrete drain. We were catching the fish leading up to the concrete structure and going away from it with shallow crankbaits in very cool water in early spring. Some 60-70 degree days brought warm rains that brought an influx of very warm water into the lake. Each time we made a pass by the concrete drain, we would pitch jigs and shaky heads into it and let them tumble away from it. Nearly every pass we connected with good fish. From nice spotted bass to big largemouths to very thick smallmouths, every type of bass seemed to be feeding in and around the drain.

Vic Vatalaro won his first tour level bass fishing tournament on Lake Dardanelle in August of 2009. He used his side imaging to scan along flooded banks in a few bays and found where the drains and culverts were completely submerged in the muddy water. The water was coming out of the backwater areas and was actually a little cleaner and refreshed than the mud-filled rest of the fishery. The current was pushing the mud away from the structures. He was able to pitch tubes and shaky heads around the structures to catch enough bass in one of the toughest FLW Series tournaments on record.

The biggest stringer of bass I’ve personally ever caught weigh 29 pounds, 5 ounces. I caught all of the bass pitching a senko in and around the current that was blowing out of a concrete drain in a small lake in Northern Arkansas. The lake was cold but was warming and the fish were grouped up waiting for the water to get warmer so they could move shallow. The drain had 20 to 30 feet of water out in front of it. I tried fishing a drop shot out in front of it, but it wasn’t until I started pitching a Senko next to the current of the drain and just letting it sink slowly that I started catching big bass.

My theory is the current was coming out of the drain so hard that the baitfish would get disoriented and sort of spin out of the current into the slack water next to it and the bass were waiting with their mouths open in the slack water. I caught six bass weighing more than 5 pounds that day. My five biggest were 29 pounds and change; all caught on light line and a Yamamoto Senkos rigged weightless. It was a painful way to fish, letting that bait fall sometimes 20 feet before seeing my line jump or start tightening up.  But understanding how the fish were relating to the drain and the current from the drain was the key to the big catch.

Jigs are a great tool around culverts and drains, as are soft plastics and crankbaits.  You can deflect and ricochet off the structures themselves and tumble around in the current often found near them. Be sure to check your line often, especially when fishing around the metal variety. These places often have rebar, rip rap rock, rusted metal and other line destroying obstacles to be concerned with when fighting bass.

We love to fish drains and culverts when the timing is right. Current can often be key but even slack water can hold fish because the hard structure is a regular feeding area for bass. A Rapala Shad Rap, a small Eakins Jig, a shaky head and a Zoom Trick worm and a Strike King 1.5 Square Bill are some of our favorites. How about you? What baits have you found that are real drain and culvert killers for you?