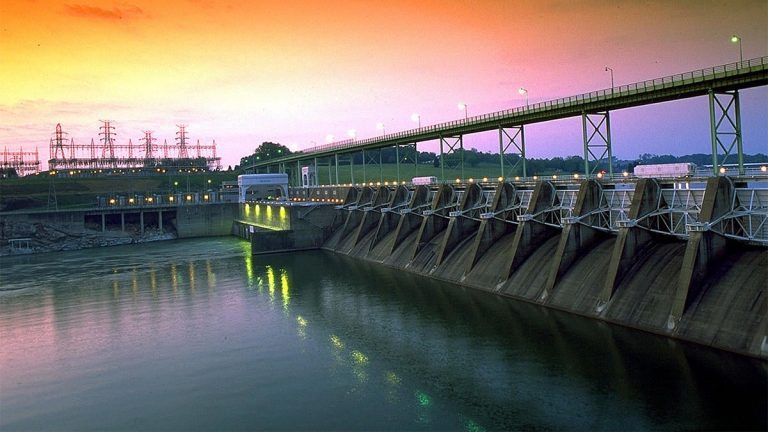 Crews are currently on scene below the Ft. Loudon dam following a tragic boating incident. According to the Tennessee Wildlife Resources Agency, 51-year-old Eric Mowery of Heiskell, Tenn. is missing after a fiberglass fishing boat was sucked into the dam’s spillway. The boat capsized and the other occupant, 44-year-old Steven D. Musick of Jellico, Tenn. was also pulled into the water but was quickly rescued by nearby fishermen. Multiple search teams are assisting with rescue efforts for Mr. Mowery.

Below is the full release from TWRA:

The Tennessee Wildlife Resources Agency is releasing the identity of the fisherman who is missing below Ft. Loudoun Dam following a boating incident.

Eric Mowery, (51), of Heiskell, Tenn. went missing after a boating incident below Ft. Loudoun Dam on Saturday. Wildlife officers say that Mowery and Steven D. Musick (44), of Jellico Tenn., were fishing from a fiberglass boat that was pulled into the cascading water from the dam’s spillway. The boat capsized sending both occupants, who were wearing personal flotation devices, into the treacherous waters. Musick went underwater several times but was pulled to safety by nearby fishermen, while Mowery went under and never resurfaced. The boat was pulled into falling water from the spillway but washed out and has been recovered with heavy damage.

Rescuers from Loudoun Co. Homeland Security Marine Rescue, Loudoun Co. Fire and Rescue, City of Loudoun Fire Dept., Lenoir City Fire Dept., Tellico Boaters Assistance Response Team and TWRA are continuing the search for the victim today. The area immediately below the dam is too treacherous to search due to continued spilling water, so crews are covering as much downstream water and shoreline as possible. So far, search teams have covered about 12 miles of the river.

TWRA offers thoughts and prayers for the victim’s family and friends.

Wired2fish is closely monitoring this situation and will provide updates as we receive them.