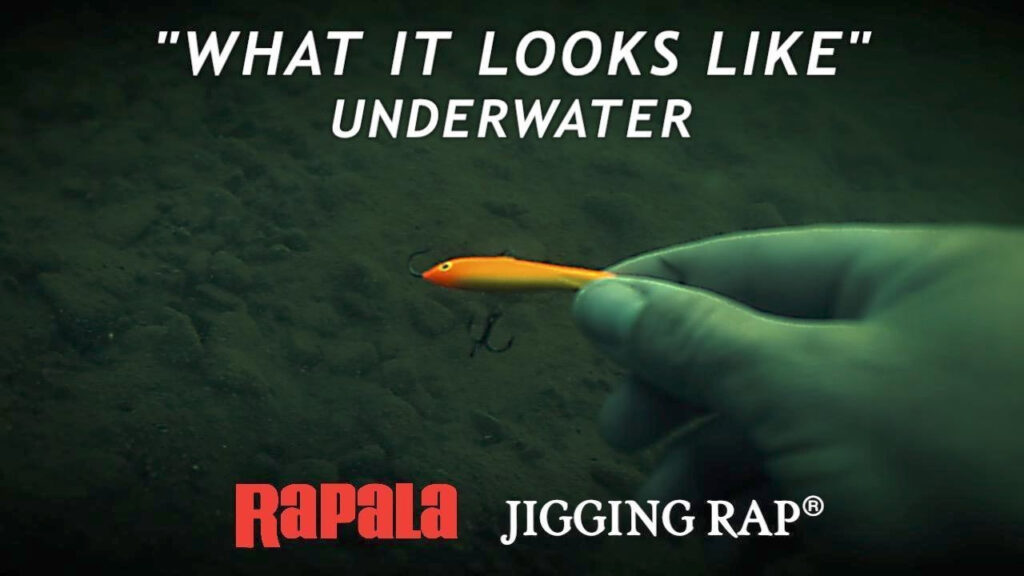 Originally designed as a lure for the ice fishing market over 40 years ago, the Rapala Jigging Rap has catapulted into a global success story for multi-species open water action. Legendary angler Al Lindner blew the lid off this bait in the walleye world, catching huge numbers of fish in short order by snap jigging the bait across clean bottoms.

Professional bass anglers with the likes of Jacob Wheeler, Brandon Palaniuk and scores of hush-hush fish heads across the country have experienced excellent success with the bait for largemouth and smallmouth bass, particularly during the cold water period. It works excellently for bass feeding on suspended forage, around treetops and even near the bottom.

Regardless of your target species, predator fish are drawn to the Jigging Rap’s darting side-to-side motion when jerked, as well as its minnow profile when hopped in place and even held dead still.
Generally speaking, bass fisherman have the most success hopping the bait in place or holding it still Damiki Rig-style. Snap jigging along the bottom produces the most consistent walleye catches, although vertical jigging with pauses can be a consistent producer.

It’s reasonable to question why fish are so susceptible to a piece of lead teaming with hooks. We hope the underwater video helps answer the question. For a bottom-based analysis, darter minnows of several species exist nearly everywhere, and few baits match the movement and profile of a darter minnow like a Jigging Rap hopped along the bottom. It’s reasonable to assume then, that the rapid-fire movement of the Jigging Rap elicits immediate reaction strikes as the bait lands near fish. Same could be said when fished vertically – small fish often dart around remarkably fast when preyed on.

There are no hard and fast rules though when it comes to fishing a Jigging Rap, with many anglers devising their own methods and times to fish this lure with impressive results.