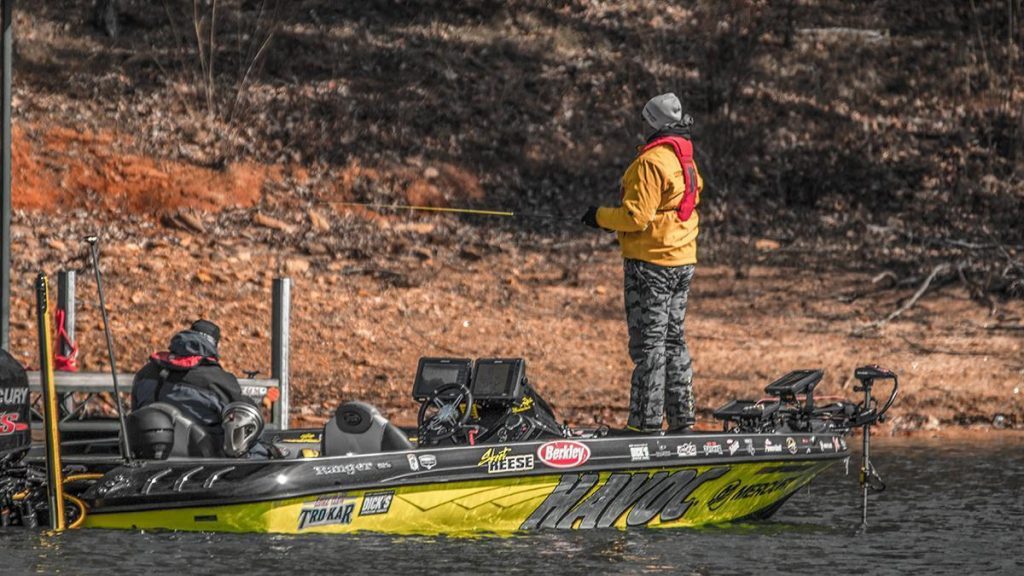 Currently the average bass rod is over 7’ in length, but under the 8’ length limit that has been imposed for B.A.S.S. and other tournament circuits. However Skeet Reese, professional angler and Eagle Claw Wright & McGill pro-staff team member, has recently played the key role working with B.A.S.S. to change the rules that will now allow rods up to 10’ long to be used in competition starting in 2017. As a result, Eagle Claw ® Wright & McGill is leading the way to introduce six new Eagle Claw Wright & McGill/Skeet Reese Tournament Series telescopic models available at retail by May of 2017. Working hand-in-hand with Skeet Reese, we have designed and tested each of the six models.  We have ensured they meet the needs and requirements of the most demanding anglers and will function flawlessly under tournament conditions all the while providing a competitive advantage by design.

Eagle Claw Wright & McGill and Skeet Reese were determined to bring to anglers an assortment of rods that are not just longer, but are longer by design with a purpose. Each length and action was designed to give anglers a competitive advantage in demanding conditions. The use of the Eagle Claw Wright & McGill proprietary Pro Carbon and S-Curve blank technology has allowed us to build long and powerful yet lightweight rods that would not fatigue an angler during a long day on the water. In addition, in order to provide better balance and rod control with rods reaching the 10’ length, we’ve added engineered counter balance weights in the butt of the rod to reduce realized tip weight and make casting easier. Every rod has gone through critical testing to determine the precise handle length that provides balance, along with incredible leverage to maximize casting potential. One important component on the casting models is the use of our patented “Double Trigger” reel seats. This patented reel seat use on the longer casting rods in the telescopic series has proven to provide industry leading leverage while casting, cranking, setting hooks and playing big fish 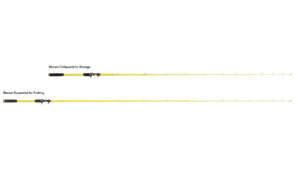