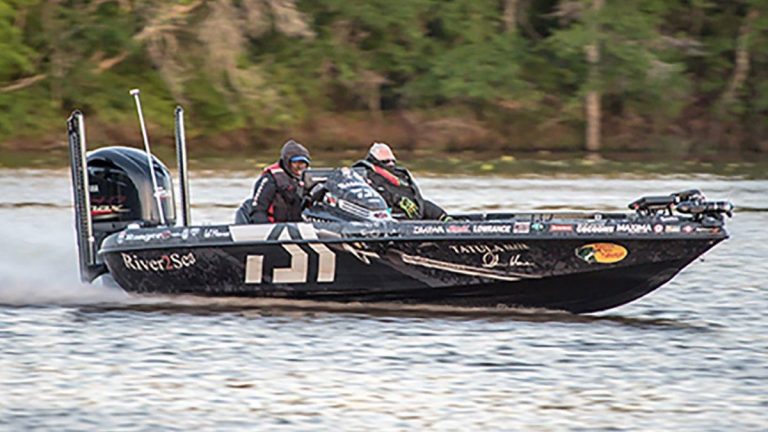 Where do you start fishing? When do you leave for a new area? Which lure might work best? As a fulltime bass tournament competitor, veteran Yamaha pro Ish Monroe has to answer these questions every day of competition, so he tries to simplify the process as much as possible.

“The decision-making process really is the hardest part of professional fishing because your decisions will dictate not only how your day may go, but perhaps also your entire tournament and ultimately, possibly even the entire season,” explains Monroe, a nine-time Bassmaster Classic qualifier. “The questions come every day, sometimes several times a day, in every tournament on every lake, too.”

Over the years, Monroe has learned to make at least one of the most critical decisions, where to start fishing each morning, in advance. He tries to begin in an area where he believes he has the best chance of catching big bass by using either his favorite technique or lure.

“That’s part of fishing confidently,” the Yamaha pro continues, “and to me it’s extremely important. You always hope you can catch your fish using a lure and presentation you really like to use. Believe me, when you catch five nice bass pretty quickly the way you want to catch them, your confidence soars and your entire day goes so much better.”

His first Bassmaster Elite Series win in 2006 at Lake Amistad required a huge on-the-water decision early on the third day of the event. Monroe was sitting comfortably in the top 20 in the standings, but felt like he needed to go to a new area. The most basic rule of tournament fishing is never to leave fish to find fish, but he did leave, started fishing totally new water, and caught 35 pounds of bass in just two hours. He won the tournament with a four-day total of 104 pounds, 8 ounces.

“Moving to new water, for me, is a quick decision that I don’t agonize about,” he says. “I don’t give myself a time limit to fish an area. I have learned that in tournament fishing it’s always best to follow your first intuition, because it usually turns out to be right. That’s just what happened that morning on Amistad. I can’t explain why, but every bass tournament pro will tell you to follow your instincts, and the longer you fish, the easier it becomes.”

There are times, however, when the decisions are not as easy, and in these situations Monroe simply has to stop fishing and re-group, or as he describes it, start his day over again. He’s had to do it in practically every tournament during the 2017 Elite season.

“When everything you planned for falls apart, when the bass just stop biting or when the wind and waves have made your best area unfishable, I like to take a few minutes to re-organize my thoughts and take a little longer to make my decisions,” he says. “The hardest part is deciding that you do have to stop and get re-organized.

“I don’t look at the trolling motor, the electronics, or even at my rods and reels. I just sit down, drink a bottle of water, maybe eat a sandwich, and basically try to analyze what’s happened, why things have changed so quickly. Sometimes I decide to vary my lures or presentation, and at other times I decide I do have to move to a new location, but what this time-out period really does is get me re-focused.”

Monroe remembers making himself do this during another tournament at Amistad. He’d caught plenty of bass the first competition day by flipping a jig into flooded bushes, but that bite totally disappeared the second day. He sat down, looked around, and noticed some shallow rocks not far away. He put away his flipping jig and picked up a shallow-running squarebill crankbait, and promptly caught two 4 1/2-pounders on back to back casts.

“You have to fish what you feel,” emphasizes the Yamaha pro. “The decisions you face on the water will always be part of tournament fishing, but with experience, they do get easier to make.”