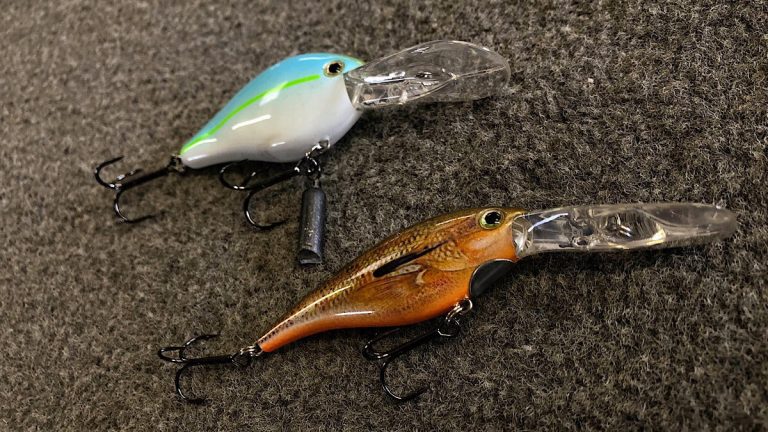 In a world full of clickbait, there are a few trigger words that can be hard to stomach — “secret” being one of them. That being said, when we do stumble onto something a little obscure from the fringes of fishing, a secret is a good way to describe it. When that secret is about cranking and comes from the crankbait master Kevin VanDam, then “best kept” is a necessary precursor.

He rarely talks about it

“I’ve weighted crankbaits for a long time,” VanDam said. “Before we had XD series crankbaits, I weighted Series 5s and Series 6s for years just to gain extra depth in the summer. It’s something I learned a long time ago that helps the effectiveness of certain crankbaits in certain situations.”

KVD has taught the majority of us the majority of what we know about cranking. But the process of weighting crankbaits is one thing he’s rarely spoken about. And according to VanDam, the winter months are a critical time to take advantage of this tip.

VanDam is a big believer in flat-sided crankbaits and their effectiveness in the winter months when the fish are neutral, so he designed the KVD 1.5 Flat and the Lucky Shad to be used in colder water conditions.

“There are lots of times where you don’t have to do anything to them. Like in November it’s still not too cold to catch them even up where I live, but it’s getting that way. Come January, especially in the middle part of the country, you definitely have to get that bait down a little deeper and in the rocks.” 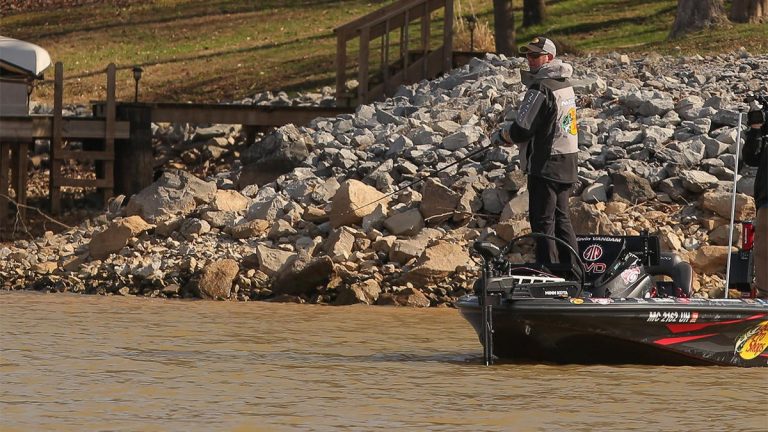 The Lucky Shad is a very light bait, so VanDam recommends throwing it on spinning equipment and 8-pound fluorocarbon to get some extra distance and added depth to it. But even with the best gear in the best hands, throwing baits like the Lucky Shad or Shad Rap has often been compared to trying to cast a potato chip. A heavier bait is obviously easier to cast. So a little added weight can go a long way in boosting the bait’s performance on multiple levels.

“I’ve learned that with any of those baits, it’s better if you weight them. It’s not because you need them to suspend necessarily. And I don’t want them to sink like a rock, but I don’t mind if they sink. I want to do everything I can to maximize the depth on them when it’s really cold.”

Weighting the bait not only helps with casting and increasing its depth potential, but it also allows you to reel the bait slower. Without the added weight, you have to depend on the physics of the bait’s lip to get it to the bottom and keep it there. The faster you reel, the harder the lip pulls against the water and the deeper it dives. But in the winter, you want to crawl a crankbait like this as slow as possible.

How to do it

So adding weight to a crankbait in the winter helps in three ways: depth, castability and rate of retrieve. But how do you actually do it?

“There are a few different ways you can weight them,” VanDam said. “The balance point on a crankbait is right by the throat or just forward of the front hook hanger. That’s where you want to add the weight. You can use Storm SuspenDots by just sticking them to the bait in that area. The SuspenDots are good when you don’t need to add a lot of weight. But if the bait needs a considerable amount of weight, then it just takes too many of them and they don’t stay on there very well.”

VanDam even mentioned a company he tried at one point that made what amounted to a tungsten silly putty, though this was a messy find and difficult method to use when really fine tuning the weight needed.

“I had a guy, way back in the day, teach me how to weight suspending jerkbaits like the old Rogues and the old number 18 Rapalas,” VanDam said. “We’d drill them and put led plugs in them and I still have some of those that I’ve done.”

Of all the methods VanDam has tried though, the SuspenDots work best when only needing a little extra weight. But what if you need a considerable amount of weight?

“I’ve learned a lot simpler and quicker way to do it with clip-on weights that I add to the front hook hanger of my crankbaits. The ones that I use are some that Shaw Grigsby used to market for tubes. I don’t even know if you can still find them but I have a bunch of them. If you can’t find them, you can open up the eye of a lead dropshot weight and do basically the same thing.” 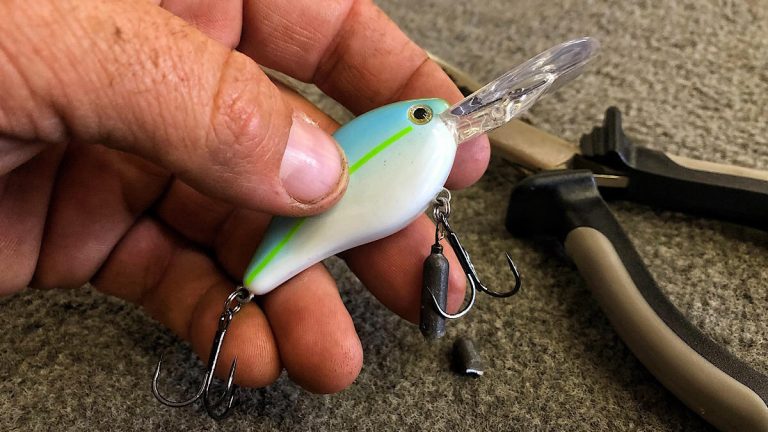 But how do you know how much weight to use? That’s where hanging a weight like this really shines. You can field test and fine tune the bait in real time on the water. The buoyancy of a crankbait is basically determined by water temperature and the elevation above sea level of the fishery. So tuning a bait in the sink or swimming pool at home doesn’t translate when you hit the water.

“I built a 1.5 Flat on purpose to have a real slow rise to it,” VanDam said. “So the warmer the water, the faster the rise is. You can weight one for 50-degree water in your sink, but when you go to the lake and it’s a different elevation, it changes everything. So you kind of need to check them on sight, and that’s why it’s nice to be able to fine tune it there.”

VanDam starts by attaching a fairly heavy weight. He places the bait in the water and checks it. If the bait is sinking really quickly, he’ll take his side cutters and clip a little of the weight off, then repeat the process until the bait hits that sweet spot between suspending and a very slow fall.

As the water temps bottom out, try weighting your wintertime crankbaits to maximize their effectiveness. A little extra weight will kelp you throw them farther, get them deeper and keep them there longer. Although, there are several ways to add the weight, there’s only one place to do it – just forward of the front hook hanger. And one weight doesn’t fit all, so be sure to tune your bait on site. Once you have the weight dialed in, you’re going to be able crank up just as many as Kevin VanDam. Or maybe just a few less. But hopefully more than before.