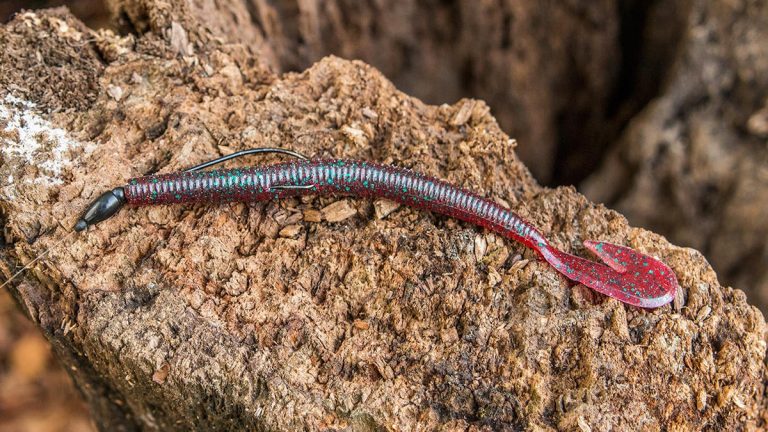 I live in the south and for as long as I can remember, the original Zoom Ultravibe Speed Worm has been an absolute staple when fishing shallow water. Whether you’re fishing shoreline grass, lily pad stems, submerged vegetation or even boat docks, it’s a well known producer in many situations.

But little did I know how effective its big brother—the Zoom Magnum Ultravibe Speed Worm—is in similar situations. My good friend and Elite Series pro Patrick Walters turned me onto this oversized swimming worm last year and couldn’t say enough good things about it. He’s one of the best anglers in the country, so I listened to him and decided to order 10 packs and try them on my home lakes.

The result has been nothing short of impressive, to be quite honest. If you haven’t tried this worm yet, you’re missing out on a really special bite that not many anglers have picked up on yet.

You can cast it a mile 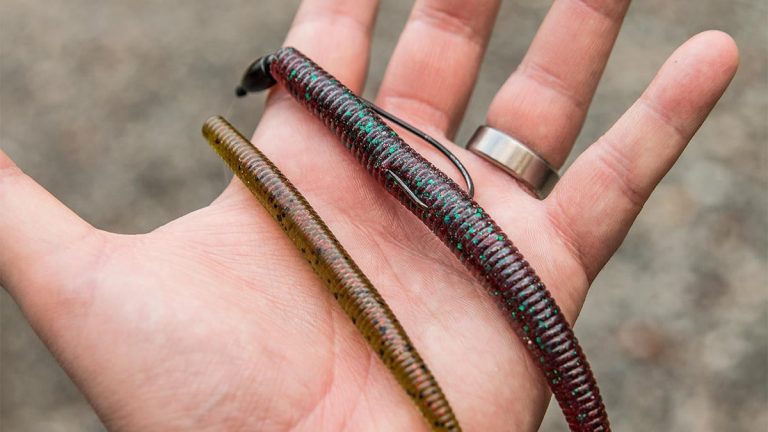 This has become one of my favorite options for covering shallow flats. Anywhere anglers would normally cast a spinnerbait or swim jig, I’ll actually throw this Zoom Magnum Ultravibe Speed Worm and catch a bunch of bass. There have been several times this past year when I have caught several quality bass behind people while fishing with this worm.

I think alot of this success comes from its castability. This is a thick, full-bodied worm and with a medium-heavy or heavy-action rod, you can just about cast all of the line off of your spool when you bomb a cast with it. This allows you to stay off of “the juice” and dissect shallow-water areas without spooking nearby bass.

Having the ability to stay far away from good-looking shallow cover and eliminate any trolling motor noise is a huge deal and this worm has certainly proved that point over the past year.

They flat-out bite it 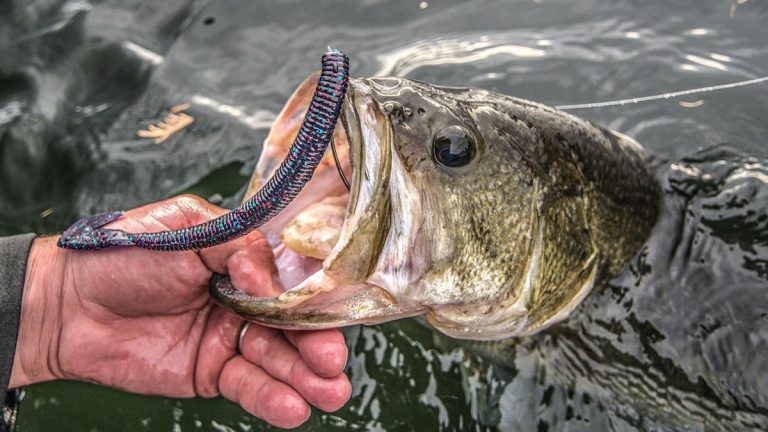 I couldn’t even begin to tell you how many bass I’ve caught on this worm. The Ultra Vibe paddle tail moves a bunch of water, but not too much, if you get what I’m saying. It thumps enough to use it in very muddy water (visibility of less than two inches) but it also produces in clear water as well, if you choose a natural color.

When you’re fishing this worm, you’re not going to feel much. It’s not going to feel like a spinnerbait or crankbait while you’re retrieving it. Essentially, it’ll feel like you’re reeling in a heavy stick-until you get your first bite. Just a slow, steady retrieve along the bottom or right above vegetation is all it takes to entice some really big bites with this worm.

Don’t worry about bite detection, either. The large majority of bites I get on the Zoom Magnum Ultravibe Speed Worm are unmistakable. They’ll nearly rip the rod from your hands. 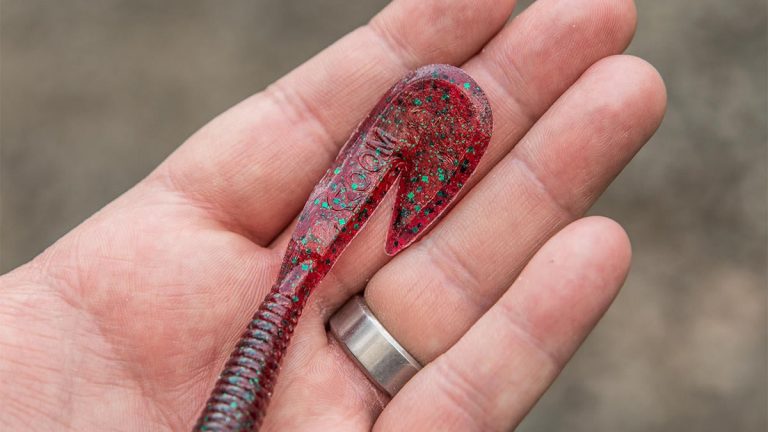 Most people will be inclined to rig the Zoom Magnum Ultravibe Speed Worm on a weighted Texas rig; that’s certainly going to be the most popular option. While that’s an excellent way to get a bunch of bites, it’s important to note two other effective options with this worm.

When the bass are short-striking my topwater lures, I’ll often keep a weightless Texas-rigged Magnum Ultravibe Speed Worm rigged and ready to go at a moment’s notice. It’s one of the best follow-up baits I’ve found for these short-striking topwater bass. It will leave a very small and subtle bubble trail on the water’s surface, but it’s not enough to spook the bass. In my experience, it will catch a lot of the bass that fail to fully commit to your larger, more obtrusive topwater offerings.

In addition, don’t overlook this worm on a shaky head. I know that might seem a little weird, but another friend of mine, Matt Henry, has whooped my rear end many days when pairing a Zoom Magnum Ultravibe Speed Worm with a 3/16-ounce shaky head. Although I couldn’t tell you exactly why it works so well, I suspect the vibration and water displacement of the tail gets a lot of extra attention. We have both used it in deep brush piles with a lot of success. It’s actually our No. 1 choice when it comes to those situations.

I really think this is one of those baits that most anglers should have in their collection. If you’re trying to catch bass on shallow flats or in deep brush piles, take my advice and rig up one of these worms. You’ll be glad you did.

The Zoom Magnum Ultravibe Speed Worm is available at these online retailers as well as others: