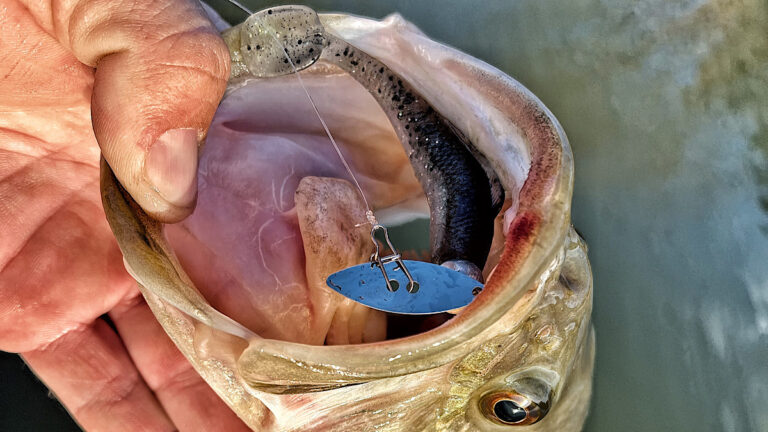 Today we’re going to be reviewing the Z-Man WillowVibe. I’ll go ahead and tell you right now, this one is a sleeper. If I were still fishing tournaments, I’d be hesitant to even write about. That’s how good and different I truly think this bait is. Though I’ll admit, I didn’t know quite what to think of it when I first saw it.

It is absolutely not something that Z-Man just threw together to pull a new product from their already-popular ChatterBait line. I tied it on, chucked it out and what I found was a new go-to bait for a tough bite. This thing is no joke. 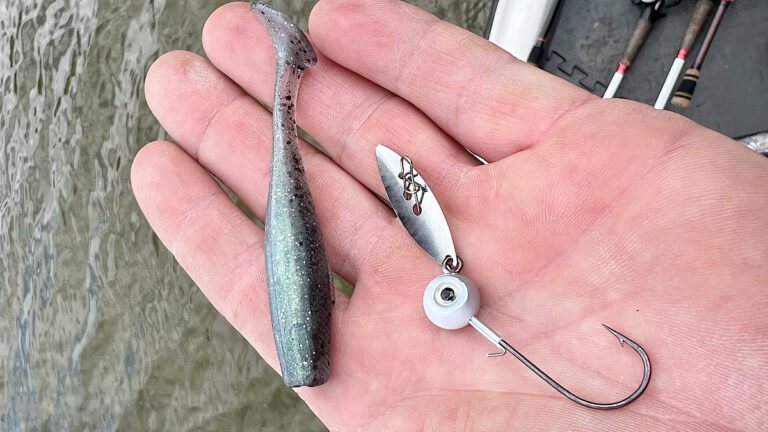 For starters, let’s take a quick look at how this bait is built. It’s basically a pill-shaped jighead attached to a small willow leaf blade via a clip. Again, this is a pretty similar setup to what you’d see out of a ChatterBait, as far as how the blade is attached to the jig head. There are key differences though between the WillowVibe and Z-Man’s ChatterBait lineup: there’s no skirt, the head shape is unique, it’s a good bit smaller overall and they used a willow leaf blade as opposed to the 6-sided blades used on their ChatterBaits.

The hook is relatively small as well, coming in at a 2/0. But it’s still a beefy little hook and I’ve caught and boat flipped a few bass pushing 3 pounds on it with no problems. There’s a bait keeper on the back of the shaft of the hook, placed strategically near the head of the bait to help secure soft plastic trailers. And that’s essentially it. Not that complicated looking of a bait, though I’m not saying it was necessarily easy to come up with, either.

It’s just a little different, and again, I was a little underwhelmed at first glance. But what I found when I casted it out, is that “a little different” is an awesome thing when it comes to this bait’s design. 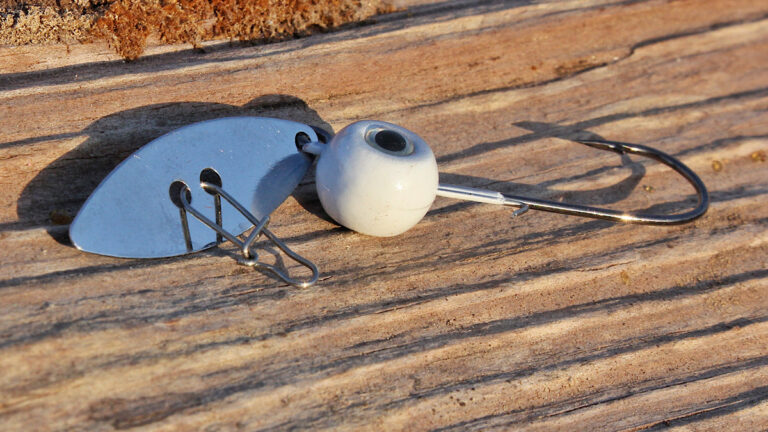 The first time I threw this bait, I was actually fishing on a pond stocked with Florida-strain bass. It was just after a cold front and the fish were shut down hard. I could hardly get a bite on anything, even a jig dragged slow on the bottom. So as I was looking through the tackle box, I came across the WillowVibe and figured, why not give it a try? I rigged up a Z-Man MinnowZ on the back and went to catching them right away, probably catching 12 to 15 bass before the day was done.

This is a bait that I quickly realized is very effective. Though some of you may turn your nose up to a guy catching a few fish in a pond on a bait and vouching for its effectiveness, I assure you this is one that will get bit on big bodies of water, too. As effective as a ChatterBait is, the new WillowVibe gives you a slightly more finesse approach to the same fish. A great in-between option instead of going straight from a ChatterBait to a swimbait.

What it fishes like and how to fish it 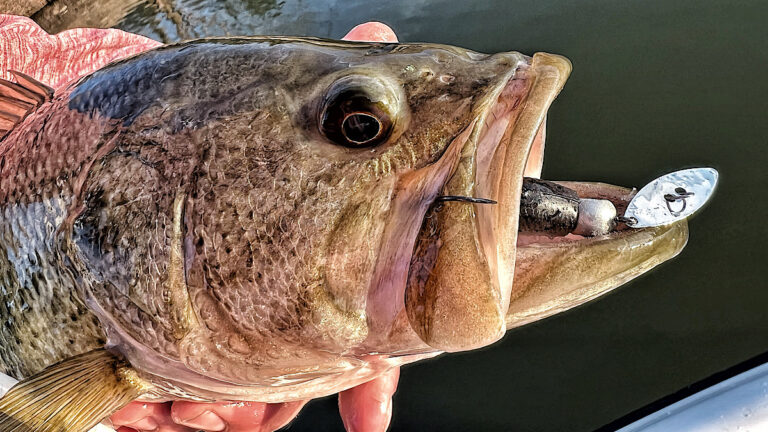 It really reminds me of a hard-kicking scrounger. A scrounger, for those who don’t know, is basically a jighead with a soft-plastic lip wrapped around it that you can rig up something like a Fluke or small swimbait on. Scroungers rock back and forth as you reel them in and give off some vibration. The WillowVibe really reminded me a lot of a scrounger, but with a little more kick; not a wider wobble, but a sharper vibration.

One thing about the WillowVibe is that you have to fish it pretty slow. Which is good in my opinion, because that’s the way you need to fish it in order for it to get bit. If you just cast it out and burn it back to the boat, the bait will blow out and spin in the water. Instead, toss it out, count it down a little and slowly start to retrieve it. You basically want to reel it just fast enough to get the blade to vibrating. Once you start to feel the blade kicking, just slow roll it on in. 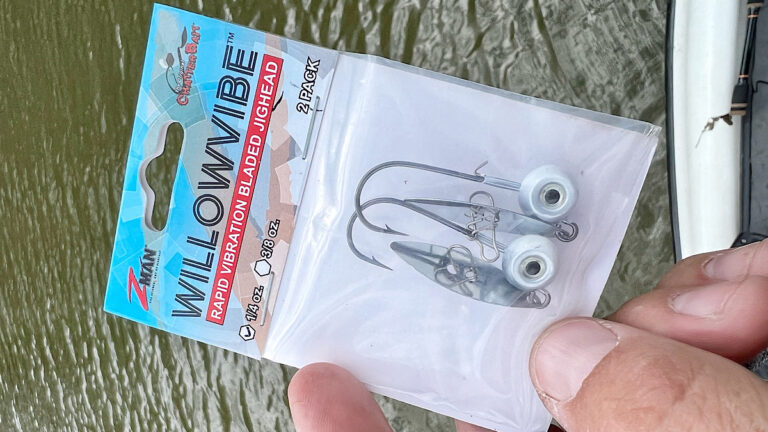 The WillowVibe has been out a little over a year now I believe, but hasn’t really gotten that much attention. I think it’s only a matter of time however before that all changes. This bait unlocks a bite.

When you find something that can do that, you’ve found something pretty sweet. This bait won’t replace a ChatterBait or even a scrounger, for that matter. But it fills a gap I didn’t even know existed prior to throwing it.

Available in four color choices and two sizes (1/4-ounce and 3/8-ounce), the WillowVibe comes two to a pack for $4.98 and is definitely one I’d recommend trying out. I primarily fish for bass but this thing will catch most anything that swims. It’s a small presentation with a proven vibration and a little flash. What’s there for a fish not to like?

The Z-Man ChatterBait WillowVibe is available at the following online retailers: