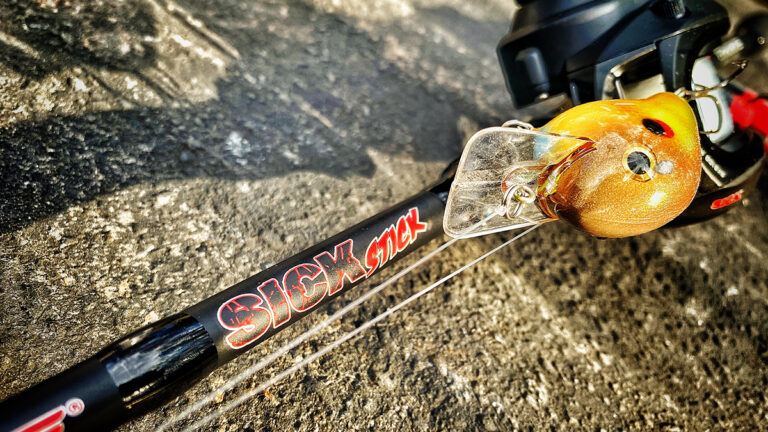 I’ve tested a bunch of bass fishing combos in my career and to be totally honest, not many of them have impressed me. They might look cool with bright color schemes and all that kind of stuff but when I put ’em in my hand, they feel clunky and uncomfortable. If you’ve fished for a while, I think you can relate to what I’m talking about.

I had an opportunity to try the Favorite Fishing Sick Stick Casting Combo for the past few months and I can’t believe how much different it feels than other casting combos out there. When I removed it from its packaging, I thought it looked really cool but as we all know, looks don’t mean anything if it doesn’t perform on the water. After a bunch of fishing and several fish catches with this combo, I can confidently say that this is one of the most impressive combos I’ve ever used. I don’t say that very often.

If you’re looking for a new combo without breaking the bank, I would strongly recommend taking a close look at this one. I’ll quickly run through what I like so much about it.

In conjunction with the IM24-ton blanks, the carbon composite body of the Sick Stick casting reel offers impressive balance that’s rarely found in similarly priced combos. I think a lot of lower-end combos are meant to grab the consumer’s attention off the shelf but this Sick Stick combo has both the bark and bite I want out of a casting combo. I’ve fished with it for extended periods without any arm or elbow fatigue, which is rare for a pre-made combo.

I’ve noticed throughout my testing that this combo is not tip-heavy or butt-heavy which, again, is pretty rare for a combo. A lot of anglers think combos are cheap or not worthy of high-end fishing performance but this particular combo will change folks’ minds if they give it a chance. It’s important to mention that I have absolutely no experience with Favorite Fishing products; I didn’t even know they made reels. But this combo doesn’t feel like a cheap setup to me. 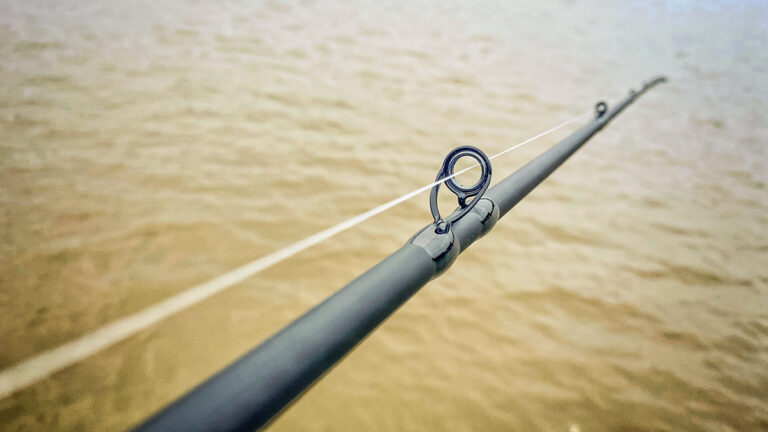 I’m pretty dang rough on my bass fishing tackle. I don’t go around throwing stuff and being stupid but I use the tar out of it. Stuff gets stepped on, thrown in the back of my pickup truck and all kinds of things. Fishing isn’t a fashion show to me so I tend to prefer well-made equipment that can withstand the rigors of daily fishing whether I’m hitting a pond or the big lake near my house.

One of the biggest issues I’ve run into with combos has been cheap guides that break, bend and can’t stand the test of time. Thankfully, Favorite designed this rod with SiC guides that have been super durable and impressive throughout my testing. I’ve accidentally stepped on them on my front deck more times than I can count and have had no issues with breakage. 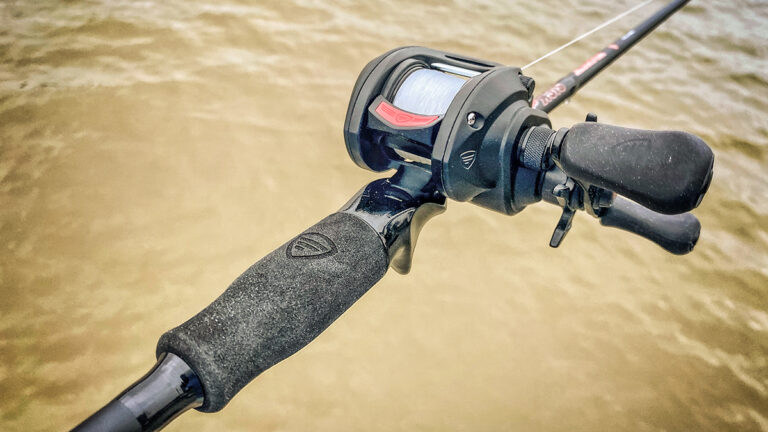 I’ve been testing the 7-foot, 2-inch medium-heavy action model and it has proven to be an outstanding option for moving baits such as squarebills, larger flat-sided crankbaits and 3/8-ounce ChatterBaits. You might be able to get away with it for very lightweight pitching around sparse cover but I’d much rather use it for moving baits.

Even when the bass barely load up on your reaction baits, this blank allows you to feel very small and subtle changes in your bait’s behavior. If a bass swats at your lure, you’ll be able to quickly detect a change in its action and set the hook accordingly. For $149 plus a stellar reel to go with it, that’s awfully tough to beat. 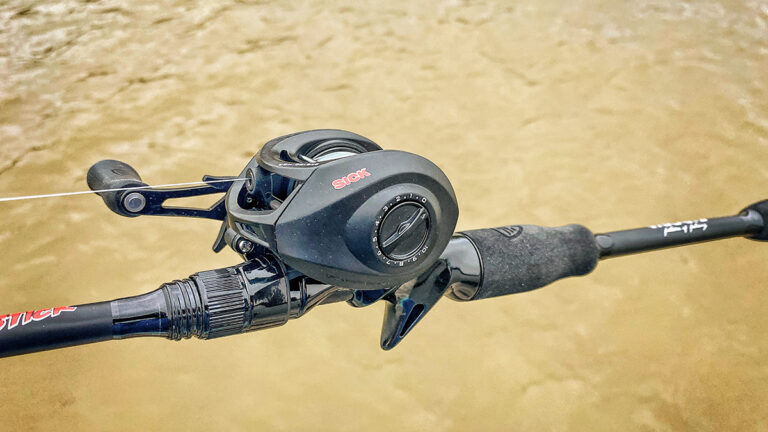 This is seriously one of the most impressive bass fishing combos I’ve tested in my career. It’s not clunky, heavy or imbalanced like so many of them are these days. If you’re someone wanting to upgrade your collection with some great-performing and good-looking gear, I’d certainly recommend grabbing one or two of these. I had absolutely no experience with Favorite Fishing before testing this combo. I don’t know anyone there and I really don’t even know their backstory. But I do know one thing: They make one heckuva baitcaster combo that I’d use in just about any situation.

I know combos get a bad rap sometimes but this one is worth checking out.