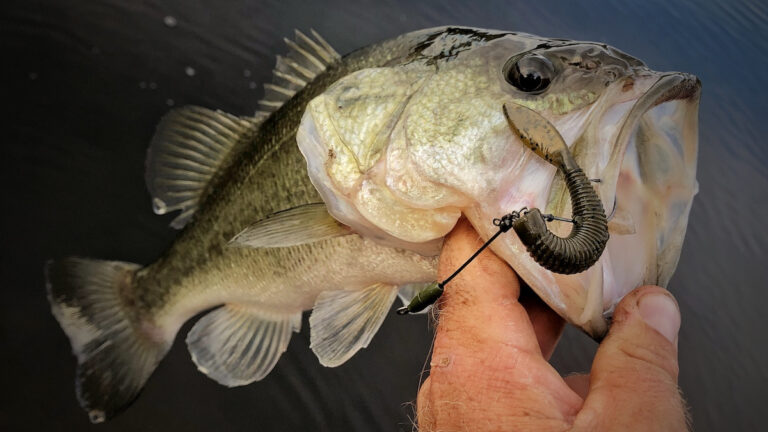 The VMC Tokyo Rig has been one of the hottest new bass fishing baits over the last 5 years. An innovative idea, the Tokyo Rig married a drop shot with power fishing in a unique, new way. It’s an effective bait at getting bit in good and bad conditions, muddy and clear water as well as by big and little fish. So there’s not a lot it can’t do.

But as much as I like the original, I think I like the finesse one even more.

That’s what we’re going to be talking about today, the VMC Tokyo Rig Finesse Neko Rig. That’s a mouthful, but essentially this is just a downsized Tokyo Rig with a Neko hook. This is one of the nastiest finesse setups I’ve fished with in quite awhile. Think “Ned rig meets drop shot” and that’s kind of the vibe I’m getting from it… and I’m digging these vibes. 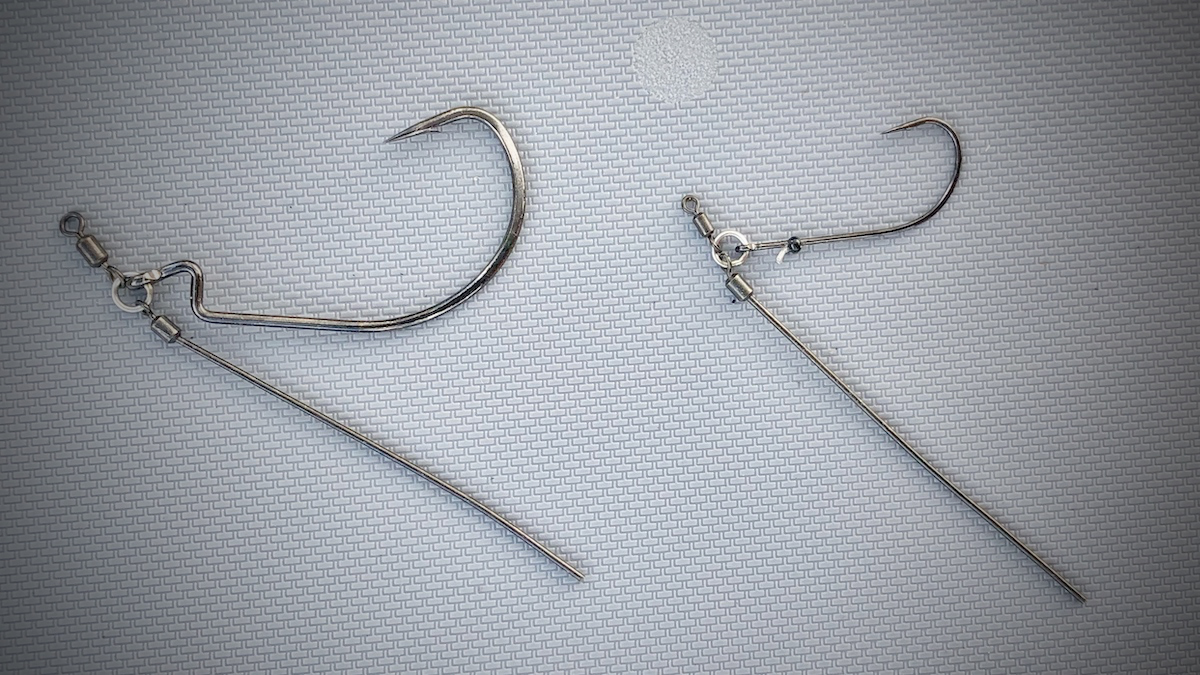 Again, for all those familiar with a Tokyo Rig, this is basically the downsized version. The drop wire and the ring that attaches it to the swivel are the same size as the large version. But the swivel itself is a good bit smaller. The hook, as previously stated, is a VMC Finesse Neko Hook, which is available in four sizes: No. 1, No. 2, 1/0 and 2/0.

Anyone who has fished a Neko rig with this hook knows what it’s all about. This is a nasty little hook capable of hauling in big bass. It has a well-designed bend that does a good job of hooking fish and keeping them pinned. And even though it’s made with a fairly thin wire, the shape of the hook adds to its strength and it’s actually pretty hard to bend. So now you have a smaller version of the Tokyo Rig that’s still able to tie into big fish, all while giving you a platform to use more of your favorite finesse soft plastics.

Looking a little below the eye of the hook, you’ll see VMC added a bait keeper. Using a drop of epoxy and what looks to be heavy monofilament, they designed a really sturdy but still flexible bait keeper that does a good job of keeping your bait in place, but doesn’t tear a big hole in the soft plastic when you’re initially getting it into position.

Most finesse baits are particularly soft, many even being hand poured. Baits like this are intentionally designed using softer plastic so that they’ll have more action. The only problem with that is the baits are easy to tear and you can go through a lot of them. This bait keeper is really well designed so that it doesn’t generate a lot of wasted baits, which is another win for this product.

With the bait rigged this way you can fish around pretty thick cover. Considering that you’ll likely want to use fairly light weights with a finesse Tokyo rig, this is probably one of the most weedless baits you could possibly find to fish with. So it’s a great selection for chunk rock, gravel, submerged vegetation and wood. Again, it’s like a Ned Rig got together with a drop shot and spawned this little nugget that a bass can hardly resist. But this isn’t even the coolest way to use this rig in my opinion.

Do you want to see a setup with some action? Try nose hooking a little swimbait with this thing. When you rig up a swimbait on a a jighead, the shaft of the hook acts kind of like a spine for the bait and makes it a little more rigid. But when you nose-hook a swimbait, the whole swimbait oscillates side-to-side from the nose to tail. And if we’ve learned anything from an umbrella rig, it’s that a little 2 1/2-inch metal rod hanging down below isn’t going to phase a bass.

Pitching this setup out and letting it pendulum back to the boat may be the next big craze when you pair it with forward-facing sonar. “Swing shotting” has been a pretty big deal from time-to-time in the past, where anglers pitch a drop shot out and let it pendulum back to the boat on a tight line. This allows the bait to slowly swim by suspended fish. I think this little rig with a nose-hooked swimbait takes that technique to a whole new level. I also can’t wait to try this same setup on bedding fish this spring. It’s going to be all but automatic.

Obviously, I’m gushing over this one; I really like this thing. I think it’s a well-designed product but it also is the missing link in a way. It’s like we jumped right over this piece of terminal tackle when we went from the drop shot to the Tokyo Rig and now we’re falling back and filling in the blank with the VMC Tokyo Rig Finesse Neko Rig.

With an ultra-sharp and strong hook, a well-designed bait keeper, four sizes from which to choose and several ways to rig it, there’s a lot going on in just a little bitty package. While a two-pack could be viewed as a little pricey at $4.69, these little guys should last you a pretty good while if fished on appropriate spinning gear. All in all, it’s a nice addition to the VMC lineup and anyone’s tackle box.

The VMC Tokyo Rig Finesse Neko is available at the following retailers: