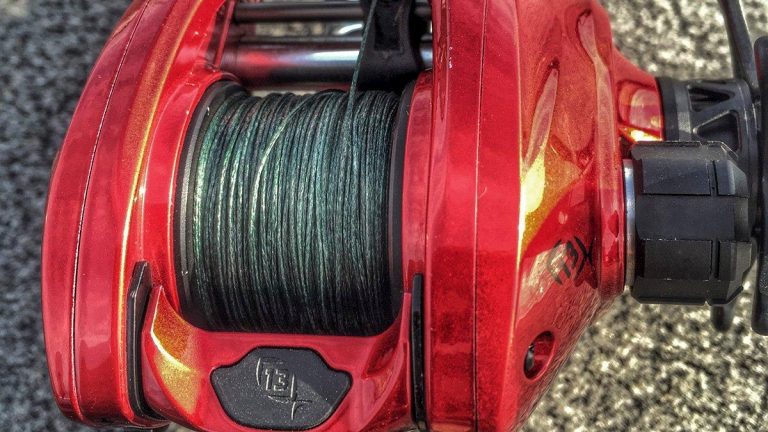 I’ve been reviewing a lot of braids this season and will be sharing those reviews on Wired2fish over the next couple of months. One of the braided lines I’ve used a lot lately was the new formulation of Vicious Braid. I thought I’d give you some behind the scenes on the new version of Vicious Braid and my experiences with it. 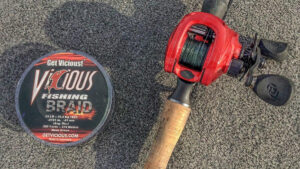 All braided lines use Polyethylene as their material of choice. Most manufacturers use the two main suppliers of Spectra or Dyneema. The new formulation of Vicious Braid uses neither of these two brands.

The new Vicious Braid uses a different formulation and it’s a much tighter weave than previous versions which gives the new braid a much smaller diameter. It also comes in a darker color.

But the most important new attribute would have to be the fact the figured out a new formulation and process that has reduced their MSRP by 50 percent. I’ve long preached that true innovation is not just finding more expensive materials to make things. But to find better processes and synergies to drive the cost to the consumer down significantly.

That’s exactly what Vicious was able to do with their new Vicious Braid. 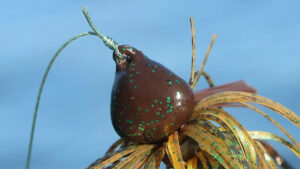 I’ve used some of the heavy braid for flipping and some of the 40-pound braid for throwing topwaters, swim jigs and other lures around vegetation and shallow cover. The line is tightly woven so it casts really well, comes through the guides nice for a woven braid and seems to really hold up well to the abuse.

I’ve also been impressed that the color on the braid has stayed well and that it’s not fading as fast as some of the other braids I’m used to fishing. The braid was stiff at first but loosened up really well after a day on the water. And my knots held will with little to no slippage that I could see. I fished several weeks with one topwater bait and the same knot.

The best attribute of the new braid is probably the price. A 150-yard spool runs $12.49 and a 300-yard spool runs $22.99 on tacklewarehouse.com. That’s about half as much as most of the other braids on the market and that’s with many improvements to its previous versions. I think a lot of anglers will find real value in this new Braid from Vicious.

The new Vicious Braid is in stock now at Tackle Warehouse and should be on the shelves at local retailers this fall. 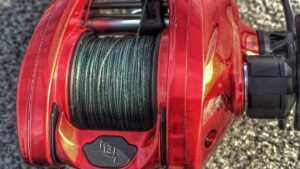