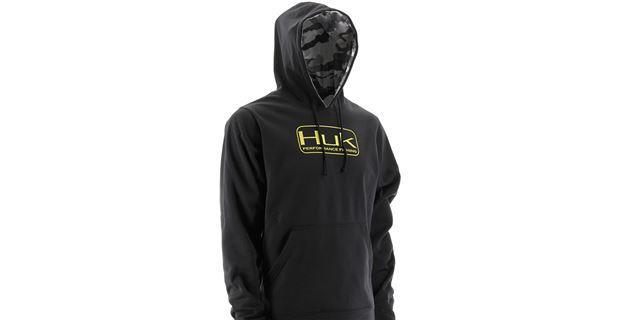 Almost every fisherman has a favorite fishing hoodie. It’s that nasty, wadded-up sweatshirt that practically lives in one of two places: In the back hatch of your boat or the back seat of your truck. When you feel a little chill in the air, you instinctively reach for it and it hardly ever sees a washing machine.

I’ve been wearing the Huk Performance Hoody for just about a year now and it has, indeed, become one of my go-to hoodies while I’m on the water. Oddly enough, I’m pretty picky about my hoodies and this one has passed my testing with flying colors.

All hoodies are not created equal—at least when you practically live on the water. If the neck’s too tight, you’ll darn-near choke running down the lake and if the sleeves ride up when you cast, your base layers will get all wrinkled and it’ll feel just like a sock coming off in your boot. You know exactly what I’m talking about.

The Huk Performance Hoody is “cut” just right for active outdoorsmen. The neck is loose enough to allow for maximum comfort throughout a day of fishing, but it remains tight enough to keep a cool breeze from sneaking down your neck and down to your spine. Even if you’re a bigger person, I seriously doubt you’ll have to do any cutting or stretching to the neck. 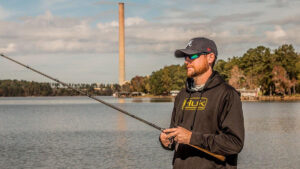 In addition to the excellent neck design, you’ll also appreciate the sleeves on this particular hoodie. Whether you’re casting, culling fish in your livewell or making an impromptu mechanical fix on the water, they absolutely will not ride up your arm. I often wear a long-sleeve cotton undershirt underneath this hoodie and even the sleeves of my base layer don’t budge.

I also like the material of the Huk Performance Hoody. I’ve worn it in the rain several times and while boating in rough waters and it’s surprisingly water resistant. Now, I’m not saying it doubles as a rain suit, but if a random shower pops up while you’re fishing, you won’t have to stop what you’re doing to dig out your rain jacket. 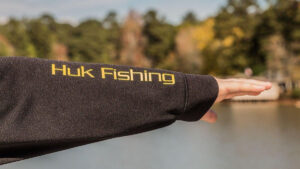 This hoodie also doesn’t hold odor or stains. I’ve had the Performance Hoody wadded-up in my rod locker for months at a time without any washing and while it doesn’t necessarily smell like a mountain breeze, you’re still able to wear it in public places without scaring surrounding women and young children. I’ll belly land fish with it, cull during a tournament and bag my fish at the end of the day and very rarely does it get the “fish funk” on it. It also repels blood and slime stains quite well.

As I mentioned earlier, I’ve worn this hoodie on a pretty regular basis for the last year. I’ve guided in it, fished numerous tournaments and even worn it underneath my camouflage when I’m in the deer stand. It’s just a dang-comfortable hoodie, if I’m honest.

I’m a tall guy, but I’m fairly skinny—so I have a heck of a time finding hoodies that fit me correctly. More often than not, if a hoodie fits in the sleeves, it’s too big in the torso. And if the torso fits well, the sleeves come halfway up my forearms. I have the extra-large Huk Performance Hoody and it fits perfectly. The sleeves never ride-up and the torso isn’t to baggy, so it looks presentable and professional, which is a big deal to me.

I’m fully aware that fishing isn’t a fashion show, but I’ve always loved the way this hoodie looks. It’s not gaudy but it has enough of a “modern” look—such as the camo interior of the hood—to it that makes it look pretty slick.

Whether you’re an angler looking for a new “favorite” fishing hoodie or a significant other looking for gift ideas for an outdoorsman, the Huk Performance Hoody is worth every penny. It fits well, it doesn’t draw up in the wash and it doesn’t stink like fish after a day of catching ‘em. 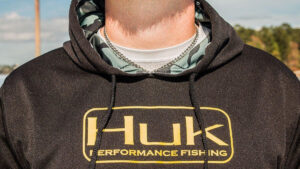 The Huk Performance Hoody is available at HukGear.com. I didn’t realize it until now, but apparently it’s on sale—so that’s pretty cool, too.