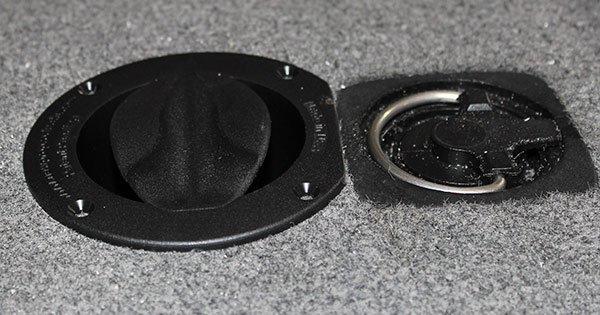 Keeping fish alive is important to every angler. Even those that catch fish to eat want to make sure they are alive as long as possible before cleaning them.

We just came across a new product developed and engineered to provide proper ventilation to a livewell as well as cool the water a few degrees naturally. It’s called the V-T2 from NewPro Products, and even though the design is very simple, the concept is sound.

Just about all of us with boats have livewell systems with intake and recirculation pumps. Many use an Oxygenator to add oxygen to the water too. One of the cool things about the V-T2 is it uses wind and nature to oxygenate the fish plus remove harmful gases that build up in the livewell. No electricity or pumps, just good old wind and air movement that enters the V-T2 as you run. It can be used solo but in concert with pumps and recirculation systems, it is a perfect system.

I saw this system advertised but wasn’t for sure about its application until talking to its designer, Judy Tipton and Gene Gilliland, BASS Conservation Director. Tipton is very humble about her product, but one thing is for sure; she knows it works.

“I spoke to both Gene and Hal Schramm, writers of the book ‘Keeping Bass Alive,’  about the V-T2 when it was in its early stages, and they both agree it is a sound approach and are adding it to their second book,” Tipton said. “In a recent FLW Tour event, Phillip Jarabeck kept his fish alive when the livewell pumps quit, while a few others in his flight lost all of their fish under similar conditions. He told the crowd on the stage that the V-T2 saved his fish and valuable points in the process.”

At this year’s Bassmaster Classic, I spoke to Gene Gilliland about the V-T2 and he emphasized to me that the engineering of the unit was the key. “It forces cooler air into the livewell and vents it out the back via a baffle system” stated Gilliland. “The science behind this little deal is very sound and we believe properly installed can be a bonus for keeping bass alive.

When first looking at them I wondered if water would splash out, but after talking to Tipton and Elite Series pro Rick Morris, they both assured me that it didn’t.

“The way the baffle is designed you get no water splashing out even in rough conditions” said Morris. “I jumped on board with them the minute I saw them in operation and even though I endorse them would have them even if I wasn’t on their pro staff. They work that well.”

I just installed the V-T2 in my Ranger 106 project and even though it is powered by a very small engine I felt the air that circulates while running and even wind would make it worth it.

The total install took less than an hour and clear instructions come with the kit. The Ranger 106 has a single livewell, so only one V-T2 is needed but larger boats may require one for each livewell lid.

Some of my buddies are using the V-T2 in their rear compartments for ventilation of battery and gas tanks. The design will keep much additional water from entering the sump area than normally would from rain in a boat.

To install use a 3-inch hole bit. Placing a plastic bag under the lid when drilling keeps metal shavings and/or fiberglass from entering the livewell. Make sure to run the bit in reverse not to tear the carpet. Once through the carpet carefully drill out the hole. Four stainless steel screws with washers and nylocks are pre-packed in two sizes for lid thickness. Place the V-T2 in the hole, drill screw slots and tighten and that quickly you may have just saved a bass or two. Be careful to vacuum the lid and carpeted areas thoroughly before and after removing the bag used to catch dust and shavings.

The V-T2 is available at Tackle Warehouse and retails for $44.99 for a set of two. All hardware is included.