I’ve noticed over the years that anglers don’t experiment very much when it comes to braided line. Many of us find a brand we like and stick with it forever. While there’s certainly nothing wrong with that, it’s important to understand that braided fishing line has come a long way in the past several years. I was pretty stubborn with my old-school braid preferences too but once I started fishing with these new lines, the difference was enormous.

One of the more impressive braids I’ve tested has been the Sufix 131 G-Core Braided Line. I was actually searching for a line I could bomb topwaters with and this particular line allows me to do that and so much more. Let’s go through some of the attributes of this new fishing line.

When I say you can sling just about any type of lure a country mile with Sufix 131 G-Core, I honestly mean that. I don’t know how long a country mile is but man, anytime you can effortlessly hit your backing knot on a cast is pretty darn impressive.

Sufix 131 G-Core features a single strand of GORE Performance Fiber in its core. This strand creates a very round braided line which has resulted in insane casting distance throughout my testing.

I’ve found a few spots on my home lake that require a super long cast. The fish are back there. I can see them busting but I can’t get my 21-foot bass boat to them; it’s just too shallow. So I got a wild hair to rig up a medium-heavy casting rod with 40-pound Sufix 131 G-Core and a topwater frog. I normally don’t go that light when I fish a frog but desperate times called for desperate measures.

Long story short… I’ve caught some of my best fish of the year from those super-shallow areas because now I can finally get my bait to ’em. With very minimal effort, the smoothness of this braided line allows me to make bomb casts with my lures and the fish never even know I’m there. There’s practically no friction as the line makes its way through the guides which is a huge reason for the additional casting distance.

Knot strength is not a concern

Normally, there’d be no way I’d rig a frog on 40-pound braid. I was a little nervous trying it but after trying the 20-pound Sufix 131 G-Core a few months prior, I had confidence that it was tough enough to handle the job.

On every hookset throughout my testing, I have purposely been trying to either compromise the knot or break the line. Sure, it’s great that this line casts line a scalded dog but what does it matter if it can’t hold up to abuse and big hooksets?

I can confidently say that I have not had a single knot or line failure throughout my testing. I’ve had this line for several months and fished it around rocks, raggedy boat docks and of course, grass. It has held its own wonderfully and I have the utmost confidence in it.

If you’ve fished with braid enough, you’ve probably seen how knots can slip when the line is under a lot of pressure. I’ve had frogs and jigs completely come off my line before because the knot just unraveled while fighting a fish. I’ve really enjoyed the lack of slippage with the Sufix 131 G-Core, though. You can cut your tag ends very short without the worry of compromising your knot. 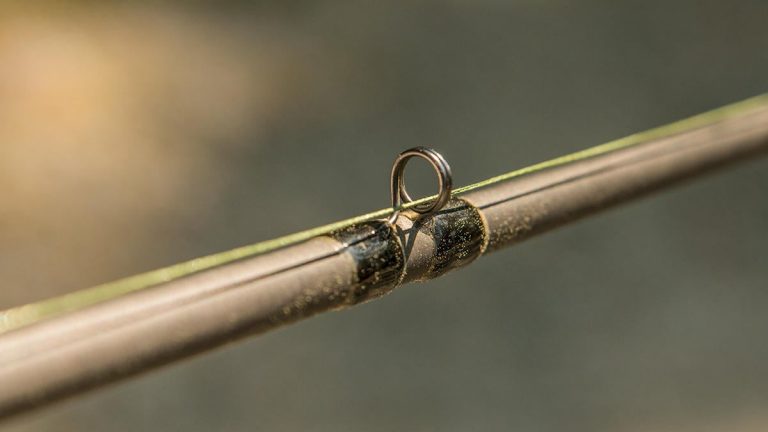 I never really realized how noisy some braided line can be until I started fishing with the Sufix 131 G-Core. As a shallow-water angler, I’ve just become used to the whining sound it makes as it comes through my guides. This 131 G-Core, however, is whisper-quiet while you’re fishing.

I don’t think it’s as important to the angler as it is to the fish, though. I’ve seen some underwater footage showing baits being worked through grass with braided line and it’s pretty darn loud. I don’t know if it spooks fish or not but the sound sure is noticeable. Perhaps the smoothness and quietness of Sufix 131 G-Core adds a little extra stealth for those shallow-water situations.

This is outstanding braided line; there’s no doubt about that. If you’re thinking about trying a new braid, I would highly recommend giving Sufix 131 G-Core an honest shot. It ain’t cheap but this is one of those instances where you get what you pay for. Braided line lasts years in some cases, so I don’t mind paying more for this type of casting distance, toughness and stealth.