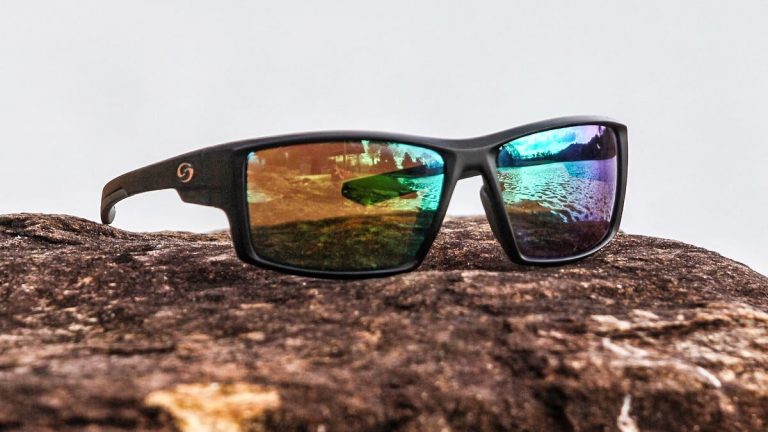 Fishing sunglasses are an interesting item. I’ve owned a pair at one point in my life that retailed for around $300 and I’ve picked up a pair in a pinch for $10 at a gas station before. There’s a very wide range of cost and quality. While I do love a really nice pair of sunglasses, I also know that I can’t be trusted with them. I’m rough on stuff. I don’t mean to be, but it’s just the nature of the beast with my personality and busy schedule.

I’m also forgetful. There seems to be some super natural power at work that makes really high-dollar sunglasses disappear within the first week of owning them. But I couldn’t lose a $10 pair if I wanted to. Until recently, I had worn the same cheap pair of scratched up sunglasses now for the last couple years. I don’t even remember where I got them but I remember three instances where I left them in a restaurant and someone chased me down to return them.

Well I finally “really” lost them about a month ago. So it was time for a new pair. I looked around and played the cost benefit game of a high-end new pair or just grabbing some from the gas station and compromised to land somewhere in the middle. I have been pleased with my selection so far. 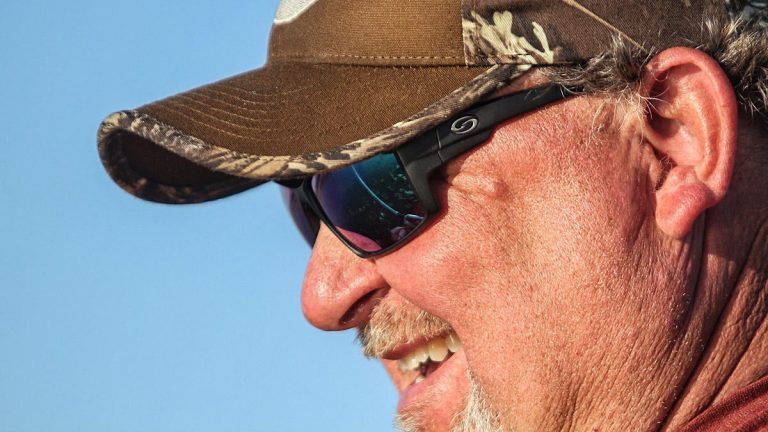 The particular style of the Strike King S11 Optics I went with is the 92 Pickwick. I chose this style primarily because I liked the frame. For fishing, I like to have a pair of sunglasses that wrap around a bit to block the sun from my peripheral vision. I’ve had shades in the past that come straight across the bridge of my nose and are basically flatter.

I liked those sunglasses just for casual wear or driving. And they didn’t limit my peripheral vision in those settings which I like as well. But whenever I’m fishing, I want to be able to see what I’m looking directly at very clearly. Blocking the sun out from the side helps with that and also aids in seeing down into the water, which is made possible by polarization of the lens.

The rest of the scientific stuff 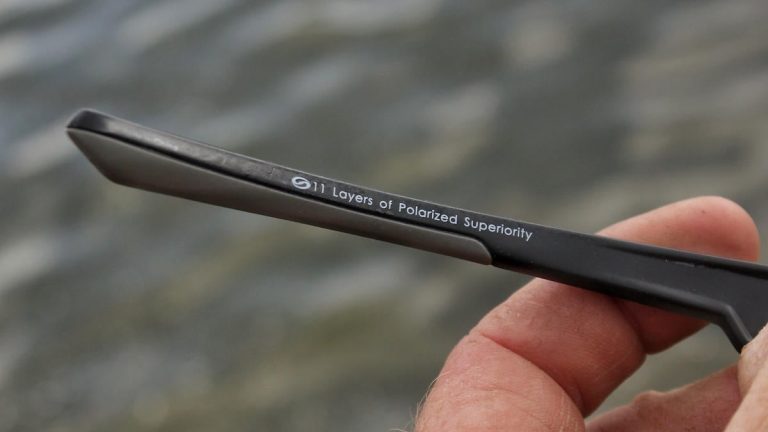 If you’re buying sunglasses for fishing, you should never buy any that aren’t polarized. Polarization refers to the filtering out of horizontal light rays. The filter only allows vertical rays to come through to be processed by the eye, which is why they’re able to knock the glare off the water and allow you to see down into it better. You can also see this effect in reverse if you tilt your head to the side while looking at your graph, phone or computer with polarized lenses on. The screen will appear black as the polarized lens filters out the horizontal rays.

The S11 in the name represents Strike King’s 11 layers of polarized lens technology. There’s also a bi-gradient mirror treatment to protect from the light bouncing off the water, super hydrophobic coating to repel dust, oil and water and an anti-reflective coating, which prevents light from bouncing off the back of the eye, resulting in a clearer, non-distorted image. 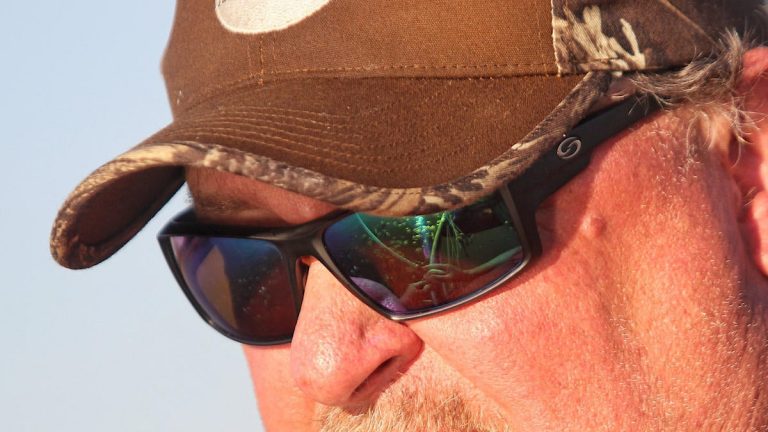 I have a big head, much like my uncle you see in the photos for this piece. He was kind enough to model the glasses for me so I could snap a few pics. But yeah, big heads run in the family.

In the voice of Forrest Gump, “Mama always said I had a big head to hold all them brains.”

I could see that being the case for me. Not sure why my uncle has one though, because that can’t be the case. But I digress.

The point of that tangent is that I have a hard time finding hats and sunglasses that fit. I’ll put some hats on and they look like a ketchup lid on a mayonnaise jar. It’s not that my head is really that massive or anything. It’s just that some sunglasses don’t flex much and pinch my head and hurt my ears if I wear them all day. These do not. I’ve been able to wear them all day without any discomfort, which is really nice when you’ve experienced the alternative before.

The two main points of contact with sunglasses are the tops of the ears and the nose. Strike King figured out a good material for use here. I’m not sure exactly what these pieces are made of but they are pretty comfortable and have been durable so far.

This has typically been a weak point on shades I’ve had in the past. Either the nose pieces would be attached via a screw or adhesive and inevitably get loose or fall off, or the material would disintegrate or get really sticky over time. So far, this material still feels the same as the day I bought them. So that’s a big plus in my book. 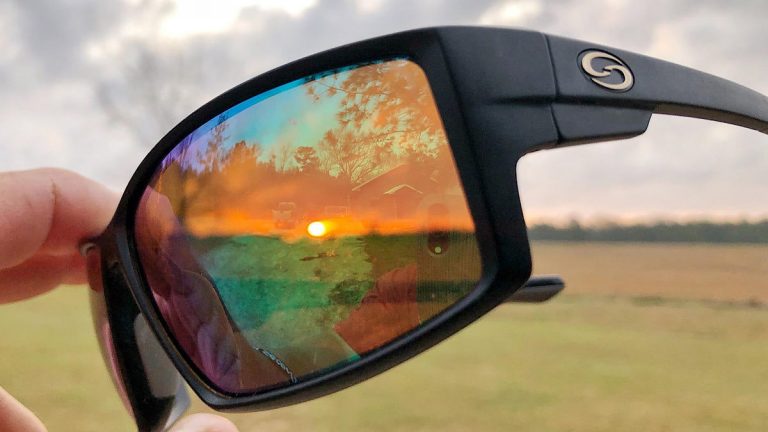 I like these sunglasses. I’d like to see this frame offered in an amber lens at some point, just because I like the frame so much and I like amber lenses. But Strike King does offer amber lenses in several of their other frames so I may just check some of those out at some point. But these glasses fit well, feel good and about a month into wearing them everyday seem to be built to last. The polarized lenses do a great job of letting me see down into the water and the trim pieces and larger frame allow me to be comfortable while doing so.

At $39.99, the Strike King Optics S11 Sunglasses offer a quality pair of shades for a reasonable price. At this price, I’m not constantly paranoid that I’ll set them down somewhere and forget them, drop them in the water or scratch them working in the yard. But I can definitely say they are a great deal nicer than what you could get for half the price at a gas station. So if you’re looking for something like that, I’d say give these a try.