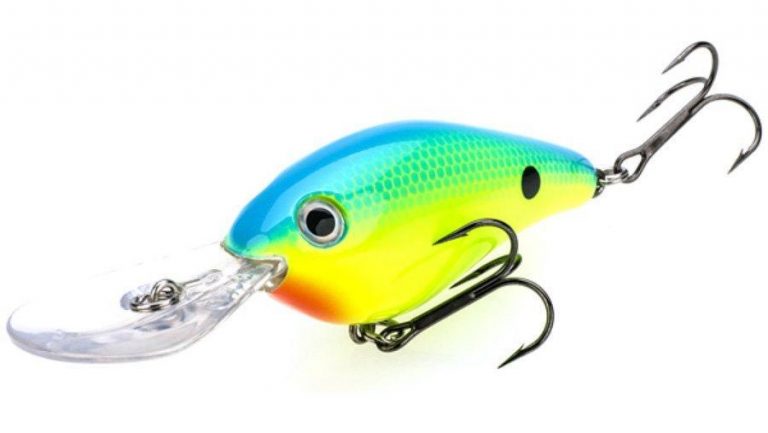 Strike King has become synonymous with deep cranking. Their Series 5 and Series 6 crankbaits were staples for many years on good deep crankbait lakes. Then they upped the game with the release of their 5XD and 6XD cranks that featured the same body styles with the ability to dive that much deeper. Then came the 10XD. A behemoth of a crankbait that not only targeted bigger bass but reached depths beyond 20 feet easily. Now they are hoping to do it again with the release of their new Strike King 8XD extra-deep diving crankbait.

Here are the most important facets of this latest offering from Stre King that anglers should consider: 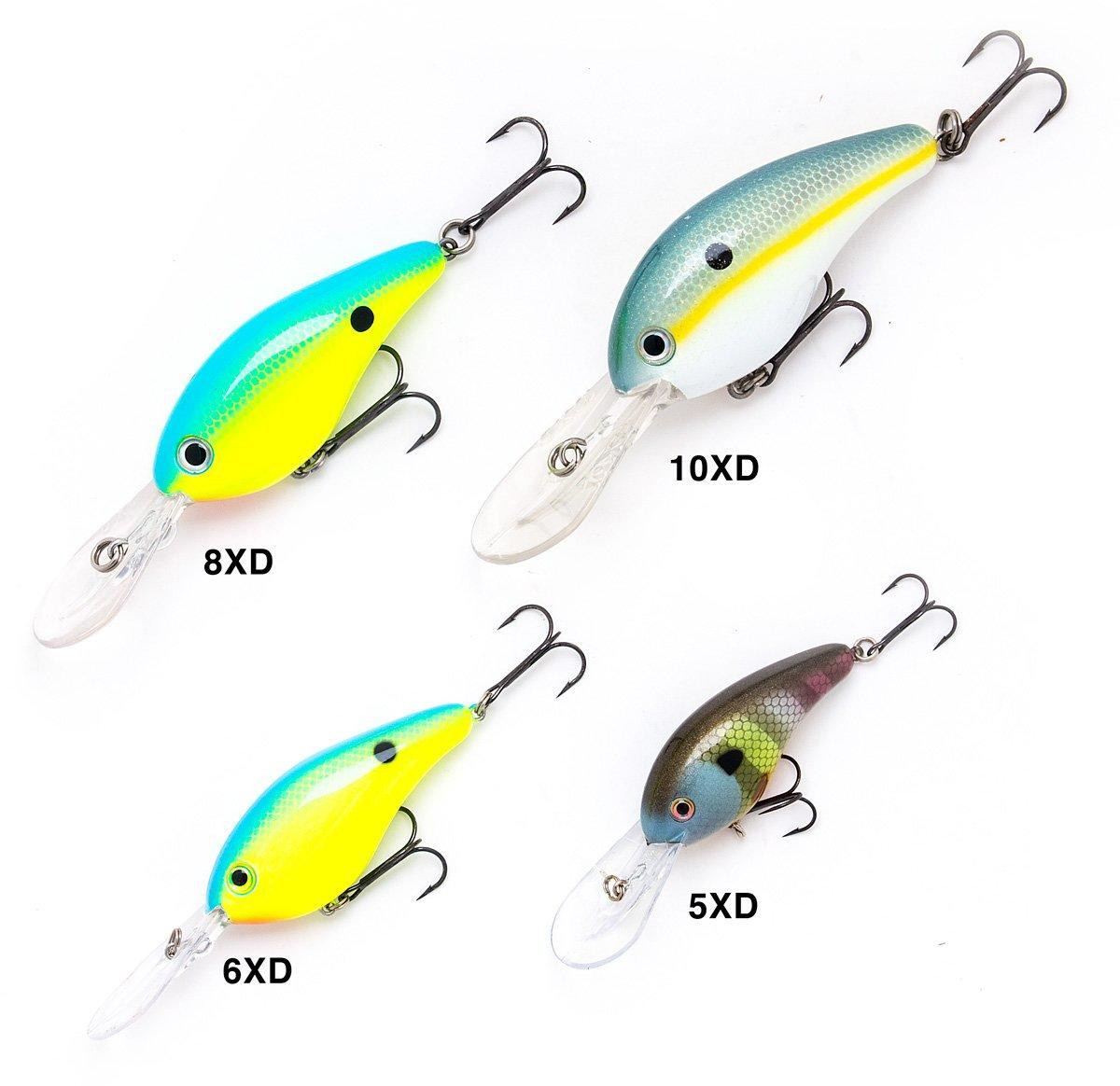 Background on the designs

You might notice if you hold a 10XD up next to a Series 5 crankbait they are scaled versions of the same mold. The same is true if you hold the new 8XD up next to the Series 6 from Strike King. And the reason is fairly simple. Those two body styles went through years of testing and tweaking and have proven to be tremendous fish catchers from Texas to New York and everywhere in between.

During the 2015 Triton Owners Tournament on Kentucky Lake, the 5, 5XD, 6, 6XD, 8XD and 10XD all reportedly accounted for big catches in the tournament. And the eventual winners caught 28 pounds the final day on a 5XD. After casting at a school of fish with a 6XD and not getting a bite, they switched to a 5XD and caught 24 pounds in 45 minutes, eventually upgrading to 28 pounds for the win.

The point is these two body styles haven proven to work and have different actions. So increasing the size to reach deeper depths and appeal to bass eating larger baitfish was a natural and effective progression. 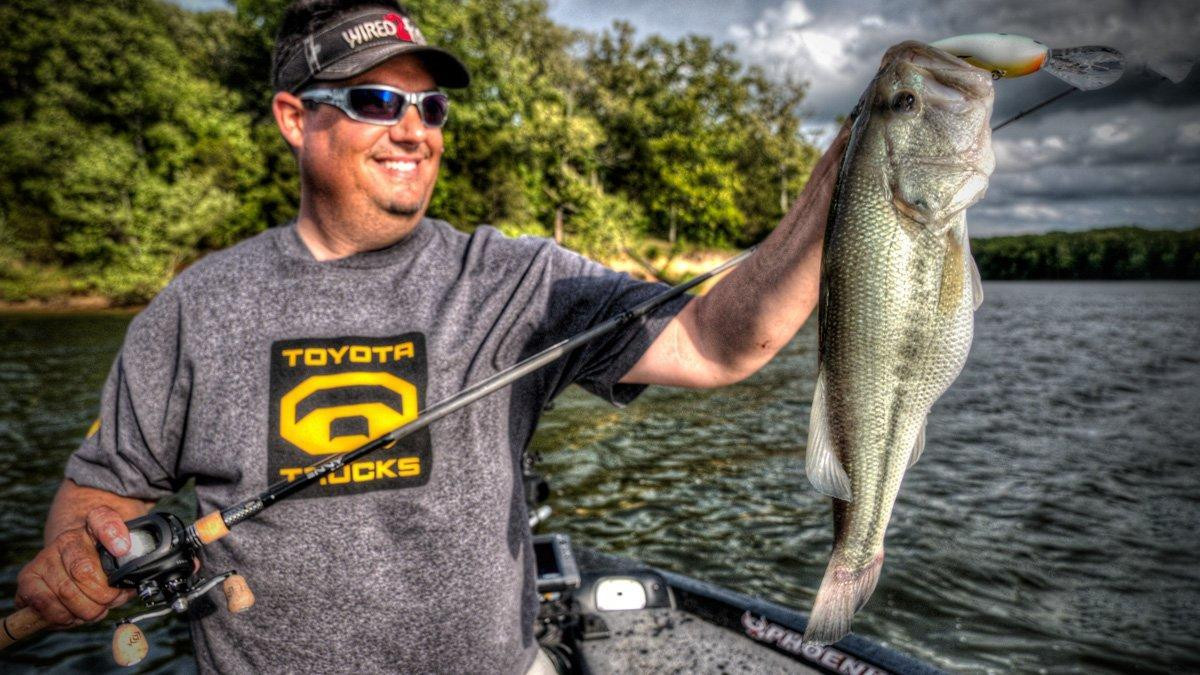 Obviously if we’ve learned anything, there is no one bait that catches bass perfectly all the time. But there are times when one bait will outshine the rest. Obviously big keys to that are having good action out of the package, good hooks, good components and colors that are proven to work on a variety of fisheries.

The Strike King 8XD fits that bill really well and has been really effective for catching bass in that 17-22 foot depth range. I fished the baits right out of the package, with no hook changes or customization at all. The three baits I fished all ran well, the hooks stuck the fish and kept them buttoned up and I was able to land several nice bass on my very first outing with it (several on an upcoming video).

Now with the 5, 6, 8, and 10 you’ve got a wide selection of crankbaits from a proven line for fishing deeper for bass. And you can play around with line sizes to really have a complete system of crankbaits targetting bass from 10 feet to 25 feet effectively.

Check out the Strike King 8XD crankbait underwater in this video

The pull on a crankbait will make you either hate them or love them. Obviously this new class of deeper divers pull greater than a lot of the original deep diving crankbaits, but it’s not as bad as you think. The 8XD at 1.3 ounces is much lighter than a 10XD at nearly 2 ounces. But it’s still a handful so you don’t want to fish them on those old wispy medium action cranking rods. You’ll want a longer, medium-heavy power rod for not only casting but for handling the torque the lip is going to put on the rod and, as importantly, the reel.

The 8XD pulls much different than the 10XD. The 10XD has a much wider pull and track while the 8XD is a little more subtle but still with a good wobble and pull. It will be nice to have a bait that can get down and touch 20 feet but not be so aggressive in action that it spooks fish. I also think fish are less apt to get conditioned as fast to the action of the 8XD. Another benefit to anglers.

I’ve had a lot of fun with this crankbait the last few weeks. I’ve caught a lot of fish for no more than I’ve been able to fish with it and on a variety of colors. Some of my favorite colors so far have been the Citrus Shad, Powder Blue Back Chartreuse and Sexy Blue Back Herring.

I think with a bigger profile bait in deeper water, the colors can be a bigger factor. While you can mask color a lot with speed, I think they also can get a better look at it and hopefully see it a lot better from distance which is something I want on a fishery flooded with baitfish, current, wave action and other factors that might make tracking down a bait difficult on deep spots.

I think Strike King has another winner on their hands with the new 8XD. It does come at a premium at more than double the price of a 6XD at $12.99. But most of the crankbaits that are reaching 20 feet are pricing at or above that price so it’s acceptable for the niche in the market. The nice thing is Strike King crankbaits are sold just about everywhere, so you shouldn’t have too hard a time finding them.

Check out the various colors here at these online retail partners: 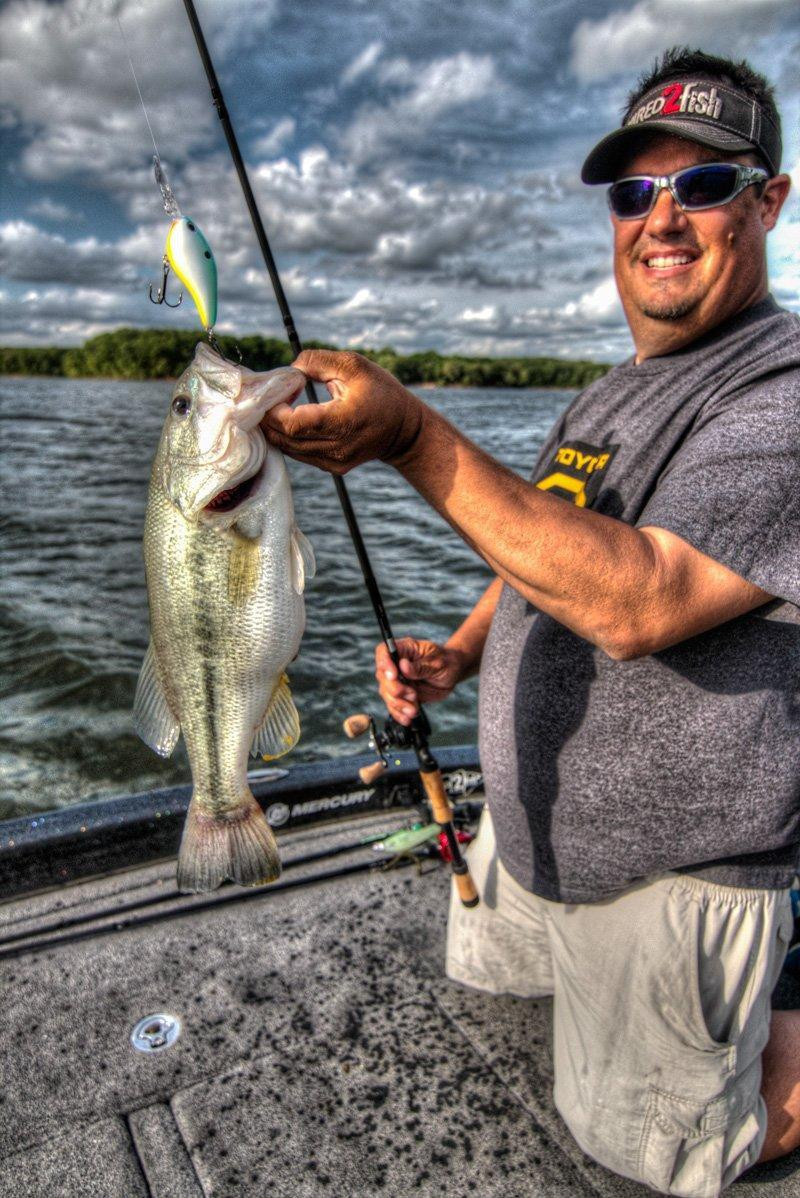