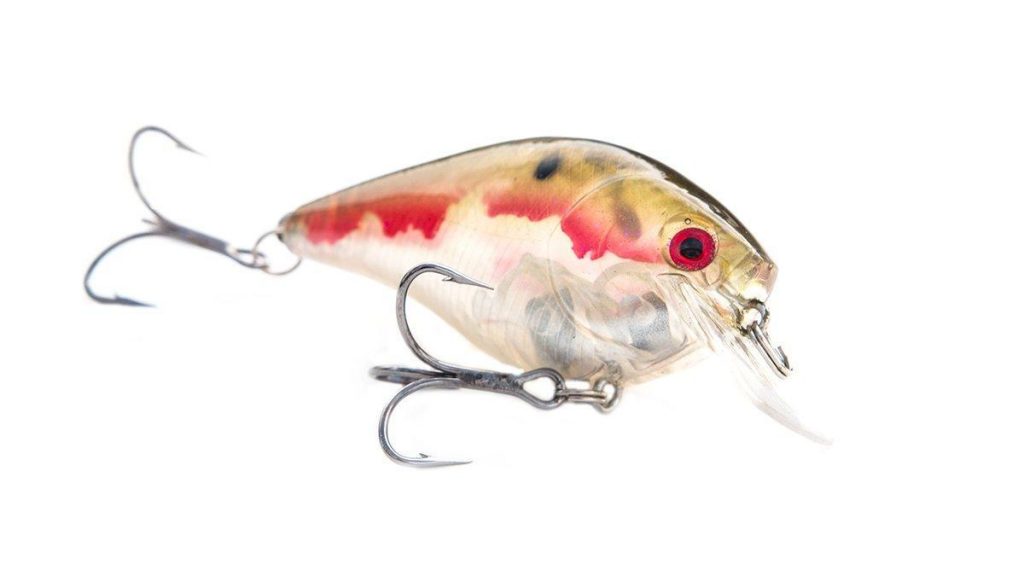 I become unreasonably excited whenever I get my hands on a new crankbait. Iâ€™ll temporarily adopt this strange, maniacal chuckle as I fabricate a thorough gameplan of when and where to use it and Iâ€™ll just sit here, all alone, at my desk and swim it over my keyboard while making odd splashing and gurgling noises before the 5-pound bassâ€”otherwise known as my left handâ€”chokes on it. Some might say I have issues. Theyâ€™re probably right.

About a month ago I started experimenting with the Skirmish Baits M9-S Squarebill Crankbait. Admittedly, I had never heard of the company but their crankbaits looked incredible. After using it extensively for the last several weeks, Iâ€™ve become a big fan.

There are four things that really impressed me about this crankbait.

I canâ€™t count the times Iâ€™ve ripped a new crankbait from its package only to see it run like a three-legged dog on the very first cast. A lot of people think this is strictly due to the angle of the line tie, but if you take a closer look youâ€™ll often notice the entire bill is crooked. When I get a plug like this, I take the hooks off and toss it in the trashâ€” itâ€™s done.

So when I pick up a new crankbait, Iâ€™m very concerned with its ability to run true at all retrieve speeds. I use squarebills for target-oriented fishing and if I canâ€™t predict where itâ€™s going to go, I donâ€™t have a need for it. The Skirmish Baits M9-S Squarebill, however, is tuned perfectly and ready to fish straight from the package. 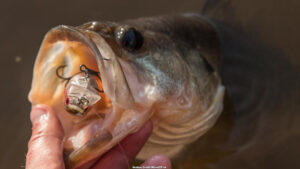 Iâ€™ve fished this crankbait around a lot of docks, stumps and laydowns lately and regardless of how hard I smash it into cover, I havenâ€™t had to tune it whatsoever. When slow-rolling the crankbait in shallow water, it has a very pronounced, wide-wobbling action that closely resembles that of a wakebait. Itâ€™s quite buoyant as well, so even though its maximum diving depth is 4 feet, Iâ€™m able to high-stick it in water less than a foot deep. Itâ€™s certainly been effective while in my bass boat, but I can also see this being an excellent feature for bank anglers because itâ€™s not very likely to get snagged as it nears the shallow bank.

Whenever I burn, or quickly retrieve, this crankbait, its action becomes much tighter but it still vibrates nicely and draws strikes in stained water. It doesnâ€™t helicopter or spin-out, either, which has always been a huge selling point for me. On high-sky, bluebird days the bass donâ€™t always want to chase a crankbait, but if you burn it past them theyâ€™ll often react out of pure instinct.

Custom-painted for a reasonable price 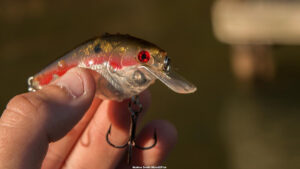 If youâ€™ve ever been to fishing expo of any sorts, youâ€™ve probably seen the ridiculous prices for hand-painted baits. Iâ€™ve seen several that sell for more than $50 and with the way I abuse my plugs, Iâ€™m too scared to pull the trigger and buy one. 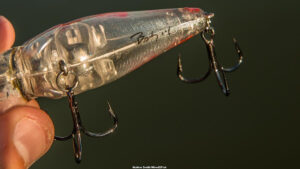 Each M9-S Squarebill is custom-painted and signed by the renowned Dwain Batey, owner of Bait Werks Custom Lure Painting. I donâ€™t know him personally, but Iâ€™ve seen hundreds of his designs both on social media and in my friendsâ€™ tackle boxes. Iâ€™ve always been extremely impressed by the details and intricacy of his work, but I always assumed his lures would be really expensive so I never really looked into buying one to be honest.

This crankbait is priced at $11.99 and at the time of this review itâ€™s on sale for $9.99. Very rarely have I seen a custom-painted lure at such a ridiculously low price point. The color in the photos you see is called Bloody Specter Minnow and it has been excellent in clear water situations. Iâ€™ve also had some success cranking chunk rock with it and I believe itâ€™s because the red color also fools bass into thinking itâ€™s a crawfish.

The durability of the paint job is also worth noting. Iâ€™ve made hundreds of casts with this crankbait and Iâ€™ve yet to see any noticeable hook rash anywhere on it. 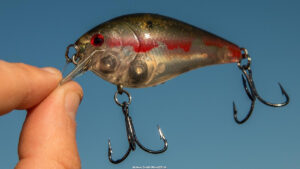 Because I frequent shallow water so much throughout the year, Iâ€™ve learned the importance of long, accurate casts. With the transducer and trolling motor noise coming from my boat, I make a concerted effort to stay as far away from the fish as I possibly can.

This crankbait has a really nice internal weight system located just behind the bill. Itâ€™s totally fixed, so it doesnâ€™t make any noise which I tend to prefer in the cooler months of the year. This weight system allows your rod to load nicely on the back cast and facilitates very long and accurate casts to shallow cover.

It comes with great components

Pretty crankbaits are great, but thereâ€™s not much point in using â€˜em if they have wimpy components. Take it from meâ€” itâ€™s heartbreaking to lose a big bass over some lousy split ring bending or breaking.

Iâ€™ve found the components of the M9-S Squarebill to be very durable. The split rings beneath the hook hangers donâ€™t bend easily and stand up to strong boat-side surges and boat-flipping bass over 3 pounds. 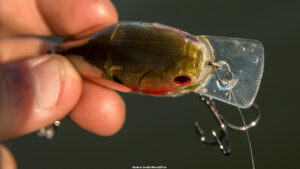 Iâ€™m especially impressed by the addition of the oval-shaped split ring connected to the line tie. I never, ever want to cinch my not between the gap in a split ring because as the lure moves side-to-side, the knot will fray and eventually fail when itâ€™s under a load. This oval-shaped split ring doesnâ€™t allow that to happen. I can re-tie my knot in lowlight conditions without having to worry about its placement on the split ring. 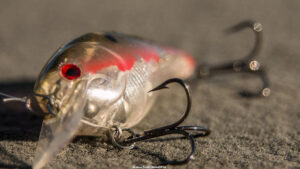 Finally, I also really like the hooks that come on this squarebill. You can choose to order one with or without trebles, but I suggest having them pre-installed. Theyâ€™ll outfit your lure with two No. 4 TG76 Mustad Short Shank EWG Triple Grip Treble Hooks which are some bad dudes. They pin the bass in the sharp bend of the hook and stay sharp for a very long time.

If youâ€™re a cranker, I absolutely recommend the Skirmish Baits M9-S Squarebill Crankbait. It performs exactly as it should and itâ€™s one of the very few affordable custom-painted lures Iâ€™ve run across.

The Skirmish Baits M9-S Squarebill Crankbait is available at SkirmishBaits.com.