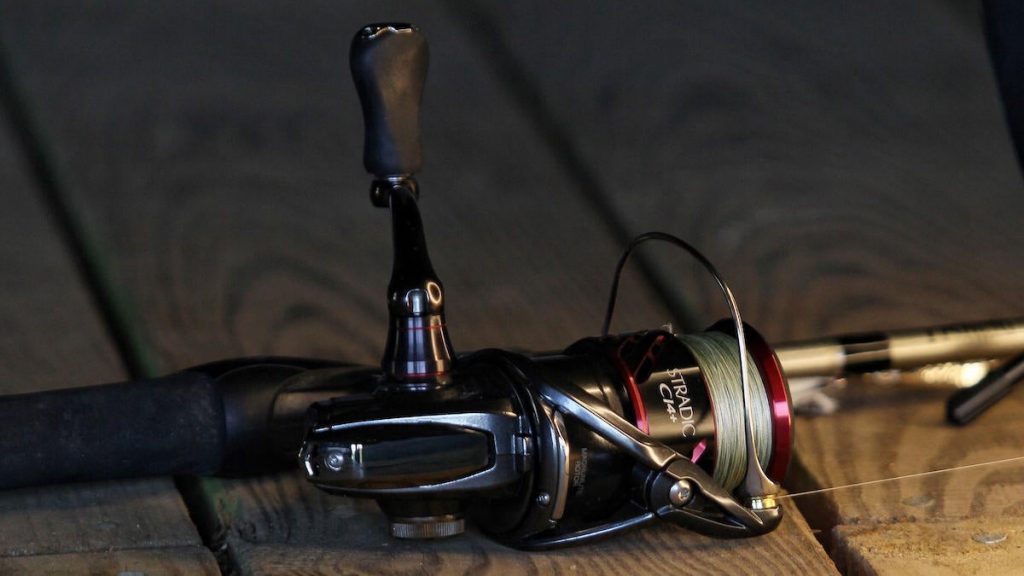 I am not an all-star finesse angler. But I am far better than I once was and still strive to be better at it everyday. For anyone familiar with my writing, it’s quickly apparent that I was born and raised on power-fishing techniques. That’s what my dad did, so that’s what I did. And it carried me a long way in starting a career in fishing.

But in college, I knew I had to broaden my abilities. I dabbled with a few spinning rods and reels, but was quite clueless as to where to even start. Fast forward a couple years to when I fished the Everstarts (now FLW Toyota Series) and the B.A.S.S. Opens, I was getting the hang of a few finesse techniques but had only really become mildly efficient at a dropshot.

Then came the time where I started working in the industry. I developed close relationships and friendships with many of the best anglers in the world. I was able to see behind the curtain and could differentiate between who was telling the truth and who was simply plugging away and pushing sponsor product they didn’t really believe in.

I knew I needed a better spinning reel than what I had, but I didn’t want to blow a bunch of money buying 10 different ones so I asked for advice from that core group of anglers I knew would tell me the truth; the ones with finesse fishing skills I had a ton of respect for. Wether they were sponsored by Shimano or not, the resounding recommendation was a Stradic Ci4+. So I bought one roughly two years ago. And a second one a year ago. Here are my experiences so far. 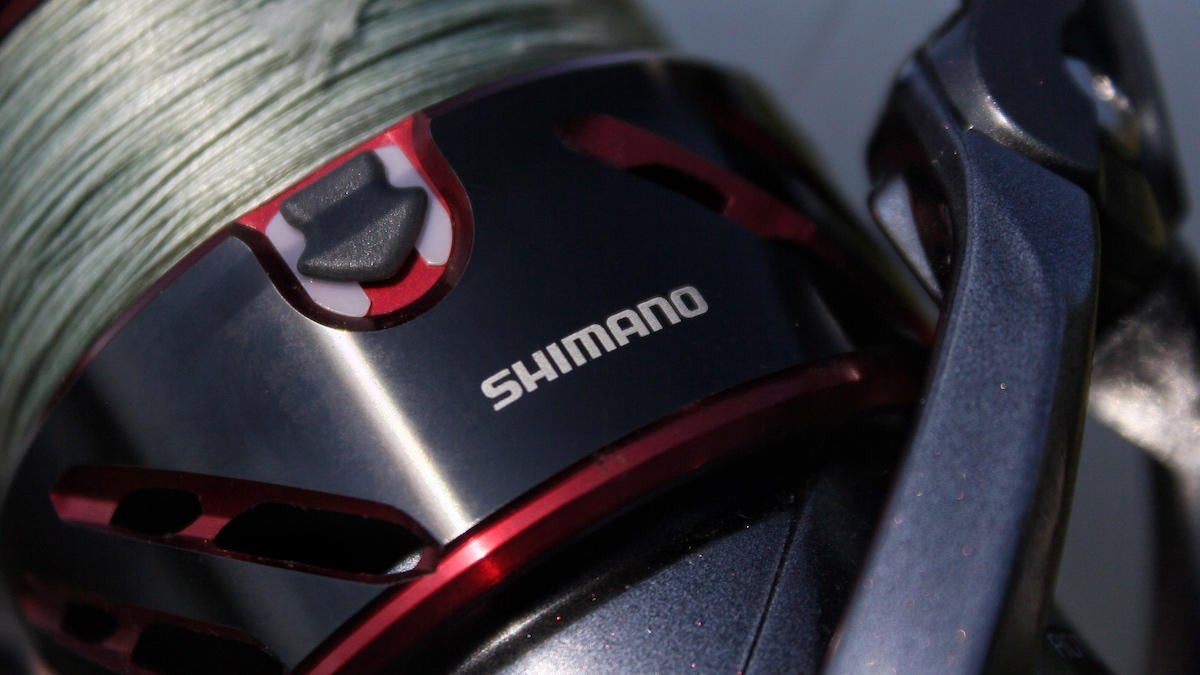 I actually had to do some research on the reel to be able to talk about the technical specifics of it. I mean, I know from my own experiences that it works really well but I didn’t know the “why”.

What I found was around a dozen $10 words used to describe it: Hagane Gear, G-Free Body, X-Ship, CoreProtect, Magnumlite Rotor and more. The tech and science packed into the Stradic Ci4+ is extremely impressive but I’m going to go light on all of the terminology in this review and mainly talk to you about my personal experiences with the reel and why I believe its an awesome investment if you’re looking for a finesse-fishing workhorse. Three of the terms I will dive into a bit are Ci4+, Aero Wrap II and Hagane Gear. 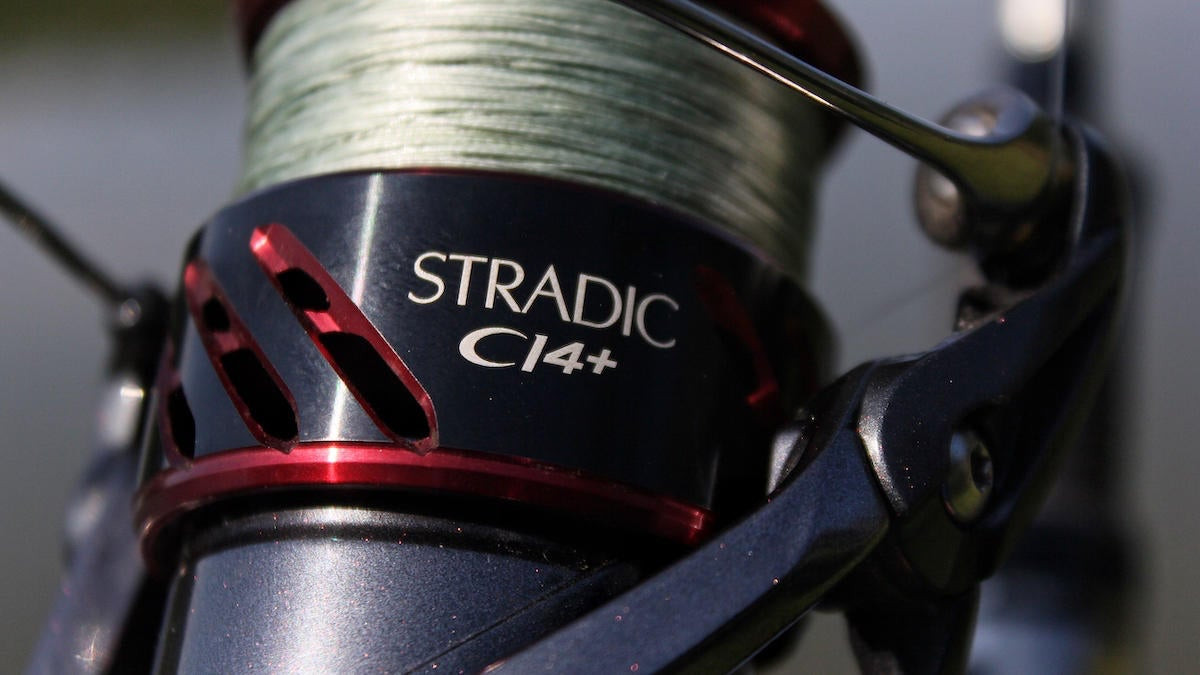 This is something I often wondered myself. After some digging, the name Ci4+ refers to the material from which the Stradic is made. Using carbon interior fusion technology, Shimano has created an extremely light but incredibly strong spinning reel. I’m rough on my equipment. It’s just the nature of the beast for the way I fish. I have bounced this reel around in my rod box and even stepped on it on deck when setting the hook and it hasn’t bent, broken or gotten beat up.

But when I pick up the reel, it doesn’t feel like it weighs as much as it should to be as solid as it is. I have the 2500 size Ci4+ and by comparison it is 25 percent lighter than some of Shimano’s other spinning reels in that size class and at most, half the weight of several other brands’ 2500 size spinning reels. So however Shimano actually goes about creating or procuring the material used to make the Ci4+, it’s definitely a difference maker when looking for a reel that won’t throw the balance of your rod off and won’t wear you out. 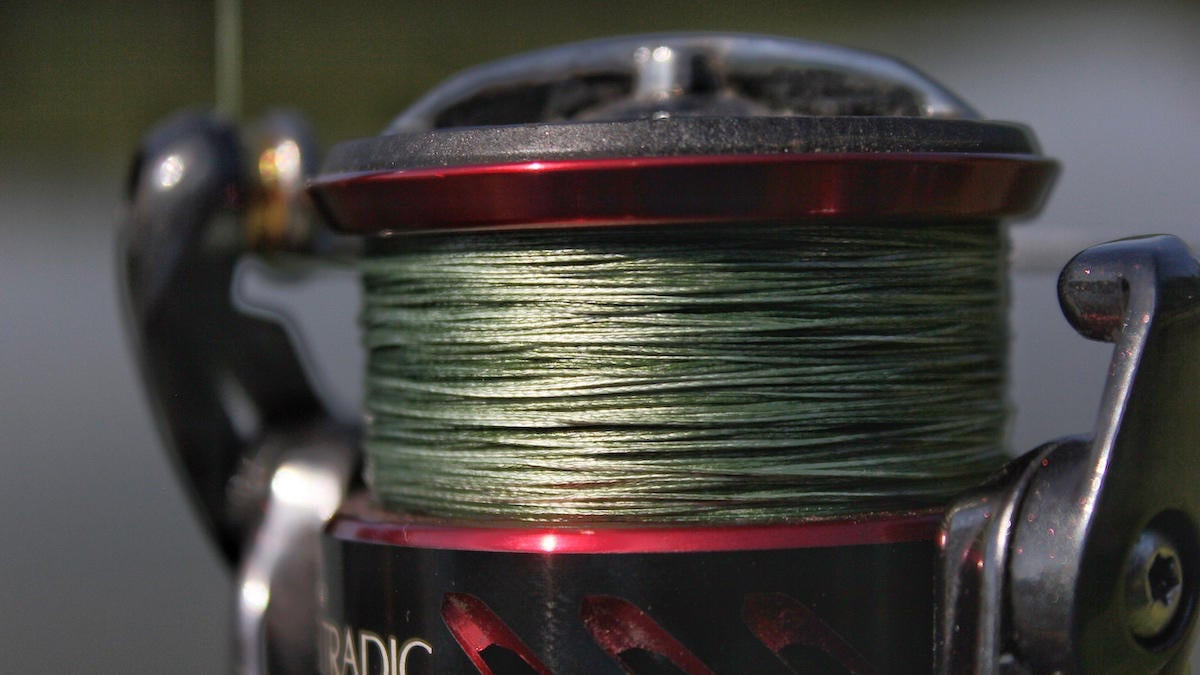 This reel casts really well. Long, smooth casts are extremely important in a lot of finesse-fishing situations. Whether you’re bombing a spybait or pitching a dropshot, accuracy is very
important. Shimano did several things with the Ci4+ to ensure the line would come off the reel quickly and smoothly like adding a One-Piece Bail, their Propulsion Line Management System and incorporating X-Ship technology.

But the feature I was most intrigued by is the Aero Wrap II tech. Using a patented worm gear, the spool of the Ci4+ moves up quickly and back down slowly to create a criss-cross pattern. Through extensive research, Shimano found that this pattern reduces friction and allows for smoother and longer casting. 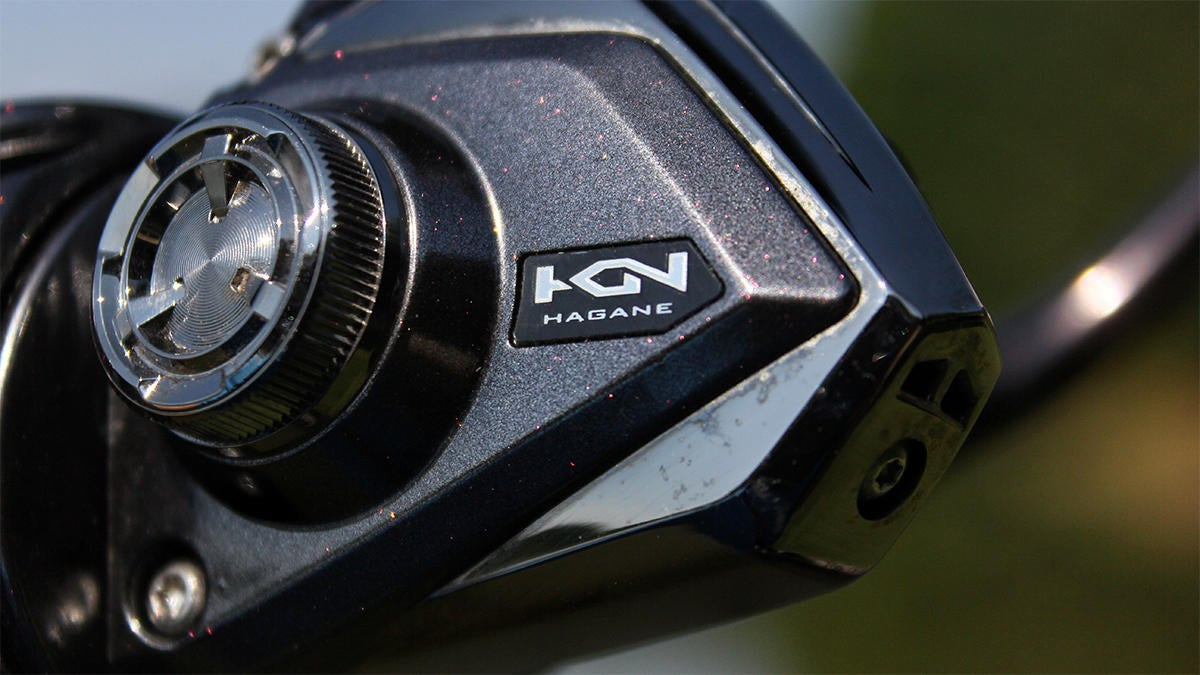 The Hagane gear is what the rest of the reel is built around. Shimano doesn’t like to cut corners, quite literally. Instead of cutting the teeth on the gear for the Ci4+, Shimano created a 3D design and then cold forged it. The goal in doing this is to create a smoother and stronger gear that won’t chip a tooth over time. This is done to ensure the reel is as smooth the thousandth time you pick it up as it was the first.

I don’t know much about the tech, engineering and process that go into creating the Hagane gear, but I do know that Shimano reached their goal. I can’t tell the difference between the one I bought last year and the one I bought 2 years ago. They are both as smooth as they’ve ever been.

A little more on my personal experience 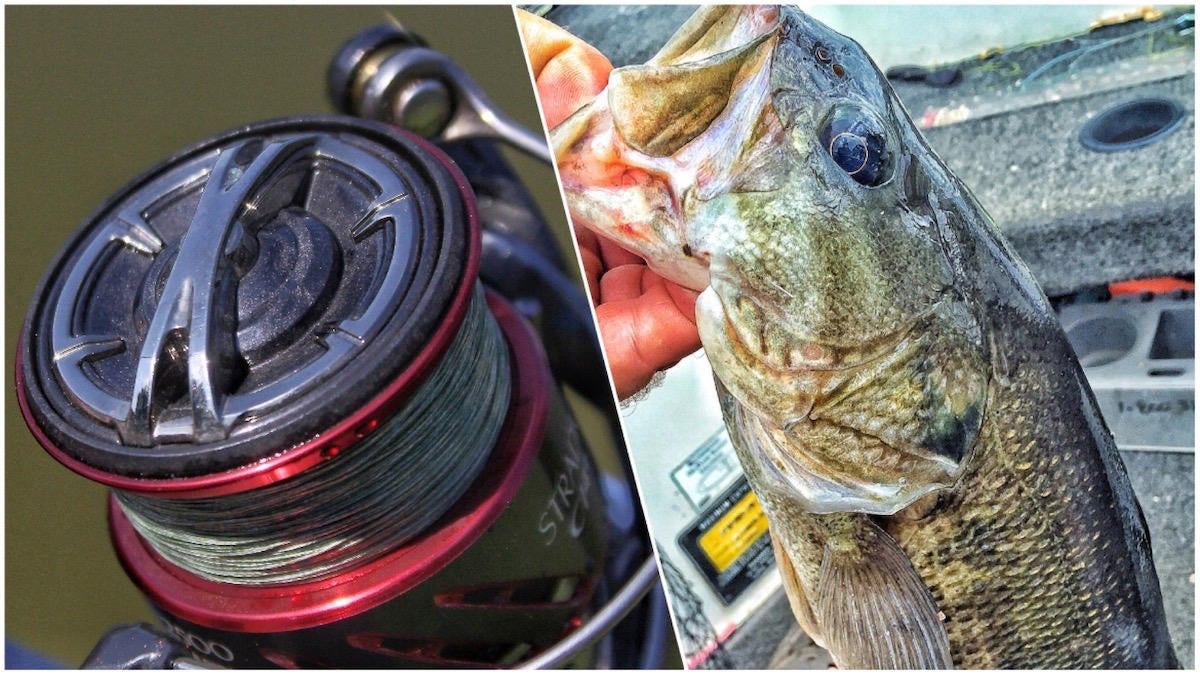 One of the biggest difference makers that I’ve found between a good spinning reel and a bad one is the drag system. On some spinning reels I’ve used, the drag is more of an all-or-nothing kind of deal. As I would loosen it up, inevitably there would be a point where the drag went from not slipping at all to the line flying off the spool. This is not good when battling a big fish on light line and gear. A sudden run and the fish will either snap your line or bend the hook if the drag is too tight, or wind up with a bunch of slack or dive quickly into brush if the drag is too lose.

This is where I saw the biggest difference personally with the Ci4+. As you spin the drag on top of the reel, you’ll feel little clicks. Each click represents a micro adjustment that allows you to stair step up or down the amount of resistance you want from the reel. The drag is extremely smooth and has dozens of these little tiny levels so that you can have the reel set to exactly what you need for the line, hook and bait you are using.

I’ll also adjust the drag on the fly, especially when drop shotting around brush. To begin with, I’ll have the drag a little tighter. As soon as I feel the bite, I’ll pull set on the fish and then try to bring it up 3 or 4 feet really quickly to clear the brush. Often the fish really doesn’t know what’s happening yet and you’re mainly just pulling dead weight before it really starts to fight. As soon as I get the fish up above the brush or off to the side, I’ll loosen my drag and let the fish fight a bit before bringing it to the boat. That is where the Ci4+ has outshined other spinning reels I’ve tried. 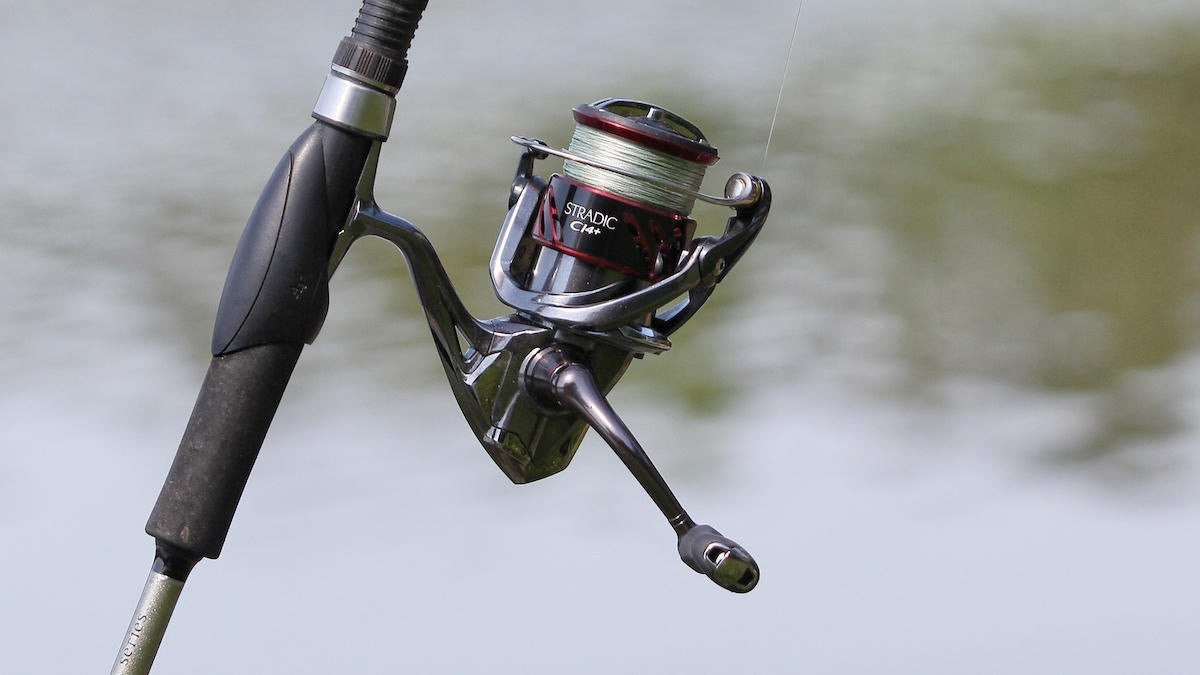 The Shimano Stradic Ci4+ is a fantastic reel. At $229, it is a bit of an investment but well worth the money when you think about what all you can do with it. I have a drop shot tied to one of the two I have most all the time and have the other rigged with a Ned rig, spybait, little hair jig, swimbait or some other finesse presentation. The 2500 size is definitely the most versatile for bass fishing while still being the easiest to use for extended periods of time.

There’s a ton of tech packed into the Ci4+ and I’m glad I did this review because it forced me to dive a bit deeper into the reel’s nuts and bolts. But to be honest, I didn’t buy my first Ci4+ because of its specs. I did so because anglers I trusted told me how good it was. And I didn’t buy my second one because of the specs either, I did so because I knew how good it was. I would definitely recommend this spinning reel to anyone looking for a good one.

The Shimano Stradic Ci4+ Spinning Reel is available at TackleWarehouse.com.