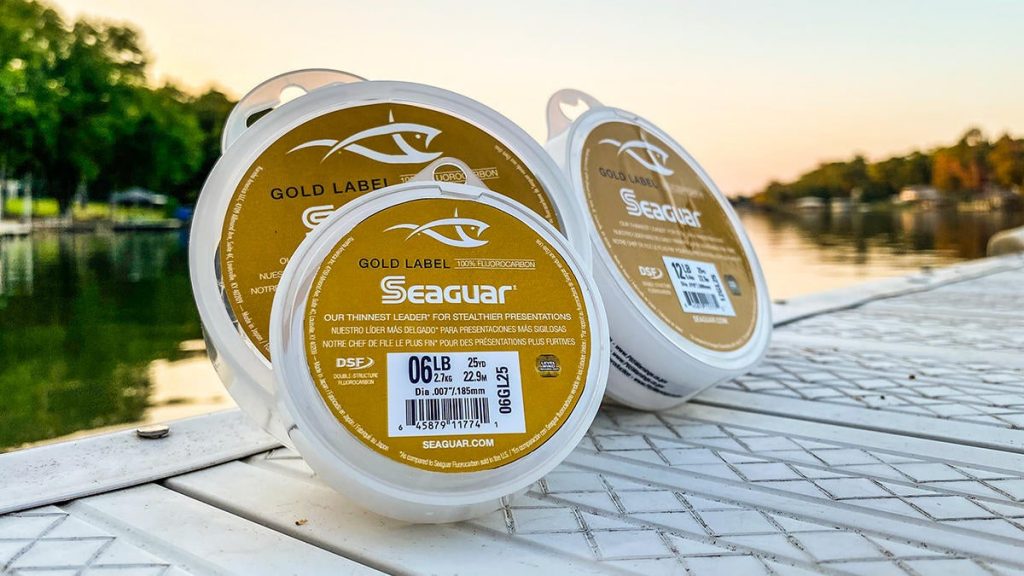 I’ve been having a heck of a time trying to figure out my finesse setups. While spinning gear is not really my favorite thing in the world, it’s necessary to be comfortable with it if you want to be a more well-rounded angler. But line management has been a pain in the rear end for me.

I went through a stretch where I used straight fluorocarbon and while it held up decently at first, it would get really bad memory after a week or two on the reel. I also went old school and decided to try out straight monofilament. It was much better in terms of line management, but it just didn’t have the feel and sensitivity that fluorocarbon did.

Finally, I decided to stick with braided main line with a fluorocarbon leader. I’ve tried a bunch of different leader lines and while I’ve found several good ones, there’s one that has seemed to stand out from the crowd.

For the past several months, I’ve been using Seaguar Gold Label Fluorocarbon Leader Line and I absolutely love it. I actually started using it a year or two ago when I’d go saltwater fishing and it was so impressive that I had to try it on my bass fishing gear. The result has been incredible. 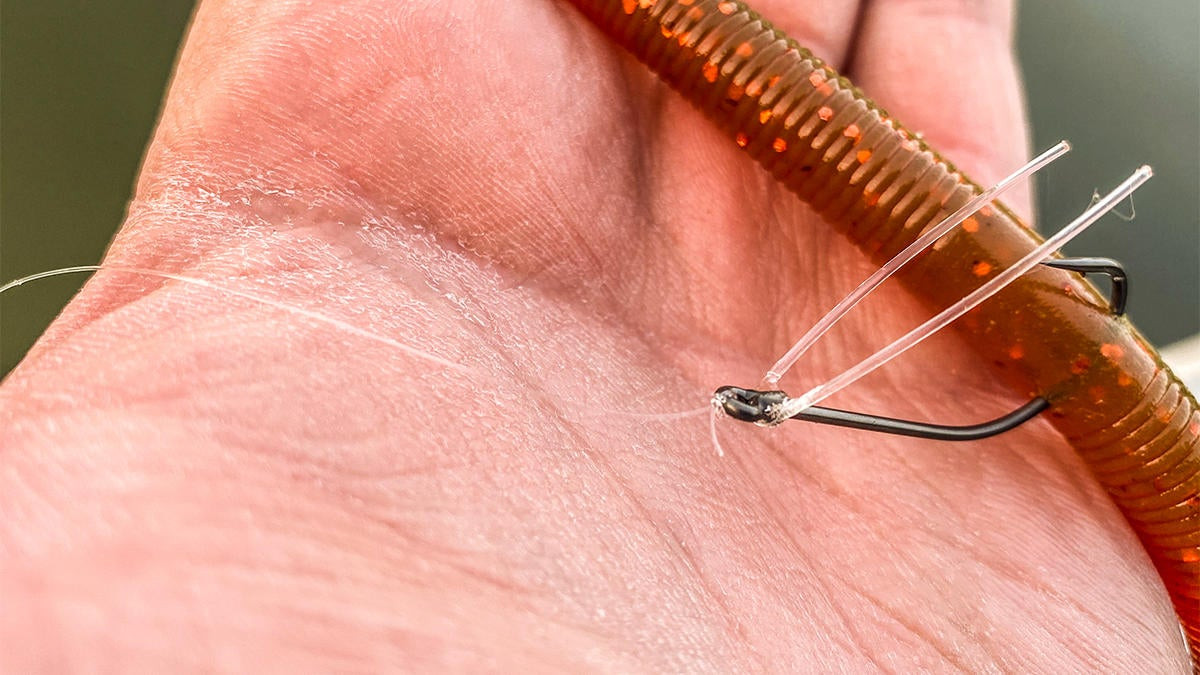 Seaguar Gold Label is incredibly thin, with the 8-pound test touting a diameter of just .009 inches. Not only does this make it harder for the bass to see underwater, but it also makes for a much smaller and more compact line-to-line knot.

There are all sorts of leader knots out there and some anglers get incredibly complex with them. The reason for all of these crazy knots is primarily to create the smallest knot possible so there’s less friction as it goes through your guides. There’s nothing more irritating than a clunky, oversized knot slapping against your line guides and hurting your casting distance.

I’ve been using a very basic leader knot, the two-join uni, while testing Seaguar Gold Label. I can confidently say that the knot is noticeably smaller with this line when compared to other lines I’ve tested. It doesn’t bang around the guides which allows for pretty insane casting distance, even when using lightweight or weightless techniques.

No worries about its strength 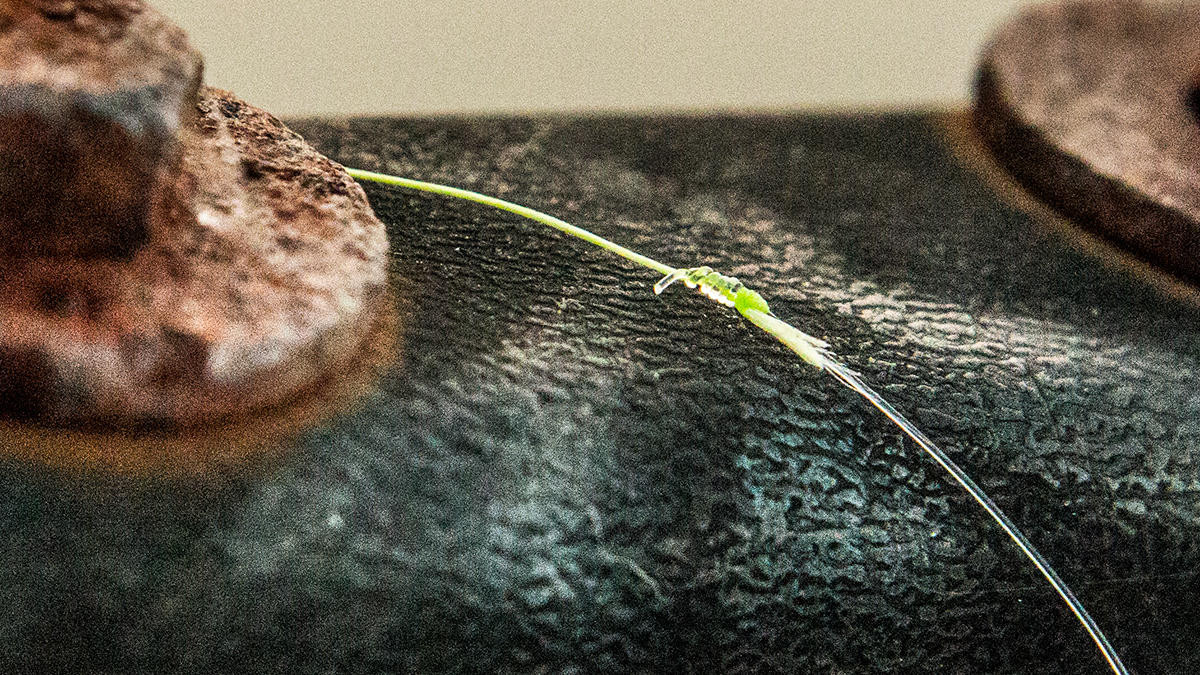 Due to the tiny diameter of this line, I was interested to see how strong it would be. I’ve fished it around riprap, underneath docks, around stumps and in the middle of deep brush piles. Not once have I broken off with Gold Label.

When the fishing gets tough here, I tend to have really good luck with a wacky rig underneath boat docks; it just seems like it gets more bites than other finesse techniques. It has always been a little tricky landing the big bites, though, because I have to navigate them through a labryinth of dock posts, ladders, cross beams and all sorts of other obstructions. The Gold Label, however, has performed wonderfully in these tough situations.

I think confidence in your fishing line is a huge deal and I have the utmost confidence to rig up an 8-pound Seaguar Gold Label leader and skip my wacky rig underneath the nastiest docks on the lake. 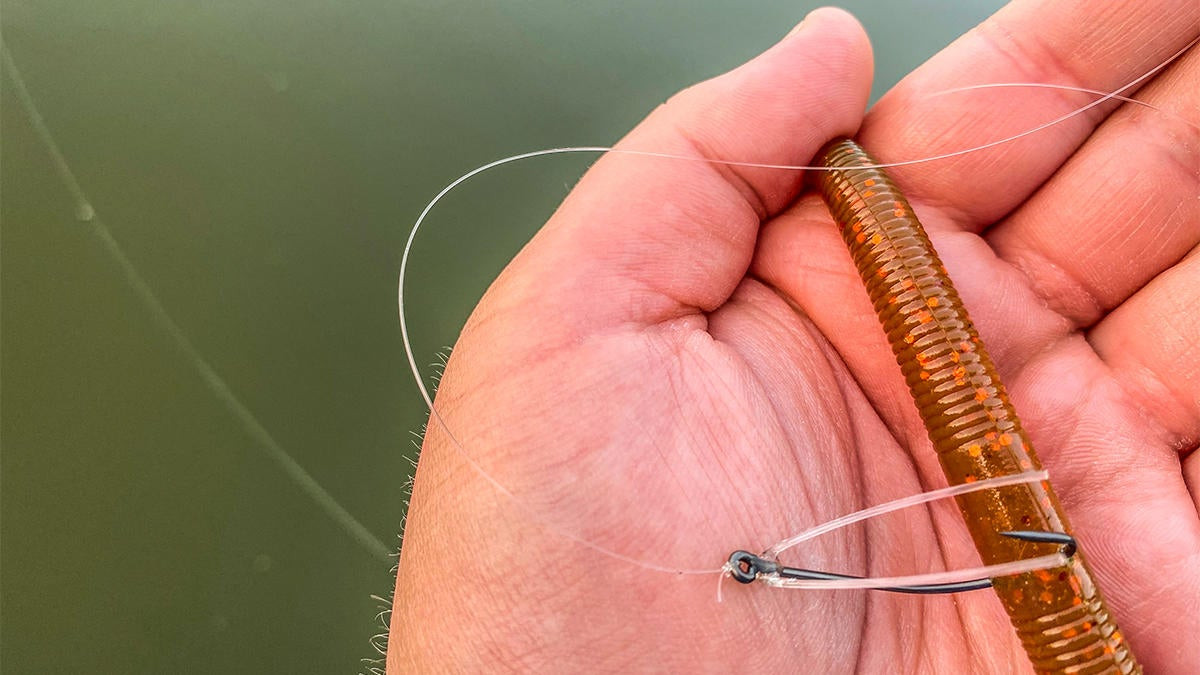 You wouldn’t think it would matter whether or not your leader line was soft. Through the years, I’ve used a bunch of really good leader line that was pretty darn stiff. I just kind of figured the stiffness meant it was strong. This Gold Label, however, changed my thought process on that.

This stuff is very soft for a leader line, which has made knot tying much easier. I am not a knot nerd, to be totally honest. I don’t study knots and spend 10 minutes tying ’em. Like I already mentioned, I use the simple two-join uni knot and this Gold Label has made my knot tying much faster because of its softness and manageability.

I’ve also noticed that this line doesn’t burn itself very much when cinching knots. I still lubricate the knot, but you don’t have to go overboard when tying a knot with Gold Label. You can feel that there’s much less friction when you’re tying your leader knot, which again, is a big confidence deal for me. 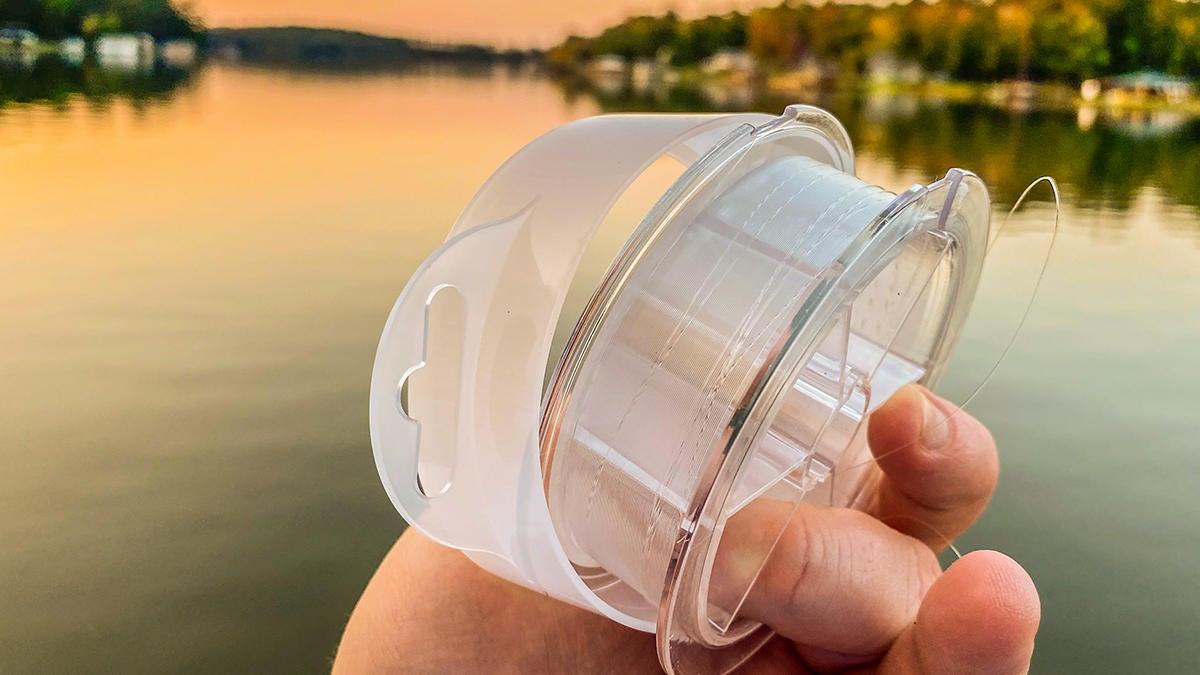 If you’re looking to try a different leader line, I really suggest giving Gold Label a shot. I can’t think of anything I would want to be different about it. It’s thin, strong, soft and I have all the confidence in the world in it.