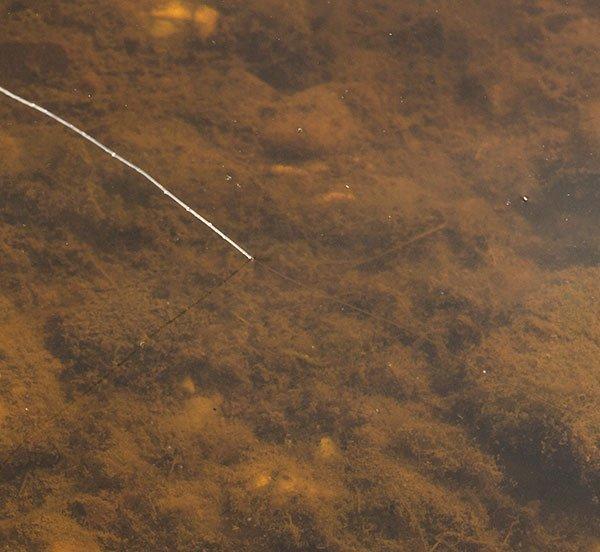 It’s hard to have fun fishing if you’re constantly worried about the condition of your line. Whether you’re bashing squarebills into rock banks or flipping a jig into mangled blowdowns, quality line is absolutely imperativeâ€”it’s one of, if not the biggest variable in your fight against big bass.

I’ve been using Seaguar AbrazX Fluorocarbon Line for all of my heavy cover presentations throughout the entire spring and it has yet to fail me. 3 elements make this line incredible.

Seaguar wasn’t lying when it named this fluorocarbonâ€”the abrasion resistance of AbrazX has given me a newfound confidence in my fluorocarbon. I primarily use this line for up-close and personal squarebill fishing and heavy cover flipping and pitching and I have been very impressed.

Any type of rocky cover can wreak havoc on your fishing line, but I first fell in love with Seaguar AbrazX while paralleling shallow, rocky banks with a squarebill. Normally, after about 10 to 15 casts, it’s a good idea to start checking your line. As I started checking my 12-pound AbrazX, however, I couldn’t find any nicks, weak spots or frays. Using this line, it’s only necessary for me to check my line condition after 40 or 50 casts.

This fluorocarbon is also a standout line for flipping and pitching heavy flooded cover. With some other lines, it sends chills down my spine to hear it “squeak” and grind across limbs with a big bass on the other end. That hasn’t been any problem with this lineâ€”instead of wincing when I hook a big bass in thick stuff, now I just pull harder.

Call me crazy, but I don’t enjoy re-spooling fluorocarbon all the timeâ€”I don’t really know anybody who looks forward to it. Fortunately for me, Seaguar AbrazX has some of the lowest memory I’ve ever used in a fluorocarbon line. 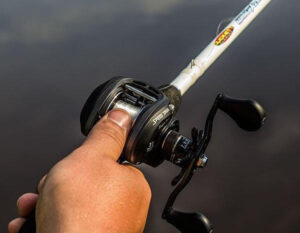 One of my favorite flipping combos has been spooled with 20-pound AbrazX since late February. Normally, I would change it, but I honestly don’t have a reason to. I can flip to short-range targets and cast to deep structure without any of the “slinky effect”. It stays packed on the reel tightly and doesn’t coil when slack. In my opinion, that’s pretty special 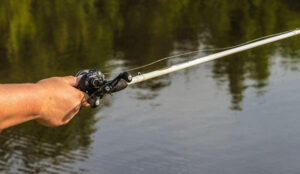 Seaguar AbrazX casts like a rocket, which goes hand-in-hand with its low memory. We’ve all dealt with fluorocarbon that makes you fight a backlash on every castâ€”the awful “crunching” sound and the nasty feel of it slapping against your thumbâ€”you know what I’m talking about.

I have several reels in my rod locker spooled with AbrazX and regardless of how long they’ve been unused, they cast well on the very first cast. It doesn’t jump off the spool and it doesn’t “lump” onto the reel in the middle of your retrieves.

If you’re looking for a new fluorocarbon line for your heavy cover techniques this summer, try Seaguar AbrazX. Starting at $18.99, it’s a strong, low memory and long-lasting fluorocarbon that hasn’t let me down.