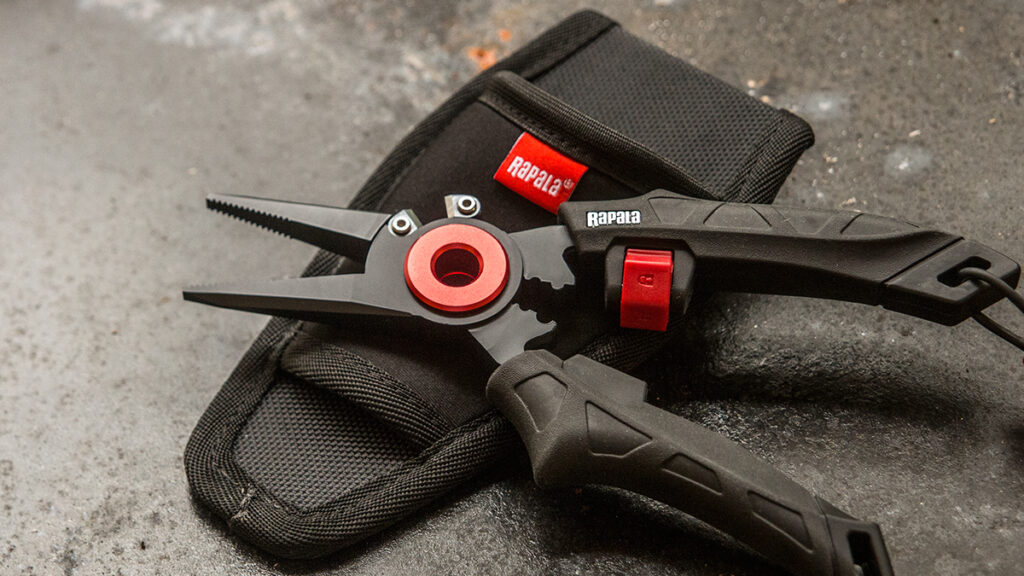 If I had a penny for every pair of cheap pliers I’ve unintentionally ruined over the years, I’d be sitting pretty right now. I have close to a dozen rusty and seized-up pliers on the work bench in my shop but for whatever reason, I can’t bring myself to throw ‘em away. I hate wasting money and I keep telling myself I’ll find a way to bring them back to life one day.

Well… “one day” hasn’t happened yet. They’ve been sitting there for several years and they can still barely open and close.

I took a little bit of a turn and started testing some higher-end pliers for the last several months and I must say that I’m fairly impressed. Whether you want to put ‘em in your boat or keep ‘em in your shop for different tasks, I’d certainly recommend taking a close look at them. Hang with me for a minute or two and I’ll tell you what I like the most about them. 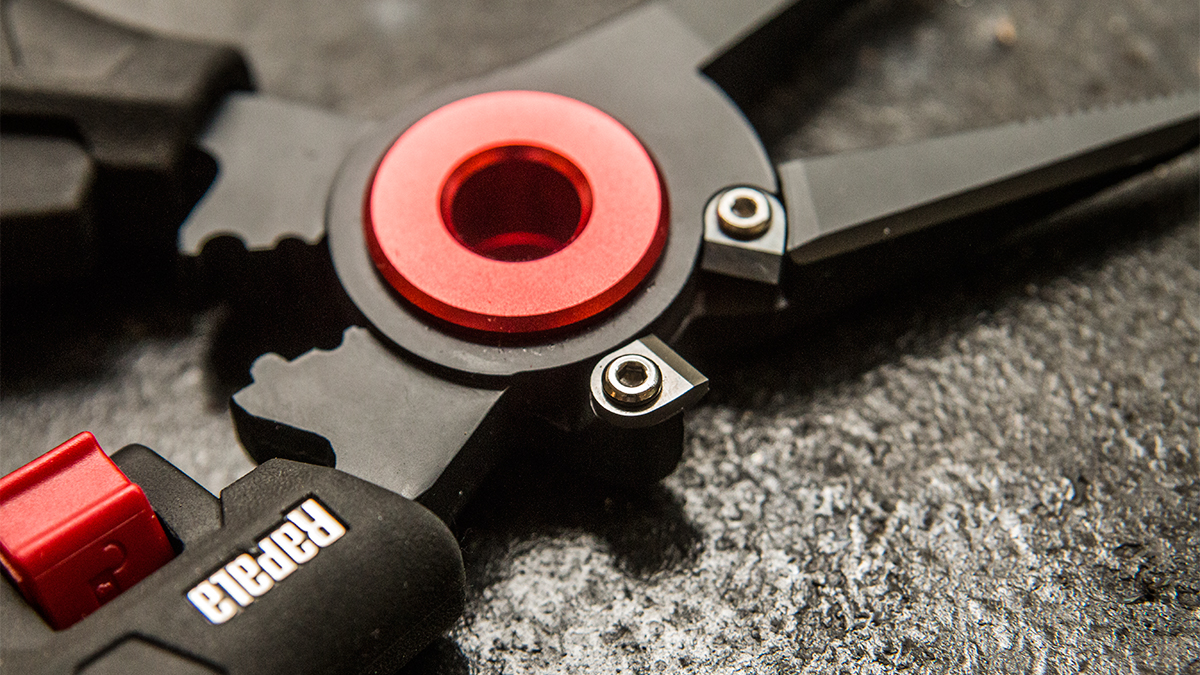 Excuse the colloquialism above, but the line cutter that’s on the Rapala Elite Pliers cuts any type of line regardless of the diameter of material. It’s easy to brag about pliers cutting monofilament or flouorocarbon but the real test, in my opinion, is braided line. I have cut anywhere from 15-pound braided line to 80-pound braided line with total ease using these pliers.

The line doesn’t crimp when cut and you don’t have to saw it or close the pliers several times to make the cut. The blades are razor sharp and cuts through line with no issues at all. I’ve used and tested a lot of line-cutting tools in the past and while many of them work excellently at first, many of them tend to become dull after a few weeks of use. So far, I have not had that problem whatsoever. The cutters on these players have exceeded my expectations. 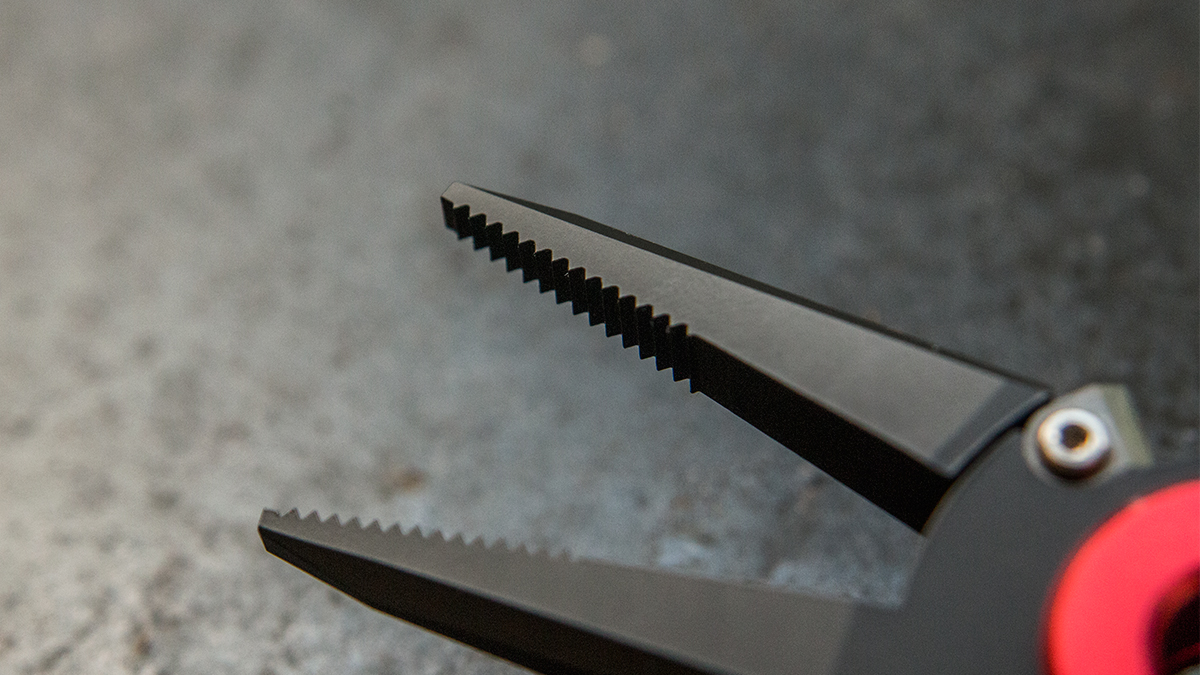 As I mentioned earlier, I was getting tired of rusty and nasty pliers in my boat. Not only would they not open and close but they would also stain my carpet. I have already replaced my boat carpet once and I can confidently say that I will never do it again.

These pliers come with a Cerakote coating that supposedly protects against abrasion, corrosion and UV rays. I’m not a scientist and I haven’t put them under a microscope but I will certainly say that they haven’t rusted thus far and they seem to be holding up better than any of pair of pliers I’ve tried. I can leave them in the floor of my boat in rainy weather and back my boat into the shop and not even worry about taking them out. They haven’t stained my carpet and they still work just as well as the day I got them.

Super-tight grip that will offer many advantages 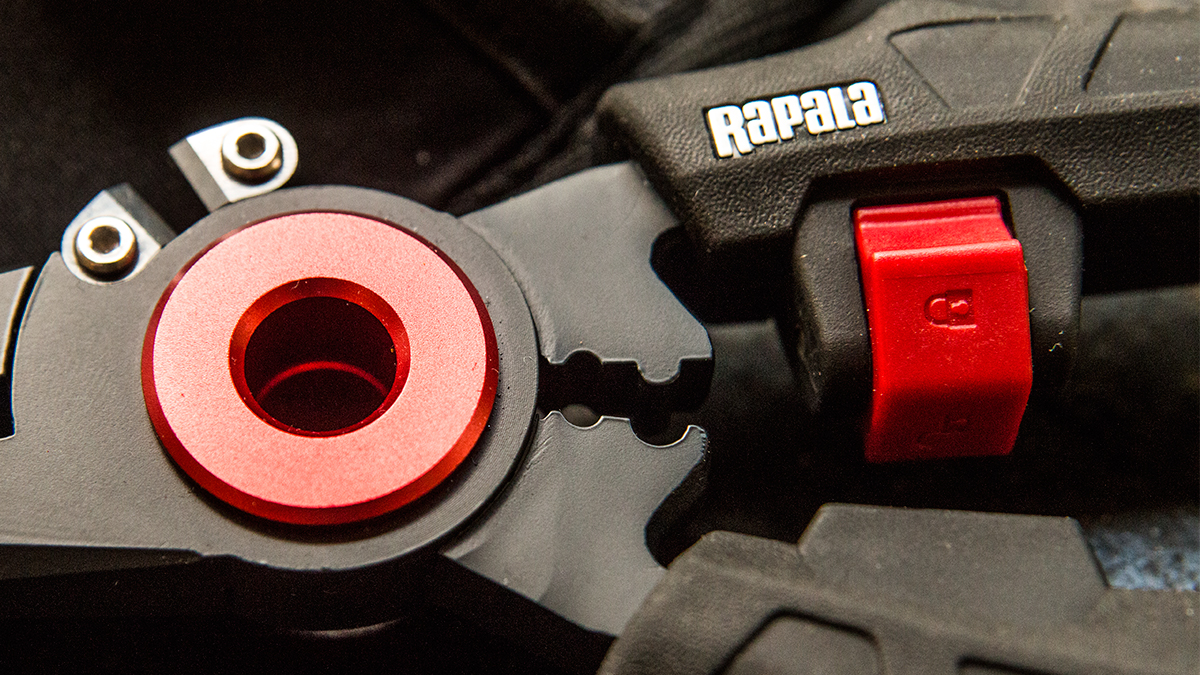 I know I write about bass fishing for a living but oddly enough, I’ve become really interested in shark fishing the past several years. Living only a few hours from the coast, I love to take trips to the Gulf and spend a week soaking baits and trying to catch the biggest, meanest creature I can find.

Until now, it has been nearly impossible to make pliers last through an entire trip. By the fourth or fifth day, whether it’s due to the sand, salt or whatever, my pliers will get seized up every single trip it seems like. I have not had that issue with the Rapala Elite Pliers; I’ve found them to be super durable and they work excellently for both fresh and saltwater fishing.

The big grips and tactile grip also help when I’m trying to tie those tough saltwater fishing knots with thick-diameter monofilament line. If you’ve ever tried it before, you know it’s horrible on your hands without a good set of pliers. These pliers have been a huge help with that.

The Mag Spring is a really good idea 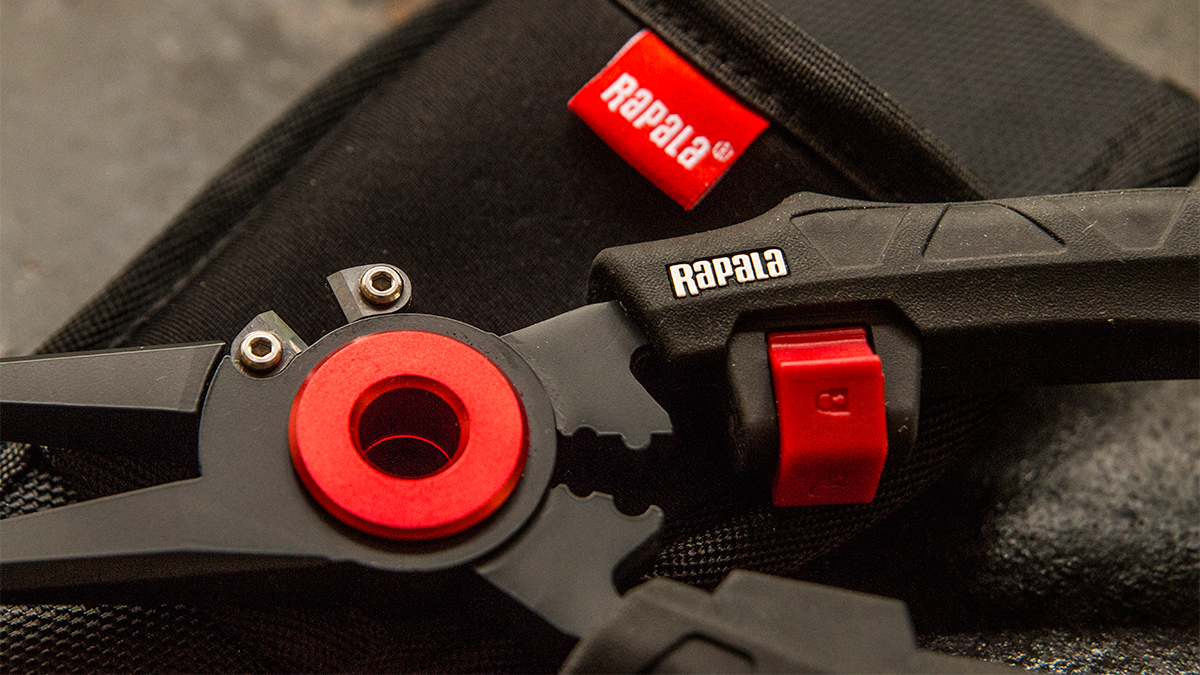 I’ve always thought that storing pliers was a little annoying because most manufacturers design them to stay open which, of course, takes up a lot more room in your boat or tackle bag. The Rapala Elite Pliers, however, come with a Mag Spring system that allow you to keep ‘em close with the simple flip of the red switch you see in these photos. It sounds like a small addition but it certainly helps in a boat full of gear.

The Rapala Elite Pliers are available at the following retailers: