Every bass angler has their “thing”, if you will. Some like pitching jigs, some like fishing deep structure and others get their kicks by fishing topwater frogs on top of matted vegetation. Me? I’m a crankbait nut—probably to an unhealthy degree, actually. The sheer efficiency of these lures allows me to cover a bunch of water in a short period of time and force reaction strikes from lethargic bass, which has led to me testing hundreds of them over the years.

Like many of you, I’m very familiar with the Rapala crankbait lineup. They’ve been catching bass for both small and big-water anglers for over 50 years. But I’ve become so confident with a few particular Rapala plugs, namely the DT and Shad Rap series, that I’ve mistakenly overlooked a few of their lesser known crankbaits.

I’ve had a single Rapala DT Thug in one of my crankbait boxes for a long time—I can’t even remember where I bought it. Admittedly, it was overshadowed by a few of its time-tested cousins so I never used it. A few months ago, however, I finally decided to tie it on and start experimenting with it. What I found made me feel like a dummy, if I’m honest.

After a lot of testing, I’m convinced this bass fishing crankbait doesn’t get anywhere close to the credit it deserves. Here’s what I have found most compelling about its design and applications.

Hunts well throughout the retrieve 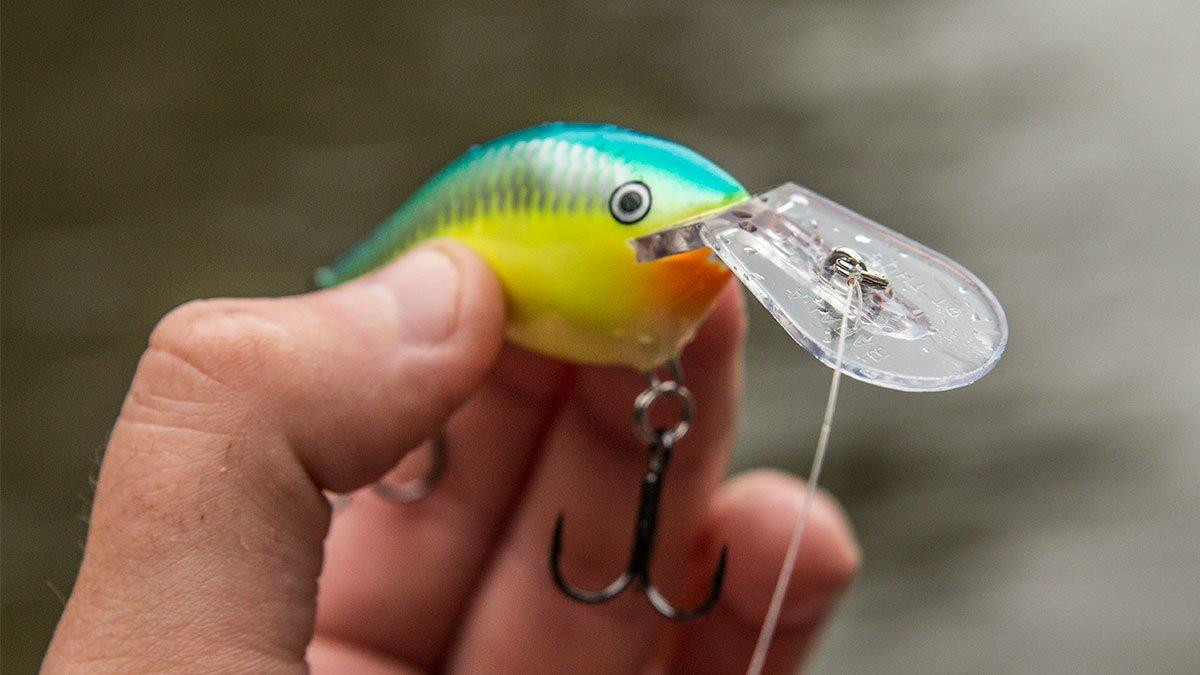 I always harp on the importance of using crankbaits that hunt. I think a lot of anglers mistake the whole “hunting” concept as a clever marketing ploy, but I wholly disagree. The next time you see a school of baitfish near the surface, stop fishing and just watch them for a few minutes. They rarely swim in a straight line. They’re constantly darting and dashing side-to-side in order to evade any potential predators. I want my crankbaits to mimic this natural action as closely as possible.

The Rapala DT Thug does just that. You don’t have to do anything special—anyone can achieve this special action. Just make a long cast, engage your reel and utilize a moderate to high-speed retrieve and you’ll see your line vibrating and darting from side-to-side.

You’ll find a lot of crankbaits these days that hunt, but many of them don’t hunt “well”. They’ll dash and dart all over the place, but have a hard time returning to their center line. The DT Thug isn’t what I would call a “hard hunter”—it has approximately 6 to 8 inches of lateral travel throughout an ordinary retrieve—but that’s not a bad thing. This subtle hunting action allows it to return to its center line without any problems, which makes the lure to track straight and stay in the optimal strike zone longer.

I’ve noticed that the faster you reel this crankbait, the more aggressively it hunts. You’ll get a little travel on a slow retrieve, but I seem to have the best results while burning it at a pretty good clip with a 6.4:1 ratio reel. 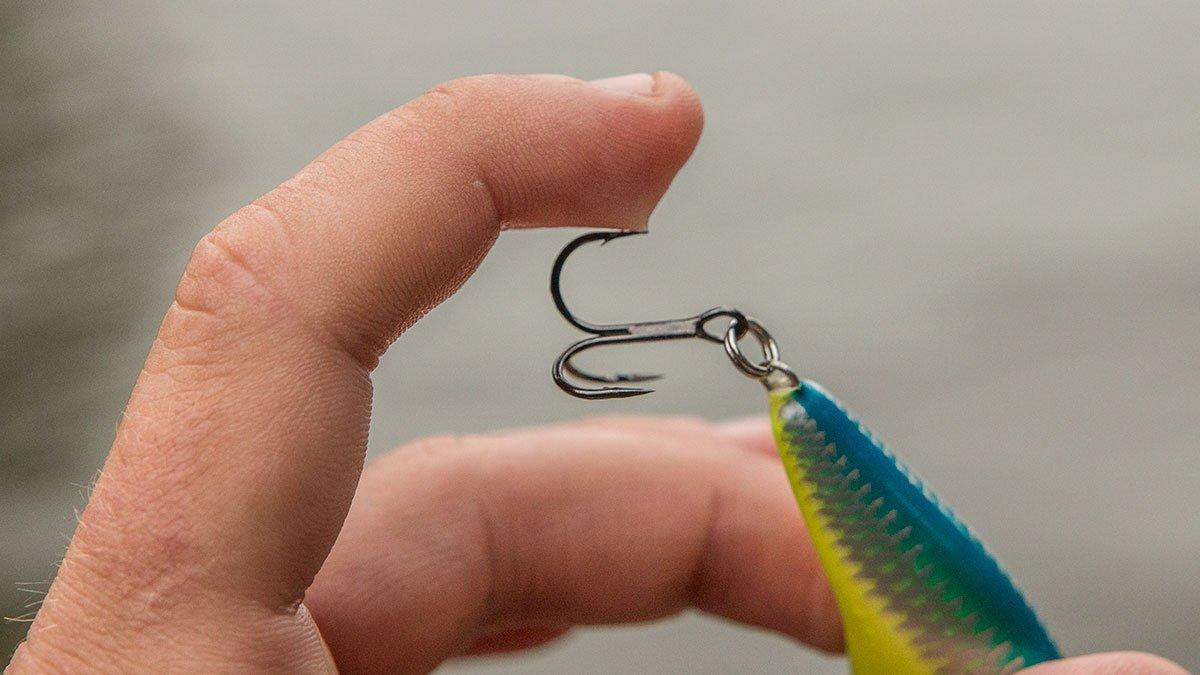 At first glance, this lure looks a lot like a Shad Rap and I think that may throw some people off in regards to its application. The Shad Rap is known for its tight wiggling action which is what makes it so effective in cooler water temperatures, but the DT Thug has a suprisingly aggressive swimming action. You can certainly tell a difference when fishing the two side-by-side. The DT Thug has a more noticeable vibration and it also rolls on its side considerably more than its cold-water doppelgänger, making it an excellent choice for warmer water temperatures. 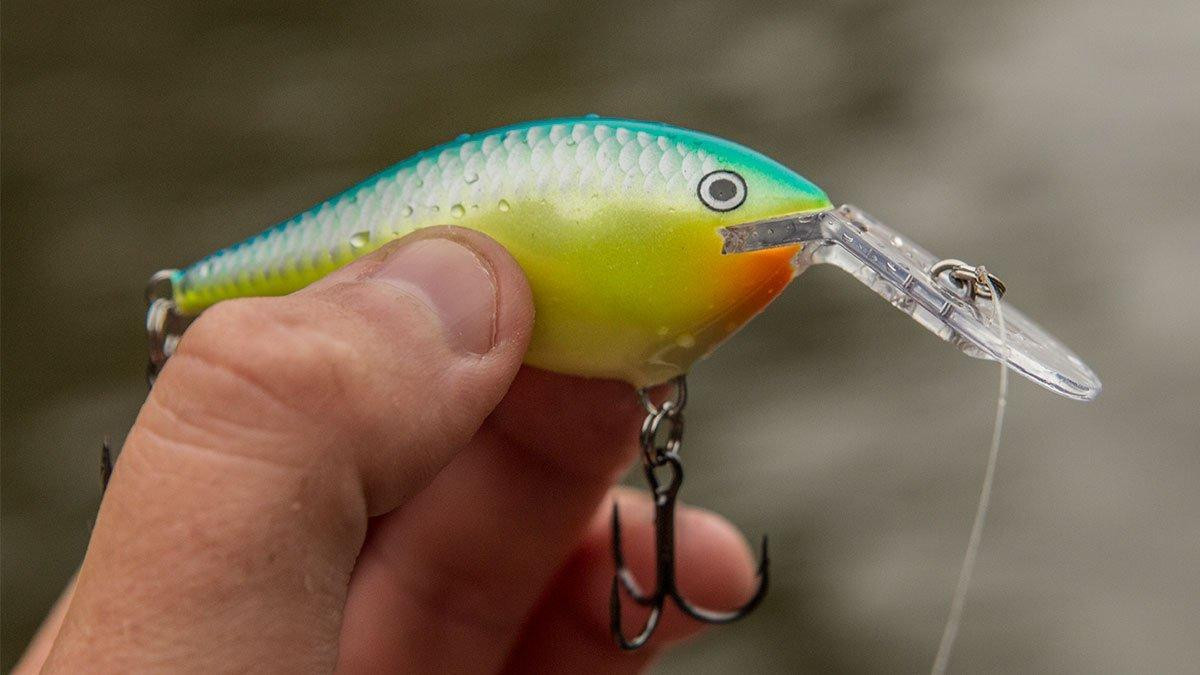 “Traction” is kind of an awkward word to type when discussing a crankbait, but hear me out. Just as we discussed with a crankbaits hunting action, too much deflection can be a disadvantage as well. When a crankbait hits a piece of cover, of course you want it to deflect, but it doesn’t need to bounce several feet away from the target. When this happens and it temporarily loses its course, you ultimately lose depth while the lure leaves the strike zone of nearby bass. Essentially, a happy medium is ideal.

The DT Thug has some really nice deflection properties, especially when you fish it through hard cover situated closely to the bottom. This isn’t a squarebill-type plug that I’d throw in the middle of a laydown, but if you’re fishing mid-depth brush piles or gravel shelves, it’s an awesome option.

It even performs well around riprap, which is probably where I’ve had most of my success with it. It knocks off the rocks well without deflecting too far to the side and ricocheting into nearby cracks and crevices. Once it deflects, it quickly returns to its original path without losing any depth or traction.

This isn’t a particularly large crankbait—it only measures 2 1/2 inches and weighs 3/8-ounce. But although it looks similar to the lightweight Rapala Shad Rap, it casts extremely well on casting gear. Especially for a balsa lure.

Now, that doesn’t mean to turn off all of your brakes and let ‘er fly. Some care still needs to be taken in order to avoid a nasty backlash, but it’s certainly easier to cast than many similar balsa baits in its category. It doesn’t seem to helicopter very often which helps maximize casting distance and accuracy.

I’m not at all afraid to use this bait in heavy winds—it doesn’t take much babying whatsoever. It flies straight and loads quite well on the back cast.

Durable for a balsa lure

A lot of anglers have durability issues with balsa lures. I know several who have quit using them because they can’t keep ‘em in one piece. But please listen when I tell you this: If you repeatedly slap the DT Thug or any other balsa lure on the water, it’s going to break. Balsa is not made for that. If you’re one of those folks who whips their bait to remove leaves or weeds, you’ll crack this lure.

If you understand how to properly care for the DT Thug, however, you probably won’t have a single complaint about its durability. I’ve fished it around a bunch of rocks, gravel and brush piles and have noticed absolutely zero cracks, splits or seperation between the bill and the body of the lure. It has held up extremely well throughout my testing.

I know it’s a hard habit to break, but when you get some crud hanging off of your treble hooks, simply remove it when your fingers. If you can train yourself to do that, you’ll enjoy a lot of fishing time out of this lure. 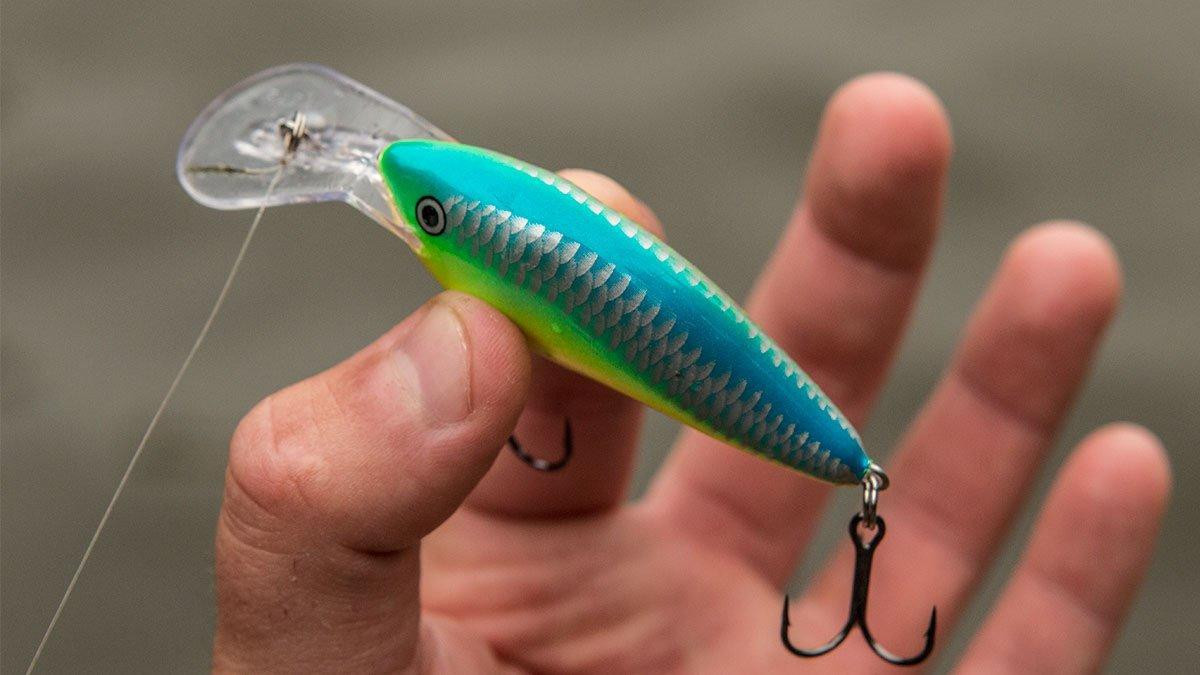 I was totally wrong when I intitially though this lure was meant to do a Shad Rap’s job. It’s designed for an entirely different set of applications and I’m sure glad I got the gumption to try it out. I can see this being a big player whenever you’re targeting transitioning, mid-depth bass and I’m excited to see what it’ll do this fall. It’s definitely a good lure that deserves a lot more credit.

The Rapala DT Thug is available at TackleWarehouse.com.