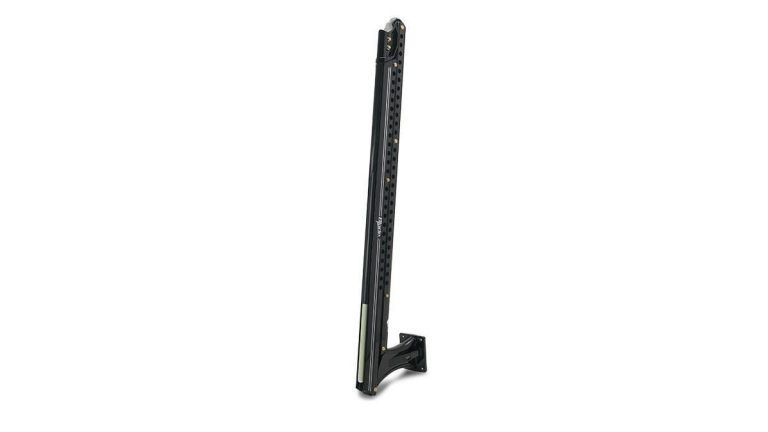 Iâ€™m not a â€œflashyâ€ angler by any meansâ€”Iâ€™ve never been concerned with the vanity of bass fishing. I donâ€™t have the newest bass boat, the fastest motor or a bunch of stickers on my rig. My reels are scratched and scuffed, my rod blanks are covered in dried-up fish slime and thereâ€™s a permanent mud line on my boat from banging around the rivers of my local fisheries. Thereâ€™s absolutely nothing wrong with having a slick fishing setup, but I just keep things simple. It works for me.

With that being said, I made a major upgrade to my boat last year. I bit the bullet, went against my relatively traditional style and installed two Power-Pole Blades on my boat. The idea has always intrigued me and as much as I frequent shallow water, I decided it was finally time to put â€˜em to the test.

After using them regularly for well over a year, Iâ€™ll be totally honestâ€”I wonâ€™t have another boat without them. Hereâ€™s why.

Theyâ€™ve changed the way I boat and fish

Iâ€™ll admit that I was a bit apprehensive about adding the Power-Pole Blades to my rig. I had fished for decades without them and caught plenty of bass along the way. But after sharing boats with some of the best anglers in the world while working on content for Wired2Fish, my thought process started to change.

I didnâ€™t want to â€œlookâ€ like a pro. That was never my intention. Instead, I got to see the numerous ways these guys used their Blades throughout a day of fishing. It was impressive, to say the least. These anchors proved to be extremely versatile tools that made common boat control issues an afterthought.

Fast-forward to today and I cannot imagine fishing without them. I know that sounds like a ridiculously declarative statement, so before rolling your eyes like I once did, hear me out. 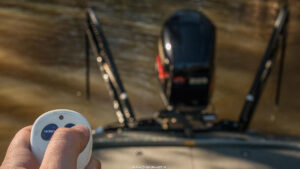 Iâ€™ve really been impressed by some of the design features on the Power-Pole Blades. Iâ€™m not much of a gear head, so I was very relieved when I discovered how easy they were to operateâ€”even for guys like me.

They have three different speed settings that control how quickly they deploy, and all you have to do is hit one button to cycle through the speeds. I keep mine on the fastest speed most of the time, especially when itâ€™s windy so Iâ€™m able to come to a complete stop in just a few seconds. When spring comes, however, Iâ€™ll actually change to the slowest setting. This allows me to be very extremely stealthy when Iâ€™m approaching a big bass on its bed.

Regardless of the speed, however, Iâ€™ve been pleased by how quiet the two pumps are. To this day, Iâ€™ve never seen a shallow water bass spook after deploying my Poles. 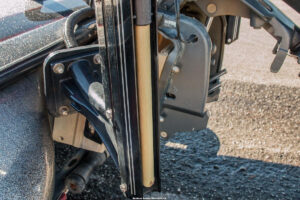 Iâ€™ve also enjoyed the flexibility of the Everflex spike. Itâ€™s made of fiberglass, so it doesnâ€™t crack or warp when you suddenly stop at high trolling motor speeds. Instead, youâ€™ll be able to feel them flex, almost like a diving board. Theyâ€™ll stop the boat without any problems, but youâ€™ll feel the boat pendulum backwards a bit as the spikes flex.

A few months ago, I thought I messed up big time. The spikes were barely touching in 8 feet of waterâ€”I have the 8-foot, not the 10-foot modelsâ€”and I cranked the big motor and headed to another spot without putting my Poles up. I got on pad and it sounded like someone was skiing behind my boat and as I looked behind me, sure enough they were still deployed. I cringed and immediately came to a stop, figuring that I had to have broken something. Much to my surprise, however, everything was still totally intact and functionalâ€”even after reaching 40 miles per hour. 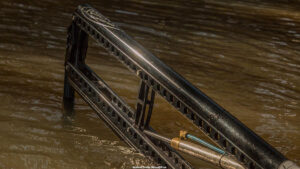 Now keep in mind, I already said I wasnâ€™t a gear head. So I just assumed the Blades would be a pain to install. They actually sat in my office for a few weeks because I procrastinated the installation. But with the help of a goodâ€”and mechanically inclinedâ€”friend, it really wasnâ€™t that bad. In fact, I could probably install them on my own if I ever needed to.

The toughest part for us was finding a suitable place to mount the hydraulic pumps. My boat is a 1999 model, so it was made before Power-Poles hit the fishing world. This means that there wasnâ€™t a terribly convenient place to mount the pumps. After a lot of scheming and consideration, we ended up mounting them underneath one of my back compartments. We removed the insert and had just enough room to mount both of them. 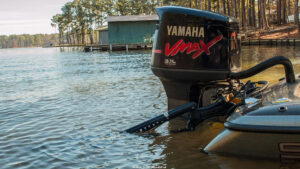 From there, it was just a matter of mounting the Poles on my jackplate and running the hydraulic lines. We were able to run the lines through the same hole as my steering cables, so there we didnâ€™t have to drill a single hole in the top cap of my boat.

All-in-all, it probably took about three hours to complete the installation, not including the pump placement conundrum. On newer boats with more room and an updated design, I donâ€™t see why installation should take any more than two hours from start to finish.

I could have published this review several months ago, but I wanted to make sure I put these anchors through everything I could possibly imagine. And Iâ€™ve certainly done that to the best of my ability. After using them multiple times per week for 16 months, I can comfortably say that they have, in fact, made my life much easier on the water.

And like I mentioned in the beginning of this piece, I can also say that I will not have another boat without them. I sincerely mean that.

The Power-Pole Blade is available at TackleWarehouse.com. For more technical specifications, visit Power-Pole.com.