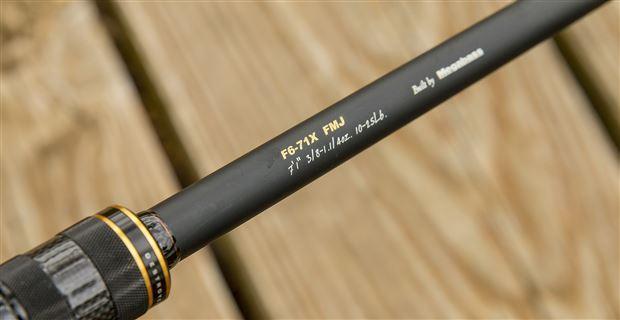 The Megabass Destroyer line of bass fishing rods have become iconic in a short amount of time. The innovation and craftsmanship produced a performance not often found in a fishing rod. These rods, first released in 1996 in Japan, quickly created a legendary following, and now they have brought a new line of Destroyer Rods to the US in 2017 that incorporate brand new technologies to make some of the most innovative rod designs.

The first rod I fished from the new line was the Megabass Destroyer FMJ rod. The design of the Megabass Destroyer Full Metal Jacket (FMJ) sought to produce the ultimate jig rod. That sounds easier than it really is. A precision casting jig rod is one of the more difficult rods to make well. A little background will help you understand why. 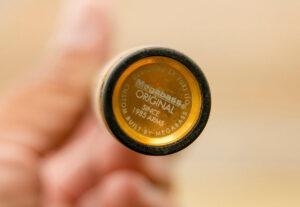 Background on the Destroyer rods

You can build the most sensitive rods out there by just increasing the modulus in bass rods. You end up with very light rods that are sensitive. But they are also brittle and in a fight they have such fast crisp actions that the hook is often pulled loose and you literally feel like you have no control of the fish the harder they pull. You lose a lot more on those rod blanks.

That’s the dilemma they were trying to solve with the FMJ, and why they Hybrid Graphite System was introduced. They literally had to wait for the graphite to be developed in Japan and the process of blending to be mastered before they could make this rod to solve that age-old issue with jig rods. 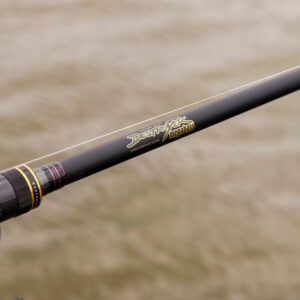 Megabass’s proprietary Hybrid Graphite System basically blends different modulus of graphite material from the tip to the butt to give the rod the best of all worlds. Sensitivity and responsiveness up top but control and loading power needed in the rear of the rod for big bass. This technology allows the rod to continue to load down the blank towards the handle and will load more as a fish pulls harder alleviating that feeling that you’re going to lose a fish during the fight. And the more the fish pulls, the quicker it tires because of how the rod increases load through the taper.

The FMJ features a high-modulus tip for sensitivity and responsiveness in casting and working a jig on a long cast. The lower modulus rear section is blended through the blank for lifting power and control in the fight. They also incorporated a Spiral Architecture Reel Seat to maintain power all the way through the grip as that’s one of the most stressed areas on a lift (swinging a big bass). That diagonal design gives the blank additional power that cannot be achieved vertically or horizontally as the blank loads into the seat section.

Along with their proprietary materials and designs, Megabass incorporated top-of-the-line Fuji® Titanium SiC® guides and new tips for better casting and performance with the highest quality components available. 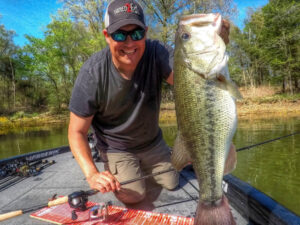 My experiences with the Megabass Destroyer FMJ

The first fish I caught on the FMJ was a good largemouth weighing more than 5 pounds on a jig worked through a brush pile. The fish just barely pecked the jig as it was coming off a branch, which showed incredible sensitivity in the rod. I could tell when my line was coming to a limb, when it fell and contacted soft and hard bottoms and when the weight changed immediately. The rod is eerily sensitive. The kind that makes you wonder if you’ve been missing bites before.

It roll casts a jig well, but also allowed for effortless bomb casts with 3/8 ounce and 1/2 ounce jigs. That’s fairly rare in my experience with jig rods and is probably due to that hybrid blank technology. Usually a jig rod is pretty rigid without much tip. So I was more than pleased with how well this rod casts a small jig precisely to isolated targets. I’ve even caught several fish on a belly weighted Senko on this rod because of how sensitive and well it casts for a stronger rod. 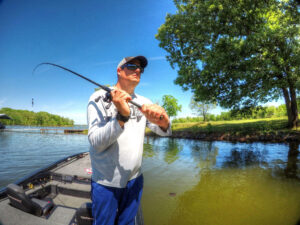 The rod fished very compact at 7-foot, 1-inch in length. That’s important because you can be more precise with shorter rods when target casting and roll casting. Longer rods can be unwieldy in close quarters. But with the FMJ, you still have the control and power of a longer rod in the fight. So it makes it the perfect precision casting jig rod. The FMJ is my new favorite for fishing brush piles. The precision and sensitivity to fish it over every branch in a pile, but the power to control the fish and move it out of cover and wear it down fast makes it a very unique blend of feel and strength that can’t be achieved in most conventional rods.

Ancillary techniques with single hook applications like Chatterbaits, football jigs, and even some Texas rigs performed very well with this rod. The Daemos would be a rod better suited to fishing swim jigs and Chatterbaits, but my biggest bass thus far on the FMJ was a 6-pound, 14-ounce bass that I caught on a long cast with a Chatterbait that I was working through some cover. It’s the ultimate jig stick that can do more than just fish jigs.

The rod is rated for 3/8 ounce to 1 1/4 ounce lures. I’ve fished it mostly with 15-pound Seaguar InvizX Fluorocarbon on a Daiwa Tatula Type R reel.

You can order the Megabass Destroyer FMJ Rod from TackleWarehouse.com and other retailers that carry Megabass bass fishing rods. To read more about the specs on this rod, visit MegabassUSA.com 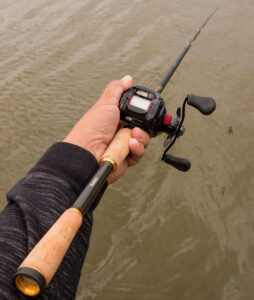 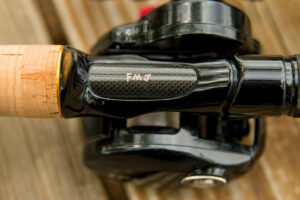 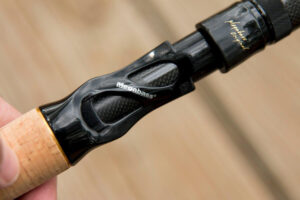 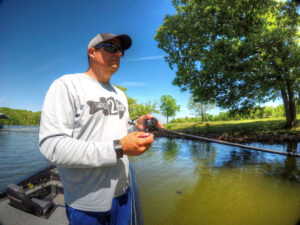 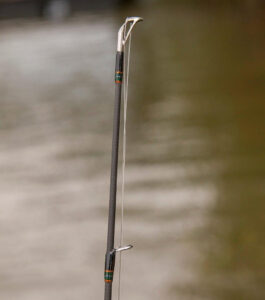 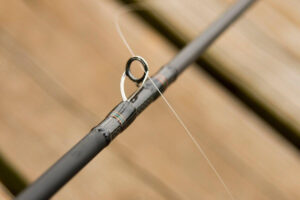