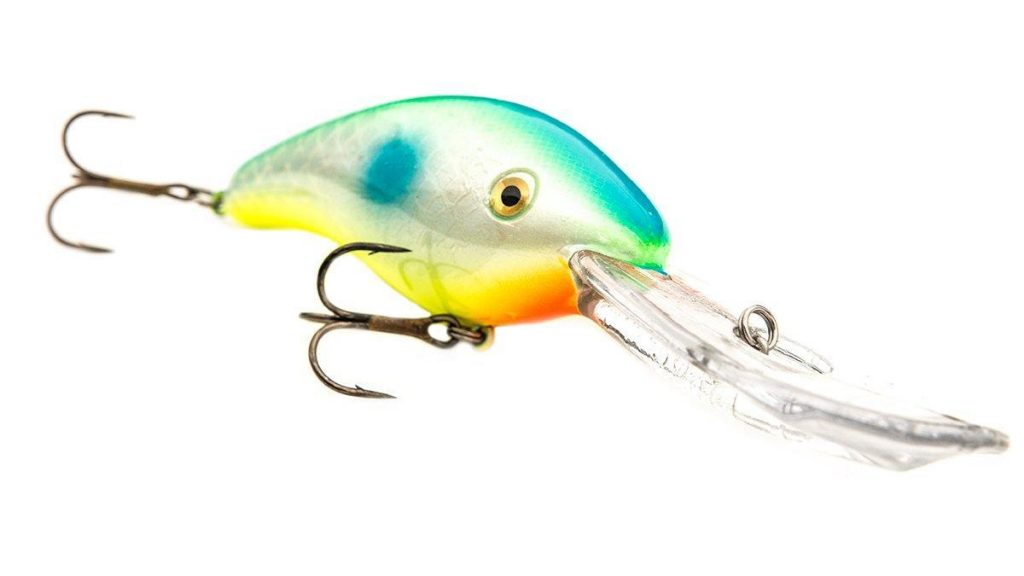 Iâ€™m a crankbait guru. Thereâ€™s nothing better or more exciting to me than feeling those big head shakes on the end of a flimsy cranking rod. Although I consider myself more of a shallow water crankbait angler most times, Iâ€™ve spent a lot of time in the past 5 years studying and experimenting with deep cranking. During this period Iâ€™ve learned a lot about what I like and donâ€™t like in deep-diving plugs.

So when I heard claims of the Mannâ€™s E-Z 30+ Crankbait easily reaching the 30-foot mark, I had to see it and use it in order to believe it. Iâ€™ve been tinkering with it for the past month or so and itâ€™s a very unique crankbait, to say the least.

There are 4 things I think anglers should know about this plug.

Selecting a crankbait that quickly dives to its proper operating depth is very importantâ€” especially when youâ€™re targeting deep bass in the summer and winter months. Wasting half of your cast waiting for the plug to reach its horizontal plane is inefficient and reduces your chances of getting bit.

So letâ€™s talk about the diving depth of the E-Z 30+ Crankbait first. Iâ€™ve found this crankbait incredibly easy to cast whether Iâ€™m fishing in windy or calm conditions, which allows it to reach its maximum depth with no problems whatsoever. After a bomb cast, Iâ€™ll put my rod tip a few inches above the water and engage in a medium-speed retrieve. Sure enough, about 1/4 of the way through my retrieve I was ticking the bottom of creek channels in 32.3 feet of water according to my Lowrance.

Mannâ€™s recommends using 12 to 14-pound line with this lure for optimum depth, but Iâ€™ve actually had more success using 10-pound Sunline Reaction FC. The thinner diameter gets it down very easily and has allowed me to reach depths even deeper than advertised.

Itâ€™s not difficult to use 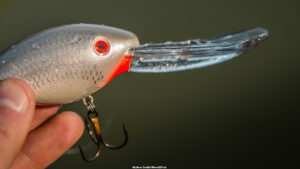 Yes, I knowâ€” crankbaits are pretty simple lures. But Iâ€™m referring to the wear and tear on your arms, hands and ribs when cranking this 1 1/2-ounce plug in ridiculously deep water. Before I fished with it, I was quite curious to see how 30-foot deep cranking I could stand.

This lure is relatively narrow when compared to many other big plugs and much to my surprise, itâ€™s not too laborious to use for several hours at a time. Youâ€™re not going to feel the trademark â€œthumpâ€ of most deep crankbaits when you fish with it. It tends to shimmy a lot more which, in my opinion, aids in reducing its resistance. Now, itâ€™s important to understand that itâ€™s going to pull more than your average crankbaits due to its big billâ€”itâ€™s just the nature of the beastâ€”but it feels very similar to most 20-foot crankbaits throughout the retrieve. 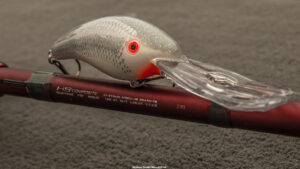 I will say, however, that using the â€œcorrectâ€ rod is crucial to really optimize your experience with the Mannâ€™s E-Z 30+ Crankbait. Donâ€™t throw it on a flipping and pitching stick and expect it to be a walk in the park. Instead, rig it on a 7-foot, 10-inch medium or medium-heavy crankbait rodâ€” Iâ€™ve used both with no issues. These rods are designed for giant plugs and their fast tips absorb a lot of the torque created by the lureâ€™s oversized bill. This is one technique thatâ€™s hard to master without the proper equipment.

With that being said, this dude will put a serious bow in your rod. But if your hands and arms are conditioned to deep cranking, you wonâ€™t have any problems chunking and winding this lure for hours on-end. 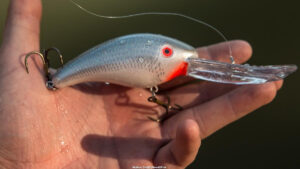 I always like to spend some time experimenting with my crankbaits boatside because I think itâ€™s important to understand how each rod movement and angle affects its behavior. And to be honest, I got a little giddy when I discovered what Iâ€™m about to tell you.

If you pause your retrieve and quickly throw some slack into your line, the Mannâ€™s E-Z 30+ Crankbait will make a complete 180-degree turn. And itâ€™s not a lackadaisical turn eitherâ€” this sucker will spin around aggressively and generate some sweet reaction strikes. 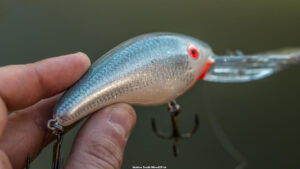 Imagine a bass following this crankbait, just swimming along doing fish things and all of the sudden the lure flips a U-turn and stares the bass right in the face. One of two things are bound to happenâ€” the bass will eat it out of pure reaction or run into it. Either way, itâ€™s getting hooked.

This 180-degree turn also happens when the lure is deep, not just boatside. When you resume your retrieve, you can actually feel the crankbait turn itself around and continue on its original path. 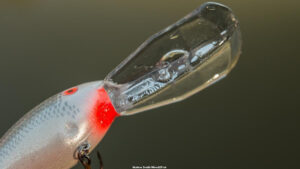 Fragile crankbaits are irritating. The whole point of â€˜em, in my mind, is to slam â€˜em against cover and structure, so I make an effort to use well built and durable plugs at all times.

Iâ€™ve found the E-Z 30+ to be solidly constructed and able to withstand lots of grinding and abuse. I would imagine the most â€œsuspectâ€ place on this lure is the connection point between the bill and the body due to the constant resistance, but I havenâ€™t noticed any cracking, flexing or splitting of any kind.

The body of the lure has also been quite resistent to hook rash and teeth marks as well. Even when you bounce it off of deep rock piles the head and sides of the crankbait remain intact and free of chips. I would, however, change the trebles because although theyâ€™re moderately sharp out of the package, they tend to lose their sharpness rather quickly.

If you frequent deep fisheries and enjoy deep cranking, I think this is a crankbait worth adding to your tackle collection. Itâ€™s a quality lure with a unique action and intriguing capabilities andâ€”come onâ€”the darn thing dives 30 feet.

The Mannâ€™s E-Z 30+ Crankbait is available at TackleWarehouse.com. 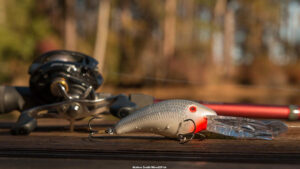