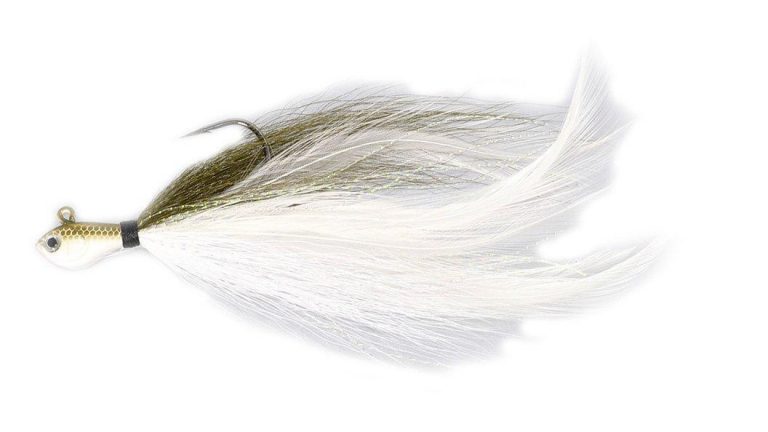 I throw a hair jig a lot and I’m constantly experimenting with applications, locations and times I throw it based on how bass are setup and behaving a particular time of year. Recently I’ve been throwing a new preacher type hair jig from Jenko Fishing called the Big Wig.

Hair jigs have been a staple among fishermen for centuries. Some of the first artificials were adaptions of flies with hair of other animals on weighted heads. So the hair jig for catching bass out deep wasn’t out of the norm when it became an overnight success in the 80s and then again in the last 5 years with the boom in ledge fishing. 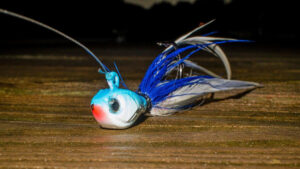 The Big Wig has a unique head designed to plane and swim more than conventional big hair jigs designed for offshore fishing. The shoveled face will fish easily over rocky bottoms and weeds and the big hook sticks bass well and holds them tight.

Designer Coleton Jennings has experimented with various materials and colors and spent a lot of hours looking at the jigs in tanks and fishing them on TVA lakes. The jigs feature combinations of bucktail, synthetic materials and feathers wound tight with a matching thread to the color combination of choice.

The Big Wig comes in sizes from 1/2 ounce up to 1 ounce. I like the 1/2 ounce and 3/4 ounce sizes the best. I spent most of my time fishing the 1/2 ounce size and probably fished the Gizzard Shad and Ghost colors the most.

I’ve been able to catch a bunch of bass this summer on the Big Wig. It works well hopped like a lot of anglers like to fish hair jigs. But I like to fish it more with a swim and drop or even sometimes a steady swim and pulse. The head gives it a bit of a gliding action, especially in the 1/2 ounce size.

The jigs have held up well. The couple I’ve fished a while now still have their eyes and feathers. There are some chips in the paint but after constant pounding on hard rock bottoms and crushers in the backs of big bass throats, the wear is what I expected.

They come in 6 colors and 3 sizes and retail for around $8. You can find the baits now on their website at jenkofishing.com. And they will soon be popping up in lots of larger retailers with new distribution and retail deals being signed since ICAST. 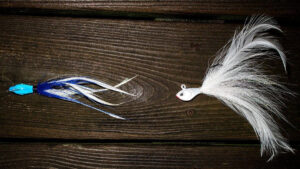 Jennings is an accomplished angler already at the age of 18, having won the High School Fishing World Finals Championship in June on Pickwick Lake thanks to a 26-pound, 3-ounce limit that he and his partner Peyton Porter caught on a crankbait that Jennings designed â€” the CD20, a deep diving crankbait that is smaller in size than their popular CD25 but will hit 20-foot depths easily.

He finished sixth in the same event last year and had goals of winning the event this year as Pickwick Lake is his favorite fishery. So he’s already becoming a well-known TVA angler and baits like these will help him become a well-known tackle designer. 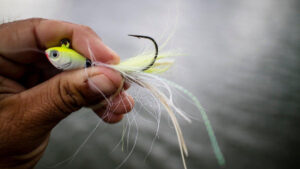