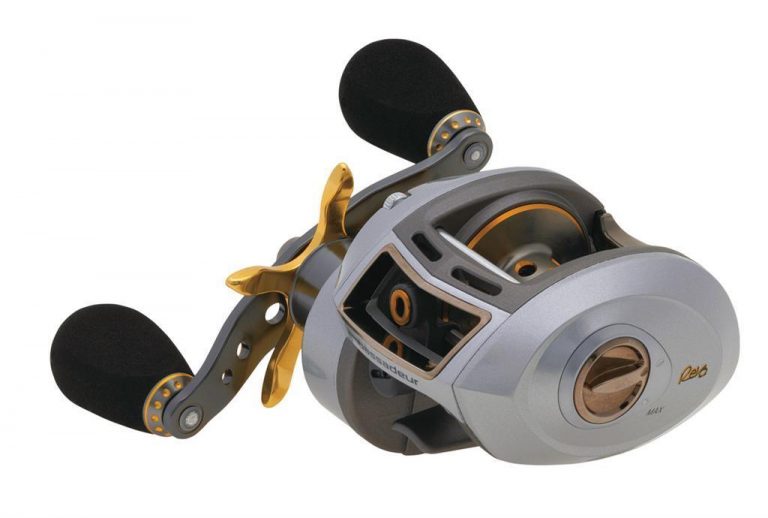 We recently had the opportunity to visit Pure Fishing Headquarters in Columbia, S.C., and met with product managers regarding their new product offerings for 2012 and 2013. Getting a sneak peak of all of the new ABU Garcia reels was definitely a highlight.

I have had the opportunity to see the evolution of ABU Garcia reels through the years from the early round reels to the present where light and low profile has been their mantra. Hard to believe they could ever outdo the Revo MGX and this year’s offerings shows a consistent theme of building lighter, affordable and super-smooth reels that any angler would be proud to own. The Revo MGX is still the flagship but the new Revo Premier is consistent with the new.

We met with Andrew Wheeler and Chris Derrick at Abu Garcia and were able to see their passion and desire to build the best products anglers could afford and that would last. Derrick and Wheeler believe their jobs are much more than jobs. They live for design improvements nd never rest on their laurels.

“It’s hard to believe we can still make things lighter and yet more durable” said Wheeler.

Jason Sealock and I were not only able to look at the new product line but came away from Columbia with the total line-up about to be announced. We split them up, lined them, and began using them immediately. More reviews are forthcoming on all of the reels.

The first reel I put to the test is the Revo Gen. 3 Premier. From the carbon fiber handle, smooth paddles and gold accented cosmetics to the way it performs, the reel shouts quality. I spooled it with 16-pound Gamma Edge fluorocarbon and teamed it with the new Halo Twilight 7-foot,3-inch rod and a Strike King football head jig and Zoom Super chunk for some fishing. I immediately fell in love with the combination and first tested it in Minnesota

The first five casts resulted in five 3-pound largemouths, with a missed fish and four more right after that on a long tapering point. Scott Glorvigen, also of Wired2fish, who I was fishing with that day immediately asked if he could borrow a jig and chunk. I offered him one better and let him use the combination I was using.

“You can feel every stalk of grass and the power and smoothness of the reel is awesome,” he said. “I feel like I was fishing with re-bar attached to a boat winch before this combo.”

From a technical standpoint, the new Revo Premier(REVO3PRM) has 10 stainless steel HPCR bearings plus one roller bearing with increased corrosion protection. The new X2 Craftic alloy frame and C6 carbon sideplates makes the Revo Premier lighter yet more durable and strong. The D2 Gear Design is more efficient and provides increased durability, as well. Better meshing of the gears means smoother casting and retrieve. The Carbon Matrix drag system is smoother and provides a consistent drag pressure across the entire drag range. The Infinitely Variable Centrifugal Brake System allows for better casting of different weight baits. The new spool design called Infini II allows for longer casts and heavier load weights on the retrieve. There is a special lube port on this reel that works great for adding gear lube directly to the main drive gear. All of this comes in a 5.9-ounce reel.

Dialing it in for casting is simple for each bait weight as the tension knob works in concert with the individual magnetic and centrifugal brake systems. I set up all of my reels with the magnetic starting at zero and adjust the tension knob according to weight of the bait. Perfect set up for me was 2 on the magnetic break and very loose on the tension knob. I like it that the tension knob clicks as it is turned. Making small adjustments is very easy with this reel. I typically crank the drag down significantly due to long casts and wanting as much power as possible

I have caught bass up to 7 1/2 pounds and several muskies longer than 44 inches on this combination without any issue. It winds smoothly with no catches and the drag is very smooth and can be adjusted easily even while fighting a fish.

Watch for other reviews on other new Revo Generation 3 reels coming soon.

The new Revo Premier Generation 3 is available at Tackle Warehouse right now and retails for $299.99. 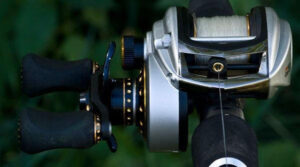 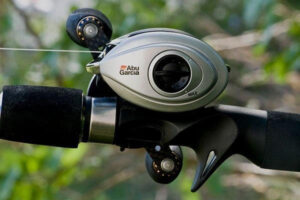