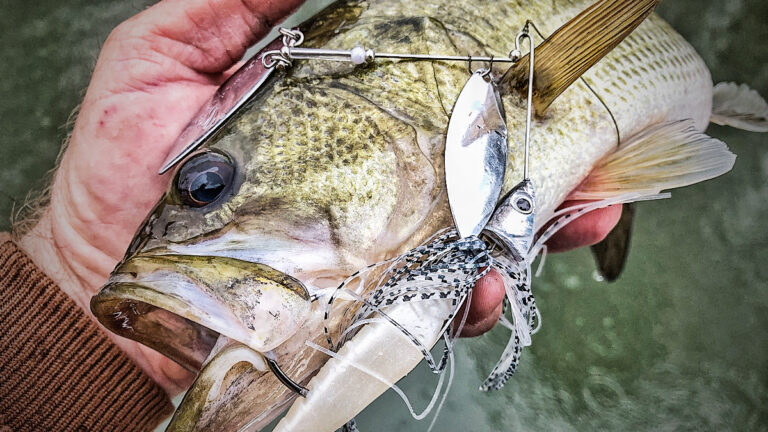 The spinnerbait has been around for quite a while now. I intentionally chose not to spend 20 hours doing research to see exactly when the first spinnerbait was ever created. If I did, someone with a slight bit more knowledge would likely have corrected me with, “Well actually, the original spinnerbait came out three weeks prior and the one you mentioned as the first was simply a knock off.”

So for argument’s sake, let’s just throwout an arbitrary date and say the first spinnerbait hit the water on March 16th, 1932.

The point is, not a lot has changed, or at least the evolution of the spinnerbait has been gradual. Sure, the components have improved over the decades. The molds have become more refined, able to kick out a more polished head and the paint schemes are light years ahead of the raw lead heads I can only assume the first spinnerbaits had. Not to mention the ever-improving wires used to make spinnerbaits, as engineers aim to have as thin a wire as possible to produce good vibration, while also ensuring that the strength of the wire isn’t compromised to the point of breaking.

So, in all fairness, a lot has changed since the first spinnerbait hit the water, but gradually. In comparison, the product we’re going to talk about today just jumped decades out in front of the norm. Freedom Tackle essentially reinvented the spinnerbait with their Double Willow Spinnerbait. Not changing one common characteristic among all spinnerbaits, but two. So let’s take a closer look now.

If you know anything about Freedom Tackle, they strive to rethink things. Sure, sometimes “if it ain’t broke, don’t fix it” should apply—but in their defense, no bait is really perfect as long as weak points, hangups, short strikes and lost fish persist. So in rethinking the spinnerbait, they decided to completely redesign the relationship between the bladed arm and the hook. With traditional spinnerbaits, there’s a wire harness that runs from the tip of the blade arm, up to form a bend and back down towards the head of the bait.

This wire is attached to a hook and when the lead or tungsten head is poured around this connection, you have a rigid point of contact between the blade arm and the hook. This gives off the impression of one continuous wire running from the blade arm, through the head of the bait and all the way to the hook point. Freedom Tackle chose to do away with this blueprint and instead created a hinged system where the blade arm meets the hook.

To do this, they molded a lead head onto the blade arm and created a recessed space within the head where a hook could be attached to a loop formed by the end of the arm of the spinnerbait. The intent is for this hinged point of contact to take a lot of the leverage away from a bass as it tries to pull free or jump and throw the bait during the fight. It’s a fact that the more leverage a bass has, the better its chances are of freeing itself. If you think about it, vibrating jigs have a similar hinge point that eliminates a lot of a fish’s leverage, resulting in an outstanding hookup to landing ratio. So this really is an ingenious idea to incorporate into a spinnerbait. 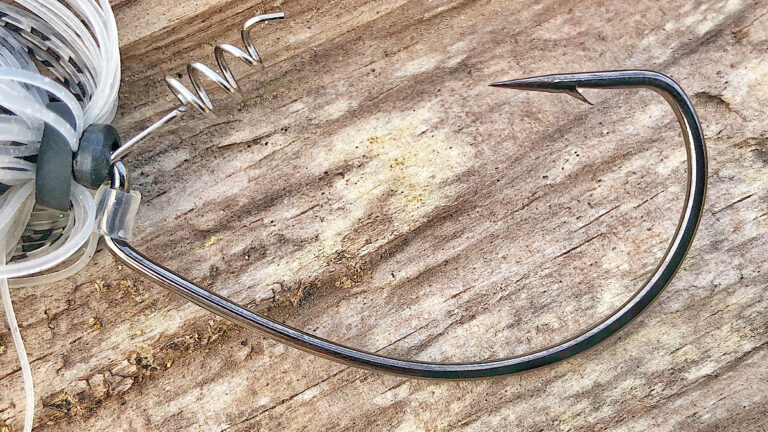 As previously stated, there are two main differences between Freedom Tackle’s Spinnerbait and the others on the market. The second starts just below the hinged head and is really a byproduct of that first design change. Because their engineers created a way to attach a hook to the spinnerbait arm like this, they don’t have a built-in skirt collar as a part of the lead head like traditional spinnerbaits. So Freedom Tackle incorporated an extra wide gap hook instead of a straight shank hook. By using an EWG hook, the skirt of this spinnerbait can be held in place by the bend of the hook.

Additionally, most spinnerbaits have some sort of trailer keeper incorporated into the lead head as well. Freedom Tackle solved this by attaching a screw lock spring to the hook just below the skirt collar. As a result, you have the ability to attach a soft-plastic trailer to the spinnerbait using this spring instead of running the trailer up the shaft like you would with most other spinnerbaits. And that leads us to the culmination of this second key difference— because the trailer is attached this way to an EWG hook, the whole spinnerbait can be rigged weedless. This is 180 degrees different from all other spinnerbaits out there.

Does all this matter?

Alright, to play the part of the pessimist, does any of this really make a difference? Should I really throw away every spinnerbait I’ve ever bought and welcome in this new era of bladed baits?

Well, yes and no. I really do like the weedless characteristic of the Freedom Tackle Spinnerbait. Because you can rig a trailer to where the hook is not exposed at all, this thing will rarely get hung. And I do believe the hinged neck design will help get a few more fish to the boat. This hinge also takes a lot of the pressure off the blade arm and will likely prevent spinnerbait arms from breaking in the bend as often, something I have had happen several times with traditional spinnerbaits.

So I do believe this bait offers some practical advantages to other spinnerbaits and will be a better bait to use situationally at times, like when fishing through standing and submerged vegetation for instance. You can let this bait get down in the vegetation more without worrying about an open hook hanging up. The same can be said for wooded cover, like laydowns and brushpiles. And I think it’s a fine bait to throw in open water as well. But at the same time, I won’t be throwing away every other spinnerbait I’ve ever owned.

Freedom Tackle did something different with this spinnerbait, and I commend them for that and will use it in situations when it’s advantageous for me to do so. 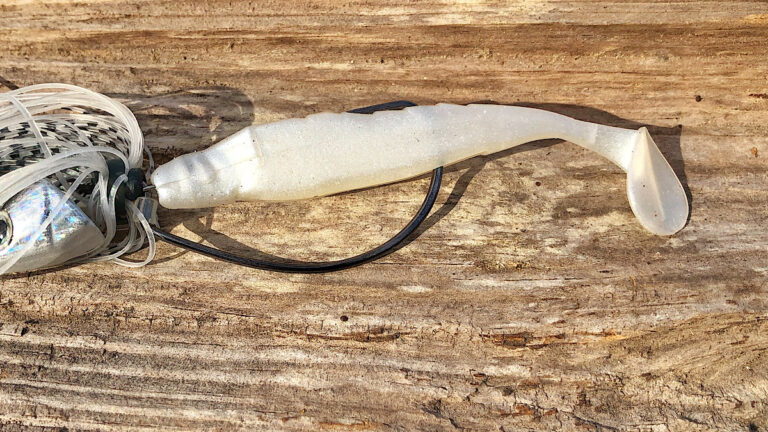 On top of the innovations, Freedom Tackle used high-quality components to put this spinnerbait together. Quality blades and a ball bearing swivel put this spinnerbait on par with any other when it comes to basic function. The skirt has multiple lengths to it, essentially creating the look of a built in trailer as well, which is nice. All of this (and the previously discussed major innovations) in a package costing only $7.99 makes the Freedom Tackle Double Willow Spinnerbait a pretty good deal and an interesting bait to try out.

The Freedom Tackle Double Willow Spinnerbait is available at TackleWarehouse.com.