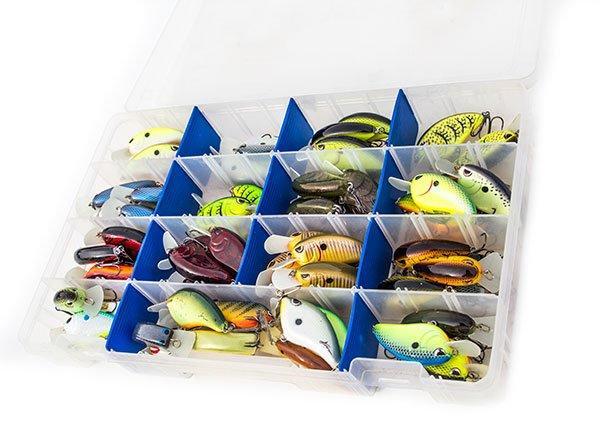 Every bass angler has an affinity for tackle. There’s just something fulfilling about picking up a heavy tackle trey, shaking it around and hearing that magic rattling noise. That rattling represents everything we love and it instantly brings back countless big fish memories. It might sound insane, but I’m willing to bet you know what I’m talking about.

I’ve been making the Flambeau Tuff ‘Tainer Tackle Box rattle quite a bit lately. For the last several months I’ve had the opportunity to put this box through it all and I’m really impressed by it. If you’re a cranker like me, you should consider this box for your in-boat crankbait storage needs. 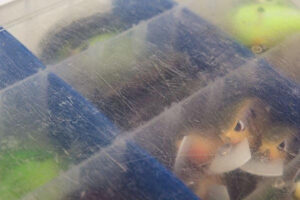 Whether I’ve used them in my guide trips, throughout tournaments or while pond fishing, I haven’t had a single failure from my Flambeau Tuff ‘Tainer Tackle Boxes. I’ve inadvertently stomped on them while netting fish, thrown them into johnboats and dropped them onto my driveway. To date, these boxes haven’t had a single crack or split in them.

Think about the abuse fishing equipment, such as your tackle and tackle trays, receives throughout the course of a weekend. Boats don’t have suspensions, so every bump your boat takes, your tackle takes as well. This is why durability is such an important factor to me. I mean, really what’s the point of having a bunch of nice crankbaits if your tackle trays can’t protect them?

I can say with great confidence that the Flambeau Tuff ‘Tainer Tackle Box does an outstanding job at protecting your most prized crankbaits. 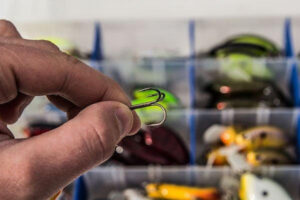 The Flambeau Tuff ‘Tainer Tackle Box features Zerust technology. It’s molded into the dividers and emits a harmless vapor which protects all metal surfaces from corrosion. This kind of sounded to me like some Star Wars-type stuff at first, but I’m telling you—I’m a believer now. There’s a bit of a story behind my jumping on the Zerust train.

As I was putting my boat on the trailer after a guide trip, my client offered to pull the plug for me while I was reorganizing some tackle. It was mighty nice of him to offer, so I took him up on it. Well it turns out his phone rang and distracted him, which made him forget about pulling the plug. I should have “checked his work,” but I didn’t. Long story short, I left my boat uncovered that night, a random storm blew in and filled my boat and every compartment entirely with water. Batteries were underwater, rod lockers were full and all of my tackle was submerged. Talk about a panic attack.

Aside from the rest of the mess, I dried out my Flambeau Tuff ‘Tainer Tackle Boxes as much as I could—I was headed to Kentucky Lake the next day—and hoped for the best. As it turns out, I have never had a single speck of rust show up in these tackle trays. I’m no scientist but there has to be something to it. 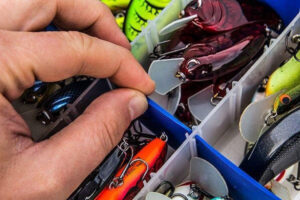 How frustrating is it to have all of your favorite lures perfectly organized, only to have your dang dividers come undone and create a heterogeneous mess of crankbaits? It flat-out stinks.

The Zerust dividers that come in the Flambeau Tuff ‘Tainer Tackle Boxes have done a remarkable job doing what they’re supposed to do—keep your stuff separated. I can shake my boxes, toss ‘em, turn ‘em upside-down without a single lure coming out of place. Not only does this save irritation, but it also saves time, which can be invaluable in both guide trips and tournaments alike.

If you’re interested in an inexpensive yet very practical way to store your hard baits, I surely recommend the Flambeau Tuff ‘Tainer Tackle Box. They’re $5.99 a piece, so they’re not going to cost you a fortune and they’ll give you more peace of mind while you’re on the water.

The Flambeau Tuff ‘Tainer Tackle Box is available at TackleWarehouse.com.