I use saltwater lures for bass fishing quite a bit. I fish a lot of highly pressured lakes and the unfamiliarity that comes with these lures can result in some incredible days on the water. In fact, I spend a large part of my vacation scouring the local saltwater tackle shops for potential big bass producers. My family might even get a little annoyed by it.

After several months of testing the new Rapala Skitter V, I’ve found it to be a stellar option for coaxing big topwater bites from otherwise lethargic bass. Its fishability and unique sound have proven to be quite impressive.

Below are my thoughts on this new lure. 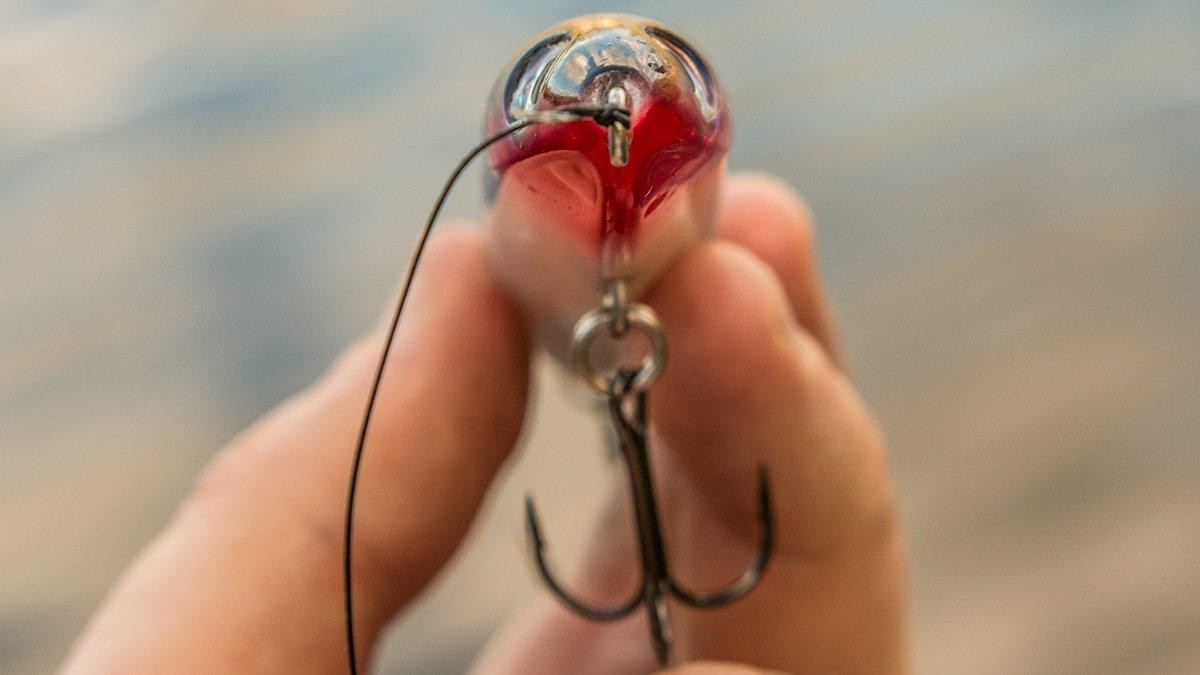 The V-shaped underbelly of the Rapala Skitter V is strikingly similar to a boat hull. This design is meant to allow the lure to cut through water easily and efficiently while increasing fishability, even for beginner anglers.

The translucent body and holographic eyes add an element of realism to the lure and its VMC black-nickel treble hooks are sharp and durable. It measures 4 inches and weighs in at 1/2-ounce.

The 10 color options are difficult to choose from, to be honest. Several of the colors such as Bone Chartreuse, Glass Ghost, Hot Pink and Red Ghost are more geared towards inshore anglers, but they’re equally effective in fresh water. Bone Chartreuse and Hot Pink have proven to be outstanding on cloudy days.

You’ll also find many tried-and-true freshwater colors as well such as Chrome, Silver and Gold Chrome. The options are many, but it’s oddly refreshing to have a broader selection from which to choose. 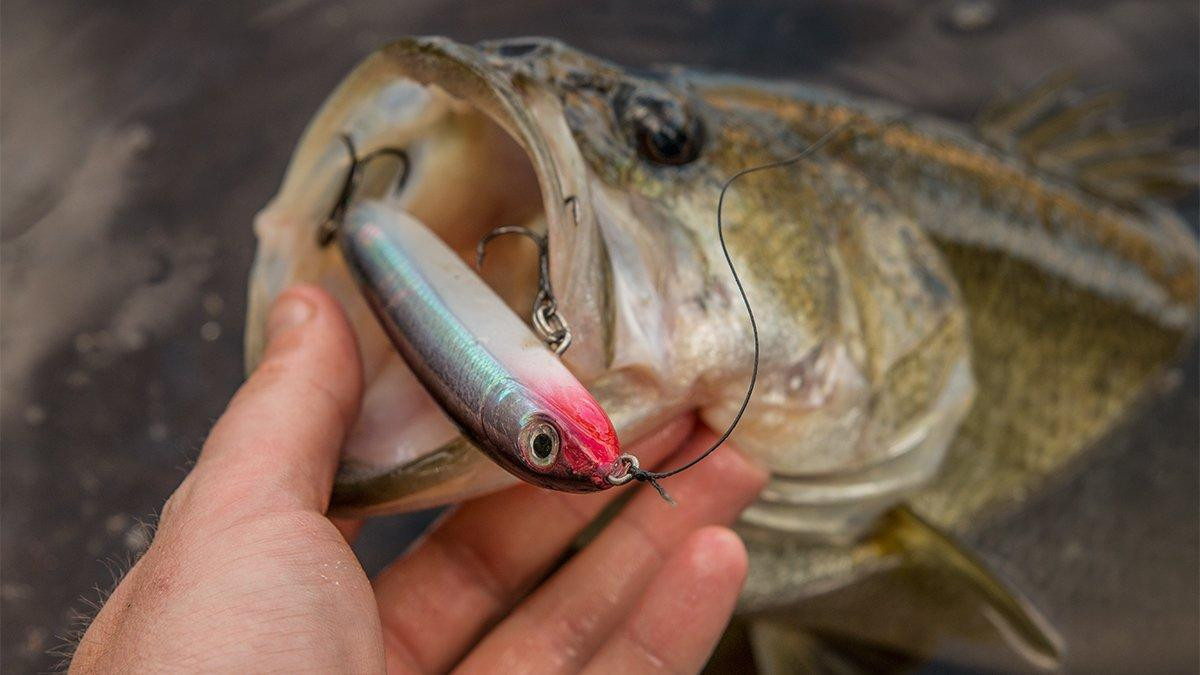 I’ve spent a lot of time with this lure and it exceeds my topwater requirements thus far.

You can cast the Skitter V a country mile, which is an essential characteristic for any walking topwater lure. When I first rigged it up, I thought it might be a little too light for my liking, but those worries were quickly put to rest. Without much effort, you’ll likely be able to cast to your backing. It doesn’t catch a lot of air in flight, either, making it a good choice for breezy days.

The sound is unique and I really like it. It emits a loud clacking noise with each twitch of your rod tip, which has driven the fish crazy throughout my testing. I’ve had several bites after just a few twitches and that tells me the sound is likely unfamiliar to the bass. 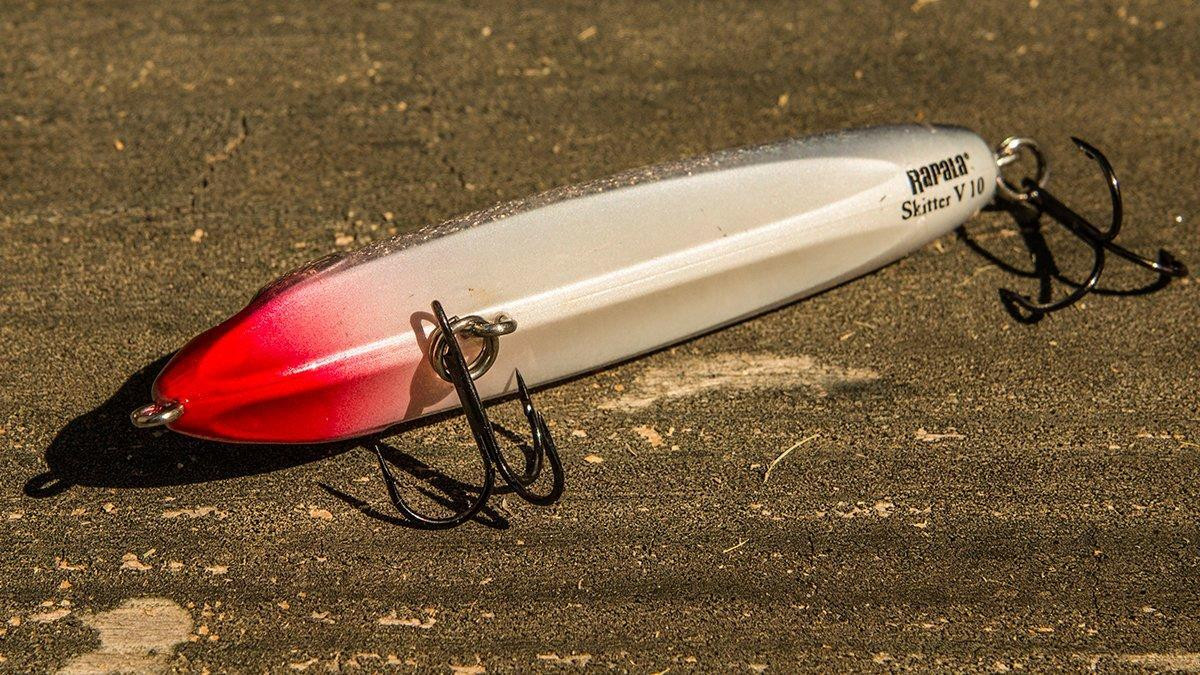 In regards to fishability, it’s one of the easiest-to-walk topwater lures I’ve tested. It starts its cadence from the very first rod twitch and it cuts surprisingly hard. After each initial cut, however, it finishes with a long, soft glide. Whether you’re fishing it quickly to cover water or slowly over specific cover or structure, anglers of all skill levels will find it remarkably easy to fish.

The VMC hooks are very sharp but they do have a bit of flex to them. I doubt it’s enough to make anyone lose a fish, however. The split rings and paint job hold up excellently and it makes perfect sense as to why it’s such a workhorse: These saltwater lures are beefed-up so they can withstand the abuse from big, toothy critters. You’ll notice very little hook rash and I’ve yet to see a split ring bend. 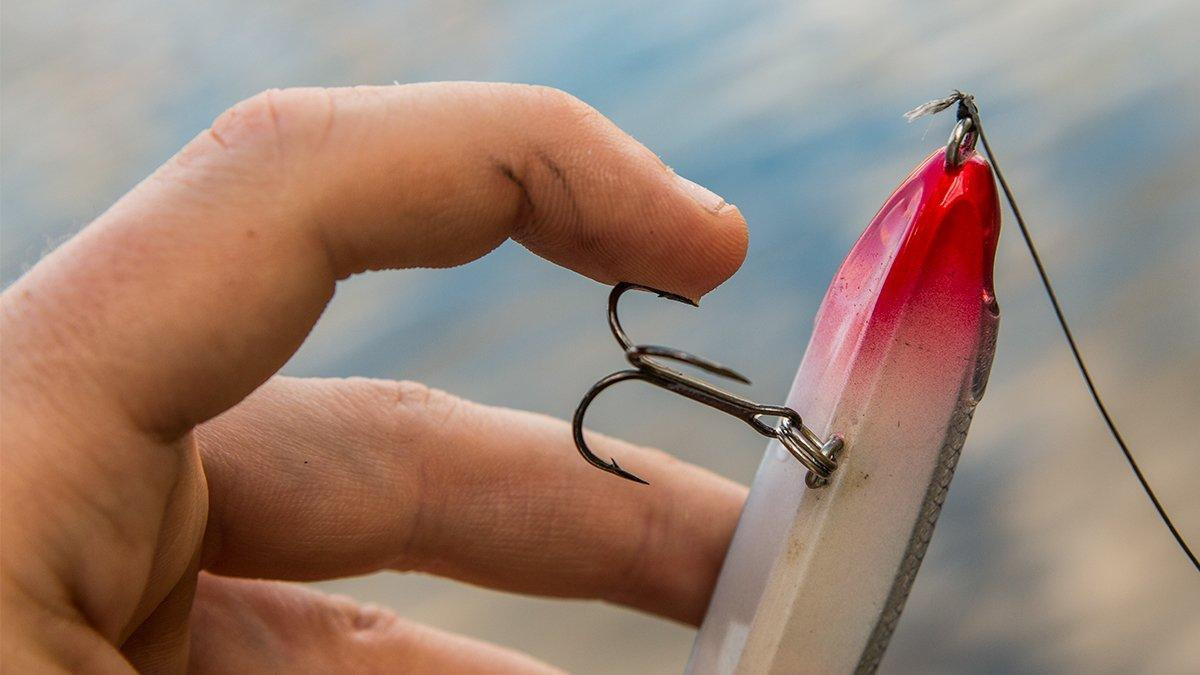 This is going to be a major producer for bass anglers. It walks with very little effort, it sounds different than most topwater plugs and it’s built to last. I can’t wait to keep using it throughout the  year.

The Rapala Skitter V is available at these retailers