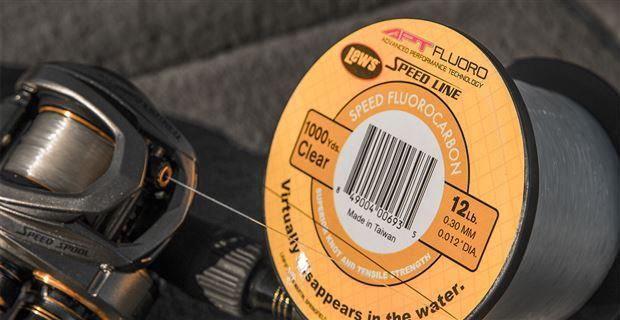 Lew’s makes outstanding fishing reels and their newest rod models are excellent as wellâ€”but I didn’t quite know what to think when I heard they were making fishing line. But I know how uncompromising their people are, so I took a chance and started using it for a few months.

I was pleasantly surprised with the product. I primarily tested the 12-pound Lew’s APT Speed Fluorocarbon with reaction lures and I’ve had some really good luck with it so far. 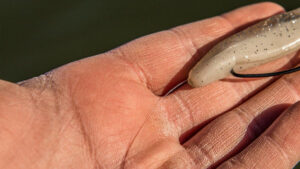 This is my biggest consideration when choosing a fluorocarbon line. I can deal with some memory from time to time, but I might as well not even make a cast if my line is going to break on the hookset. I give fluorocarbon one chanceâ€”if I have a bad experience, I donate it or throw it in the trash and probably won’t use that brand again. I think a lot of anglers are the same way.

Thankfully, the Lew’s APT Speed Fluorocarbon is impressively strong. I’ve constantly beat this line against jagged chunk rock, dock posts and laydowns without any break-offs to speak of. I’ve used it for several months and have not had any issues. Whether you like to set the hook hard or rush ’em out of heavy cover, I believe you will approve of its strength. 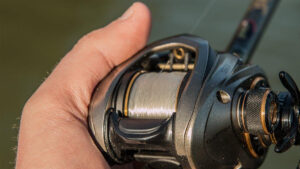 From my experience with this line, you shouldn’t have any significant memory issues with anything under the 14-pound test. The line diameter is a bit larger than some of the other fluorocarbons on the market, but it’s not really noticeable in the smaller sizes. They actually handle quite well.

As you jump up to the larger sizes such as 17 or 20-pound test, you will see an increase in memory. Is it a deal breaker? I don’t think so, because I’m making short pitches with heavier line. But as with any fluorocarbon line, it will become stiffer when you make your way into those flipping and pitching line sizes.

My area has been dealing with a major drought this year, which has resulted in ridiculously clear water. I’ve been getting a bunch of bites while using this line, however, and I think that’s largely because it’s almost invisible in the water. The fish have been especially line shy this season but I’m still getting plenty of aggressive bites. 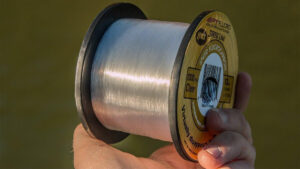 Lew’s has some of the strictest quality standards I’ve seen which is the primary reason I decided to use this line. It’s a really good line that you’ll be happy with; it casts well, it’s manageable and most importantly, it’s strong and you won’t be breaking off any big fish.