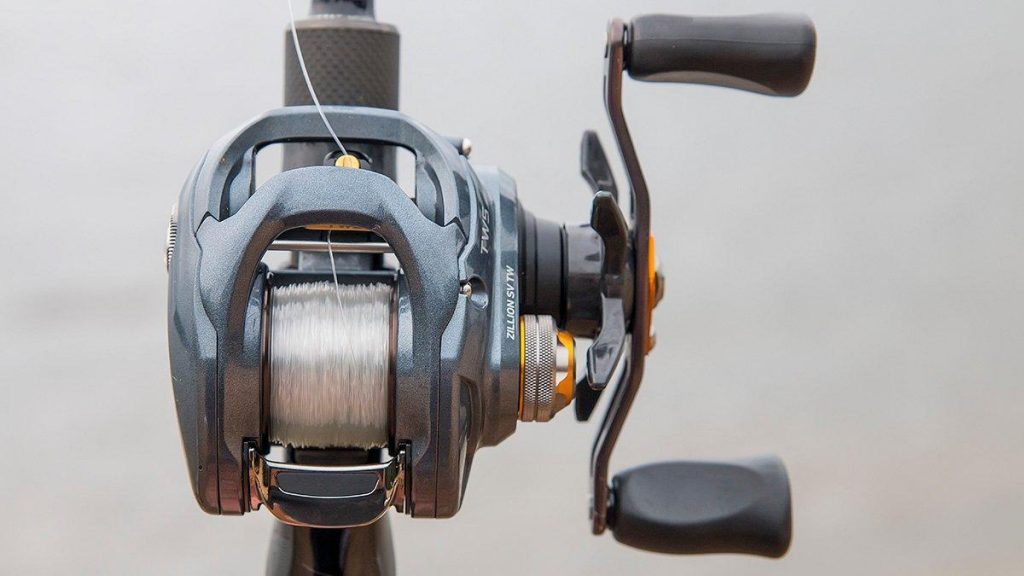 Daiwa launched several new reels in the last couple of years and their quality has been incredible with many of the new releases. The new Daiwa Zillion SV TW casting reel is quickly becoming one of my favorite new casting reels of 2016. The SV Concept technology combined with their TWS technology make this one the best casting reels on the market and maybe one of the easiest to use.

The TWS is not a new system, but it’s been greatly improved since it’s original conception and introduction. Now what you have is an effortless system that opens the line guide port up on the cast, reducing line to guide friction inside the reel. So the angle of the line guide does not matter as much as it does on conventional baitcasting reels.

When combined with the new SV Concept technology this reel became something special. They tout the SV technology as “unbacklashable.” While you can still have a little overrun, you really don’t have to touch the spool with your thumb until your lure hits the water with this reel. There are a few reels on the market that are made similar, but the SV Concept engineering is as legit a technology as I’ve seen in a reel. 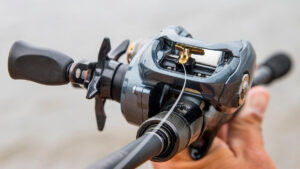 Essentially the SV Spool is not attached to a pinion gear via a shaft. Instead it sits on its own separate shaft and spins freely on it’s own ball bearings. So there is no gear train friction like with other reels. The SV Concept technology acts as though it reacts to spool spin speed and keeps pace with line pull created by the lure.

In layman’s terms, when you throw a heavier lure it pulls the line hard and fast. When you throw a lighter lure it doesn’t pull the line as hard and fast without a harder whip on the cast which means initial spool speed is much greater and accuracy is much less. But many reels can’t cast light lures as well as they can heavier lures. They are typically engineered for one or the other because of the spool friction, spin speed, etc. The Zillion SV TW seems to be able to handle both equally well.

I actually think the SV Concept is one of the better innovations in baitcasting reels in quite a while. It will allow a lot more people to learn to cast baitcasters with a shorter learning curve. 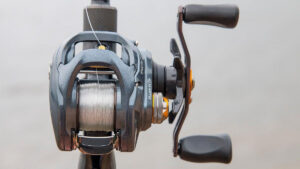 I’ve now fished 3 ounce swimbaits on it and unweighted soft plastic baits like Flukes and Senkos and even neko rigged finesse worms that I would ordinarily fish on spinning gear. That has been hugely impressive out of one reel.

More impressive though is the casting distance with both. I will still do some adjusting of spool tension and braking systems like I would with any good baitcaster, but I’ve been most impressed with how much I can back off spool tension and braking to get maximum distance without maximum effort which gives me way more accuracy and allows me to make much more difficult presentations like skipping baits under docks or other over-hanging cover. 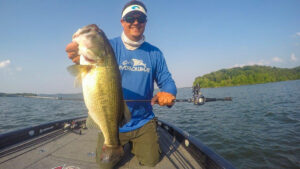 The drag system is solid and smooth at 13.2 pounds. The handles are shaped perfectly, and the reel itself fits so much better in your hands than predecessor Zillion reels. Not to mention, it’s only 6.9 ounces with its Zaion material.

The Daiwa Zillion SV TW is a great casting reel. It’s accurate, long casting, effortless and with the least amount of worries of overruns with backlashes.

You can check them out at Daiwa.com and purchase them at TackleWarehouse.com and other retailers that carry Daiwa baitcaster reels. 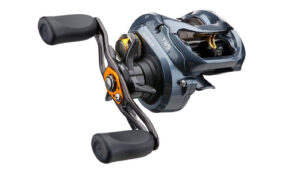