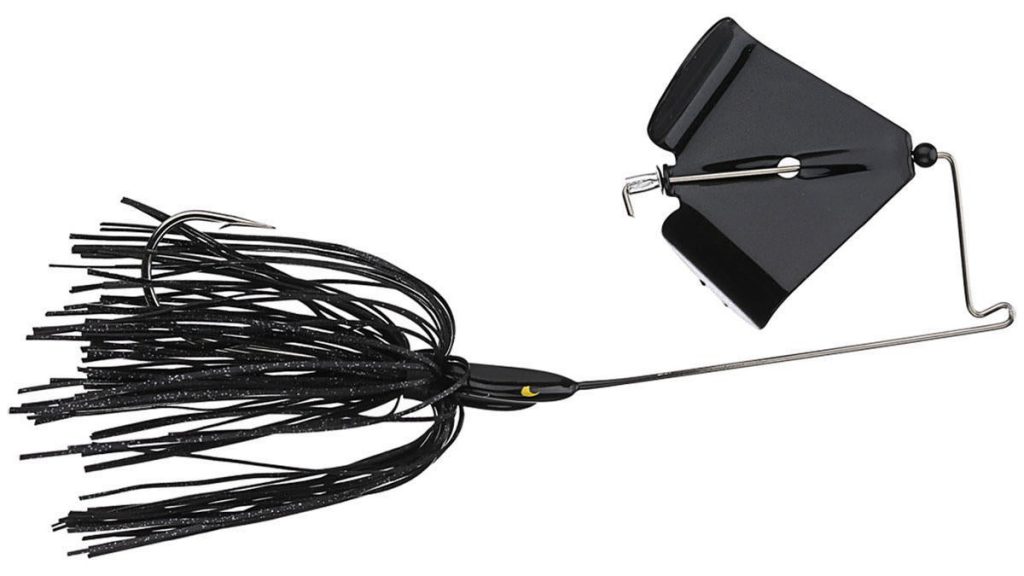 Big bass love a strategically placed buzzbait. Effective throughout much of the year, these topwater lures allow you to efficiently cover vast expanses of water and experience some some of the yearâ€™s most exciting blowups as well.

Iâ€™ve spent a lot of time testing the Buckeye Lures Single-Bladed Buzzbait lately and it has been a big producerâ€”even with the water temperatures in the low 50-degree range. Iâ€™ve tried a lot of buzzbaits over the years and this particular model stands out as one of the simpler, yet effective ones Iâ€™ve used.

There are two common frustrations in regards to buzzbaits; a lot of them donâ€™t come to the surface quickly enough and others may lose their shape after a few aggressive strikes. So throughout my testing, these were two of the primary design features I evaluated. 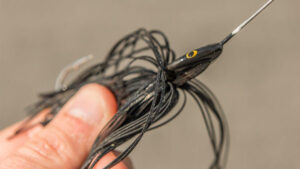 Youâ€™ll be able to appreciate how quickly the Buckeye Lures Single-Bladed Buzzbait rises to the surface once you begin your retrieve. Youâ€™ll find a lot of buzzbaits that take several cranks before they break the surface, but thatâ€™s certainly not the case with this lure. Using a 7.1:1 gear ratio casting reel, this buzzbait rises to the surface after half of a handle turn thanks to its keel-shaped head. Youâ€™ll find this characteristic especially useful when targeting docks and other cover that may be situated close to the shoreline.

You wonâ€™t have to waste half of a short cast while waiting for the Single-Bladed Buzzbait to start working. Simply engage your reel and it will be on top of the water within a second. 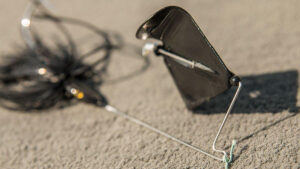 After several impressive fish catches on this lure, I certainly believe anglers will be impressed by its durability. I have usedâ€”and thrown awayâ€”many buzzbaits that become too mangled and misshapen after a good day of topwater fishing. The wires will warp, some will snap and even the blades can get jacked up.

Thankfully, this particular buzzbait seems to hold its own quite nicely when big bass attack it. Iâ€™ve had a few larger bass open the wire just a bit, but it has been easily and quickly rectified by simply bending it back into place. It continues running true and, as discussed earlier, finds its way to the waterâ€™s surface without any hesitation. 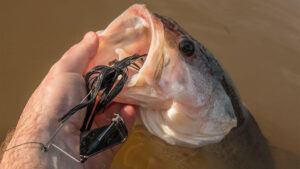 Iâ€™ve always preferred buzzbaits with a unique sound. You can pick up most dollar-bin buzzbaits and theyâ€™ll make the traditional â€œpitter patterâ€ sound across the surface. Theyâ€™ll catch fish sometimes, but Iâ€™ve had a hard time making them produce when targeting pressured bass on public fisheries.

The Buckeye Lures Single-Bladed Buzzbait has an outstanding â€œsqueakâ€ to it, regardless of your preferred retrieve speed. Iâ€™ve used this lure in front of a lot of co-anglers and within my first few casts, they say something along the lines of, â€œWho in the world makes that thing? It sounds wicked!â€ 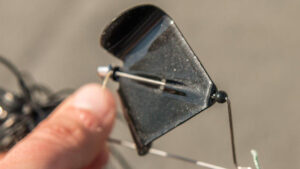 Itâ€™ll darn near make you clinch your teeth when youâ€™re reeling it across the surface. So in my mind, if it irritates a humanâ€™s senses in such a manner, it has to have the same affect on a bass; and the ferocity of my blow-ups have been a testament to that.

The Mustad Needle-Point hook is also worth mentioning. I donâ€™t always use a trailer hook on my buzzbait. I love skipping â€˜em under docks and fishing thick cover with them, so Iâ€™ll often opt for a more streamlined approach. This preference makes the primary hook very important. 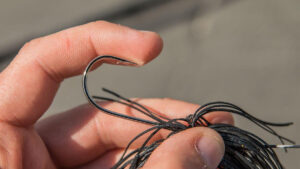 This hook is an incredibly sharp workhorse that stays sharp after dozens of fish catches. I havenâ€™t noticed any bending, warping or rolling whatsoever throughout my testing. The large majority of my fish have been hooked in the roof of their mouths and I havenâ€™t had a fish throw the hook yet.

Lastly, Iâ€™ve enjoyed the durability of the Buckeye Lures Single-Bladed Buzzbait. The head seems to resist chipping quite well and the skirt stays intact without any issues. It also stores well; Iâ€™ve noticed no deterioration of the silicone skirt or band after putting it away for several days. 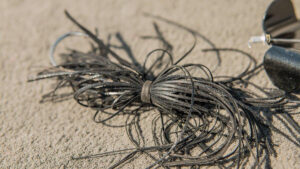 This buzzbait may not have a catchy name or crazy-looking skirt colors, but thatâ€™s one of the reasons I like it so much. Itâ€™s a meat-and-potatoes buzzbait that gets the job done and catches a  pile of fish. I believe youâ€™ll agree with me after trying one.

The Buckeye Lures Single-Bladed Buzzbait is available at TackleWarehouse.com.