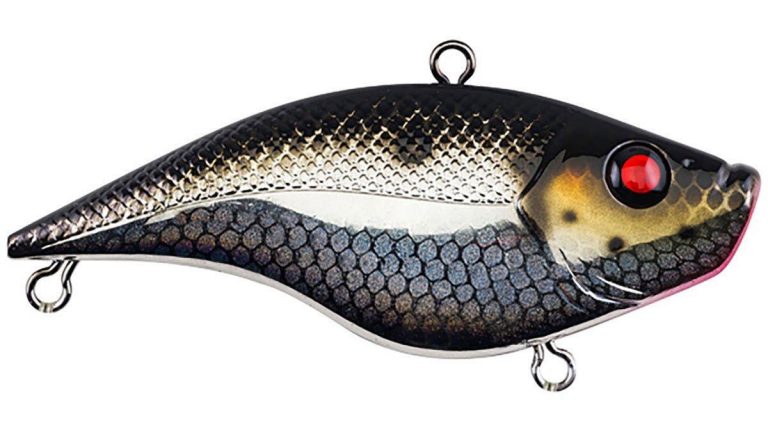 Lipless crankbaits are some of the most versatile bass fishing lures an angler can use. Anytime the bass are keying on shad on my home bodies of water, you can be sure Iâ€™ll have several of them rigged and ready to cast at a momentâ€™s notice.

During a recent trip to Arkansas for the 2015 Forrest Wood Cup, I hooked up with FLW Tour pro Scott Suggs for a little filmingâ€”and fishing, of courseâ€”on Lake Nimrod. The fish were chewing and he had some of the brand new Berkley Warpig Lipless Crankbaits in his boat. We fished these lures throughout the entire day and I came away with a solid appreciation for their unique design features.

There are several noteworthy characteristics about this lure.

Most lipless crankbaits have an uncanny ability to snag at the most inopportune timesâ€”itâ€™s just the nature of the beast. If youâ€™re going to use these lures and put â€˜em where the fish live, youâ€™re going to get snagged a few times throughout the day. You might as well learn to deal with it, right?

Throughout my testing of the Berkley Warpig Lipless Crankbait, I was hugely impressed by its snag-resistant nature. Sure, I experienced a few snags throughout the day, but not anywhere near what Iâ€™m used to with most lipless crankbaits. The top side of the Warpigâ€”right at the line tieâ€”is very skinny and it becomes wider the closer it gets to the mid-section of the body. This tapered profile and line tie placement is actually what gives this lure its tight shimmy throughout the retrieve. These two factors cause the Warpig to maintain an aggressive nose-down posture which keeps the treble hooks clear of most obstructions whether youâ€™re fishing wood, grass or rocks.

The large majority of my bites occured right after colliding with large stumps on shallow flats, and this lureâ€™s design consistently made irritating snags and hang-ups an afterthought. I probably said the word â€œwowâ€ no fewer than a dozen times throughout the dayâ€”all Scott could do was smile and laugh.

My home lakes get a bunch of tournament pressure, especially for their relatively small size. Itâ€™s frustrating at times, but it has tought me a lot about differentiating my offering from everyone elseâ€™s. Bass absolutely get conditioned to particular sounds, vibrations and colorsâ€”youâ€™d have a hard time telling me any different. 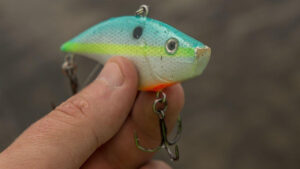 With that being said, I have grown to appreciate the unique sound of the Berkley Warpig Lipless Crankbait. It doesnâ€™t sound like a band-full of maracas coming through the water like many of these lures do. Instead, it has a very dull â€œthudâ€ when you retrieve it and the reaction strikes this noise elicits are evidence of its effectiveness. Itâ€™s not loud enough to dissuade clear-water bass from biting, yet itâ€™s also has plenty of drawing power in muddy water with very low visibility.

Anytime I can show the bass something a little different, Iâ€™m all over itâ€”and so far, this lure has allowed me to do that with excellent success.

Stands up to hundreds of fish catches 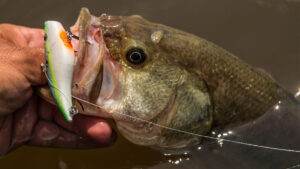 We absolutely wrecked â€˜em when I fished Lake Nimrod with the Berkley Warpig. Every spot we pulled into yielded dozens of fish catchesâ€”it was one of those days you dream of. As I mentioned earlier, I used this lure throughout the entire day. I didnâ€™t pick up another rod.

Our day ended with roughly 70 bass and other than some teeth marksâ€”the evidence of a killer dayâ€”the Berkley Warpig held up excellently during our beatdown. The eyes stayed in place without any issues, the paint was largely intact and the Fusion 19 treble hooks remained razor-sharp.

I was already impressed by this display of durability, but then Scott took it to an entirely different level. At the end of the day, he smiled, looked at me and said, â€œWhat if I told you we caught 200 bass with our best five weighing 25 pounds on that same lure earlier in the week?â€

Thatâ€™s pretty awesome in my book. Within a few days, this single Warpig resulted in roughly 270 bass catches and itâ€™s still going strong. Not too shabby for a $6.99 lure.

Iâ€™m going to get my hands on more of these ASAP. The Warpig allows you to fish huge expanses of water efficiently, it sounds different than most lipless crankbaits and holds up to fish-catching abuse very well. Priced at $6.99, I think this is going to be a hot seller for Berkley this year.

The Berkley Warpig Lipless Crankbait is now available at these retailers: