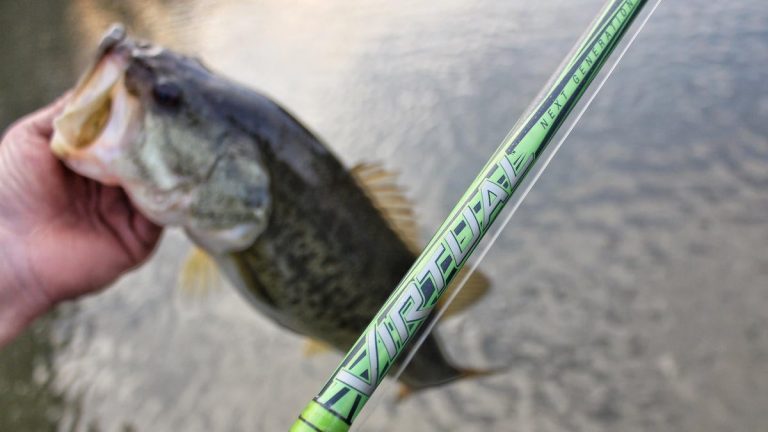 “Different” is pretty rare these days in the bass fishing world. But different is definitely a good word to describe Abu Garcia’s Virtual Rod. Yes, it has a different look to it, with its dark blue base color and bright green accents. But that’s not the real difference maker. This is the first rod ever with bluetooth capability powered by ANGLR, capable of linking to ANGLR’s app and digital logbook as well as Lowrance’s HDS LIVE units, GEN 3 units and Carbons.

Seeing the difference yet? Let’s take a deeper dive into the details.

First of all, let’s talk about just the rod itself before getting into the high-tech capabilities. For those familiar with Abu Garcia’s Veritas lineup, the Abu Garcia Virtual rod blanks are very similar in action. This lineup comes in 7 baitcaster options ranging from a 6-foot, 9-inch medium heavy to a 7-foot, 6-inch heavy action. In addition, there are 3 spinning rod models available: 6-foot, 6-inch medium, 6-foot, 9-inch medium light, and 7-foot medium.

All of these rods come equipped with EVA foam grips, stainless steel guides with Zirconium inserts and a nice bait keeper to keep your rod rigged and tangle free so it’s ready whenever you reach for it. The split grip features a slightly larger-than-normal rod butt and that’s where the magic happens. Inside the base of the rod lay the brains of the operation.

ANGLR is a company that has developed an app which takes all the work out of one of the previously most tedious but rewarding tasks in fishing – keeping a logbook. There’s a button in the butt of the Virtual Rod that, when pressed, will drop a waypoint in the ANGLR app instantaneously freezing that moment in time and recording barometric pressure, wind speed, wind direction, time, GPS location and so much more.

Now, with the simple push of a button your logbook writes itself and compiles even more information than you would have ever been capable of with just a pad and a pen. And it’s 100% private by default. The only way someone can see something in your logbook is if you want them to. Which does work really well when practicing for team tournaments I must say.

The rod connects via bluetooth to ANGLR’s free app and as previously eluded to, can also connect to certain Lowrance graphs and may even be able to connect to additional units in the future. So not only are you able to drop waypoints in the ANGLR app, but you can also drop waypoints on your graphs by simply pushing the button on the butt of your rod, which is pretty slick. 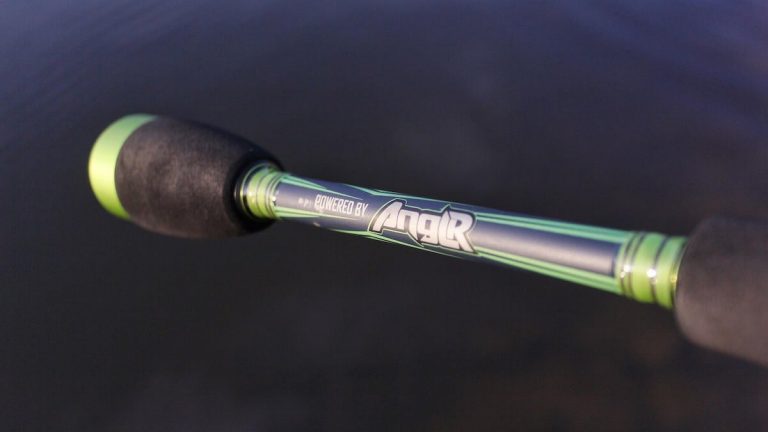 All things considered, one of the most impressive things about this rod is its price point. At $129.99, you’re getting a really nice rod along with the same capabilities as ANGLR’s Bullseye which can be purchased separately for $29.99. There isn’t a rod on the market at any price that has these same capabilities, so being able to snag it for well under $150 is pretty impressive.

Though the Virtual Rod has been around about 18 months now, the ANGLR app has been around a few years more and is something I am very familiar with as many of you may already know. I have worked with ANGLR over the last few years to generate content and what I like most about their digital logbook is its simplicity and unwavering eye. Let me explain what I mean by that. 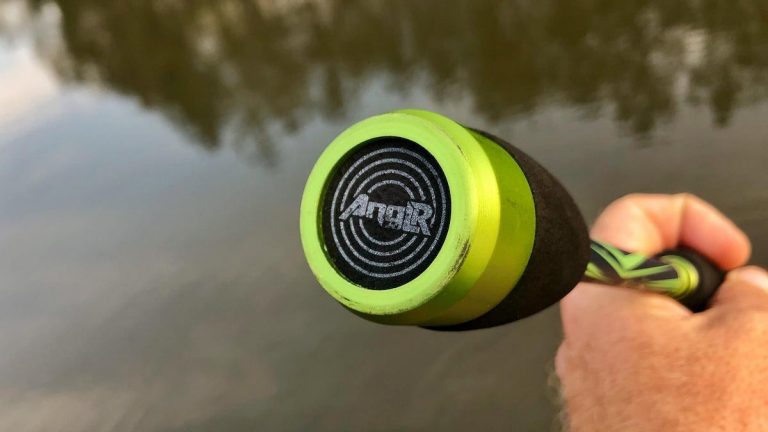 I’ve tried to keep traditional logbooks in the past, but found it beyond boring and actually quite depressing to jot down notes after a bad day on the water. The good days were fun to write about and keep track of. But those miserable days on the water were some I never wanted to revisit. The funny thing is, taking notes about those days is the best way not to have to revisit them in the future.

And that’s what I like best about the ANGLR app. Once you start a trip, it’s recording what happens either way. Whether my optimism is met with outstanding results that day or all my hopes and dreams are crushed, the app is compiling a record of all those conditions. Now, I can go back in and learn just as much or more from the bad days to ensure I don’t make the same mistakes twice. Gaining the ability to do all of that along with a brand new fishing rod is a pretty sweet deal.

You will find these rods online at these retailers: