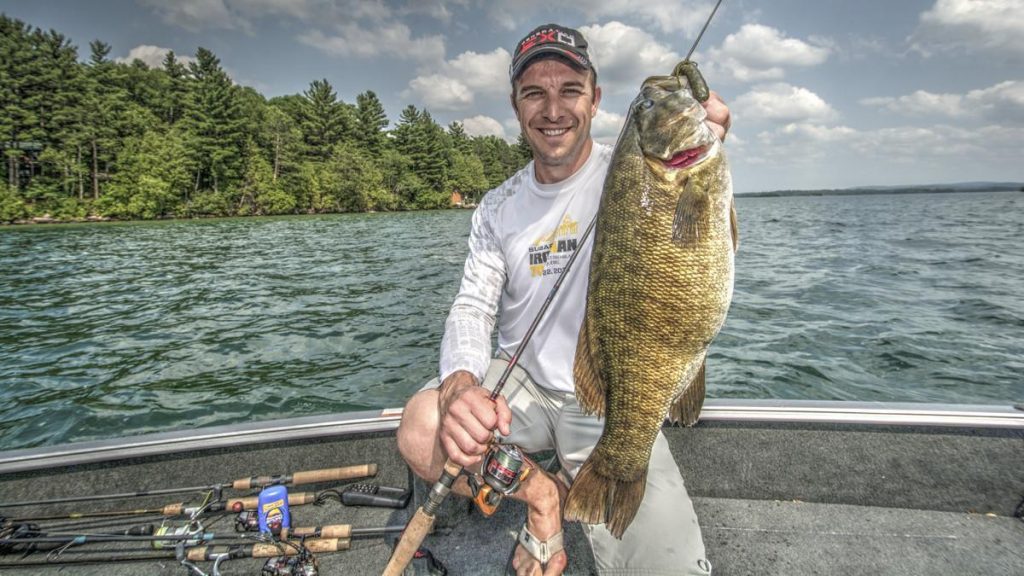 Fishing mid-depth areas in natural lakes is a reliable, but sometimes overlooked way to catch smallmouth bass. What’s considered mid-depth can vary from one lake to the next based on water clarity, for instance, but for the most part, consider the 10 to 18-foot range, give or take a few feet.

Smallmouth will sometimes sulk in these ‘tweener depths when conditions don’t allow for shallow foraging. Other times, clumps of cabbage and other mid-depth structures are loaded with hungry bass eager to chomp topwaters, spinnerbaits, jigs and whatever else you can throw at them. If you’re driving over mid-depth flats, points, bars and vegetation en route to skinny-water or deep lake structure, you’re likely bypassing some big bronzebacks.

Mike Bredlaw offered to help shed some light on mid-depth smallmouth locations, behavior and tactics. Bredlaw along with tournament partner Rick Klatt are a formidable duo in tournaments held in Ontario’s Ottawa Valley region. These ‘tweener areas have proven important for Bredlaw in competitive events as much as during fun outings with family and friends.

Here are 5 considerations when plying mid-depth water for smallmouth bass: 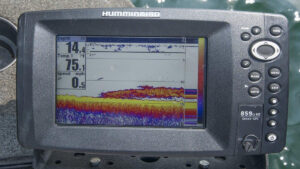 Smallmouth use mid-depths areas throughout the summer. Here are 3 key reasons to cast tweener areas this summer.

Smallmouth often feed or sun themselves shallow in many northern, natural lakes. Cold fronts or unstable weather kiboshes this pattern.

“It’s obvious when the shallow bite’s off because you won’t see smallies,” Bredlaw said. “It’s like a ghost town. Smallmouth won’t have gone far though. I often find them on nearby flats, edges and other structures in 10 to 16 feet of water.”

When a shallow-water smallmouth bite is on during the dog days of summer, savvy anglers are going to pound shorelines. Hot, stable weather also encourages water sports recreation on lakes.

While Bredlaw’s seen increased traffic turn-off smallmouth, he’s also seen bass be unaffected by Fish-N-Ski flotillas. But, if you’re the kind of angler who prefers solitude, fishing mid-depth areas will lead you to less-pressured smallmouth away from congested shorelines. 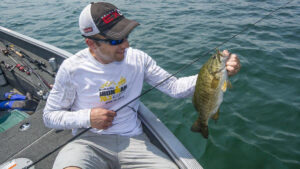 Smallmouth can be found on many mid-depth areas in natural lakes. The following are 5 ones both Bredlaw and I rely on regularly. 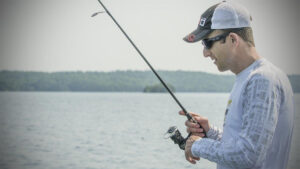 Bredlaw finds smallmouth can be tough to catch from mid-depths when they’ve been forced from shallow feeding sites because of inclement weather or other factors. When many would pull out a finesse rig, he prefers picking a fight with a spinnerbait, topwater or jerkbait.

A Storm Lure’s Rattlin’ Chug Bug is another of Bredlaw’s tweener baits. He starts with a conservative retrieve. Getting too aggressive immediately after the bait’s splashdown can spook mid-depth smallies in the vicinity. A couple light twitches mixed with 5 to 10 second pauses get things going. The goal’s to give smallmouth below an easy meal.

“The reason I like the Chug Bug is because I can walk the dog with it and make it chug at the same time to get that long ‘Bloooompsh’ sound,” Bredlaw said. “If a slow approach doesn’t work, I’ll go to aggressive chugging so the Bug spits water several feet. This is very effective when there’s schooling smallmouth around. It’s like you put them in a panic, and they don’t know what to do. So, by default, they smash the bait.”

The topwater is fished on a 6-foot, 8-inch, medium-action Quantum Tour PT casting rod and an EXO PT 7.3:1 reel with 15-pound monofilament. The high-gear ratio reel’s an important item. It quickly recovers line, which helps keep pressure on a big smallmouth sprinting forwards after overtaking the topwater.

A fast retrieve with a jerkbait is another effective option for firing-up tweener smallmouth. 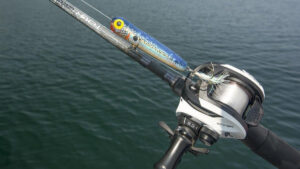 Part and parcel of Bredlaw’s instigation tactics is having a finesse throw-back bait ready. A small, bite-sized plastic often tempts a strike from a smallmouth tailgating a speedy reaction bait.

A split-shot rig is a reliable follow-up bait when he and Klatt are fishing tournaments. Bredlaw likes a 3 to 4-inch creature, stickbait or other finesse plastic on a 1/0, wide-gap worm hook. The morsel’s pitched on 6 or 8-pound fluorocarbon in front of the hot-to-trot bronzeback. 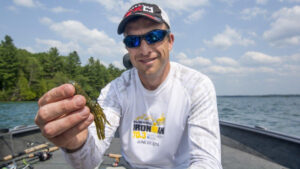 A tube is a staple for smallmouths at any depth

While running a reaction bait high in the water column catches mid-depth bass, rigs and jigs can be the better choice for bottom-oriented or fussy smallmouth. In this case, any of the following will get the job done:

Mid-depth structure and cover holds smallmouth in the summer, but many anglers overlook this productive stretch of water. Try Bredlaw’s rambunctious tactics, along with some jigs and finesse rigs, and you’ll boat a bunch of ‘tweener bronzebacks. 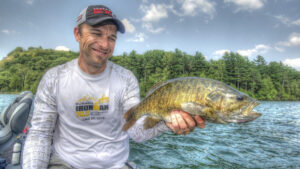