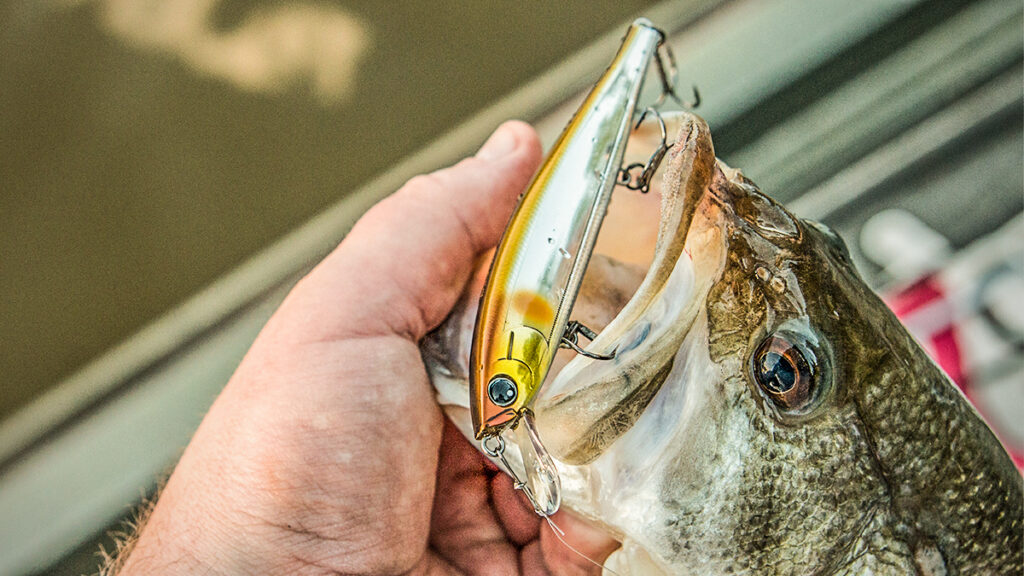 I have a rather embarrassing confession to make. You might think of me as less of a bass fisherman once I tell you this, but it’s a risk I’m certainly willing to take. A lure that I used to absolutely hate, the former bane of my existence, has become one of my go-to bass fishing lures in a rather unlikely time of year.

As you can tell by my title, I’m talking about jerkbaits. For more than 30 years of my life, I did everything I could to avoid throwing ‘em. I just never had a good feel for them and I always figured they were solely meant for cold-water bass fishing when I’m normally 20 feet up a tree hunting deer. But my gosh, I couldn’t have been more wrong.

Several years ago as I was tinkering with some tackle and rigging rods in my shop, I started thinking about a lot of the times I’ve had my butt kicked on the water by a buddy or co-angler. Summer fishing is tough for a lot of us, so I was struggling to figure something out. Then the proverbial light bulb turned on and made me feel like an absolute moron.

I’m willing to bet that the large majority of butt whoopings I’ve had throughout the summer months have come on a jerkbait. Whether I’m in the front of my boat or the back of a buddy’s boat, almost every embarrassingly lopsided day I’ve had with someone… that dern jerkbait has been the culprit.

Which begs the question… why in the world haven’t I been throwing it?

I decided it was time for a change; a bit of a reconciliation between myself and an old foe, if you will. So I tied on the first one I could find in my shop to a rod I figured (?) would be good enough and made myself go throw one the next morning. I’ll openly admit I didn’t know what the heck I was really doing but as the weeks and fishing trips passed, I got in a groove and I’ll look you in the eye and tell you one thing for sure.

That dang bait is one of the best summer fish-catchers I’ve ever used. I know everyone talks about ‘em in the winter months but I have been busting ‘em in 95-degree water on a jerkbait for the last several years. So as we get into this article, I implore you to leave your preconceived notions at the door and try to keep an open mind. I’m not a jerkbait connoisseur by any means but I’m telling you; if you throw it for the next few months, you’re going to get a pile of bites when a lot of your buddies are struggling.

I’m going to be really straightforward in this article and I’m not going to try to impress anyone with fancy terminology or gear. I’m going to tell you exactly what I’ve been doing and what works best for me. Give me a few minutes and I think it’ll all make sense.

Why a jerkbait and why now? 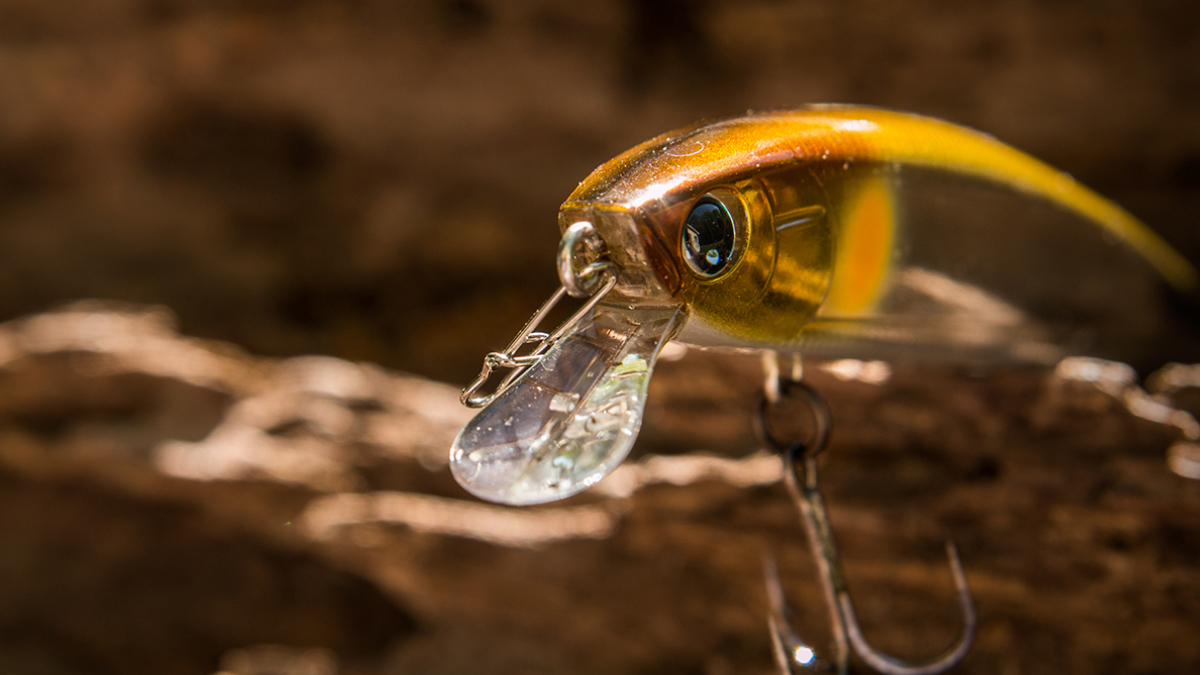 This time of year, I’ve always been a squarebill-type guy. I’ll fish a lot of main-lake laydowns adjacent to deep water and I’ll also run up a river and throw a big ol’ squarebill on just about any shallow wood I can find. I’ve had some great luck doing that in the past but it seems to be somewhat of a finicky bite for me. They’ll crush it for a day or two and things will get tough for the next few days.

Tired of the inconsistency and inspired by the multiple summer butt kickings from shallow-diving jerkbaits, I started throwing a jerkbait in the same places. I figured that most of those squarebill fish, especially the main-lake ones on the ends of laydowns, were suspended anyways, so why wouldn’t a jerkbait do the trick?

Spoiler alert: A jerkbait did and currently does the trick. In my opinion, it’s often better than that big squarebill bite.

Those big, post-spawn females are slap worn out this time of year, in my opinion. They’ve recently endured the annual stress of the spawn and to further add to their lethargy, the water in this area reaches the mid to high 90s every summer. So they’ll suspend underneath the ends of these laydowns and use it as shade to both regulate their body temperatures and hide from unsuspecting prey as they wait to ambush it.

Maybe this is why that big squarebill bite was so hot and cold for me throughout the summer months. I think I was having to run across bass with the right temperament, for lack of a better term, to elicit a reaction strike. Not every bass is ill-tempered enough to swat at a faster-moving crankbait in that nasty, hot water.

A jerkbait, however, seems to appeal to a wider range of temperaments, if that makes any sense. You’re not just relying on a reaction bite to fool one into biting. In super clear water on the south-end of my home lake, I’ve seen some big bass come out of a laydown and eat my jerkbait on the pause, almost as if it were in slow motion. That type of fish won’t bite a squarebill, in my opinion, but if you stop a jerkbait in front of its nose, maybe the slower-moving action and less obstrusive profile makes ‘em feel more comfortable about eating it. 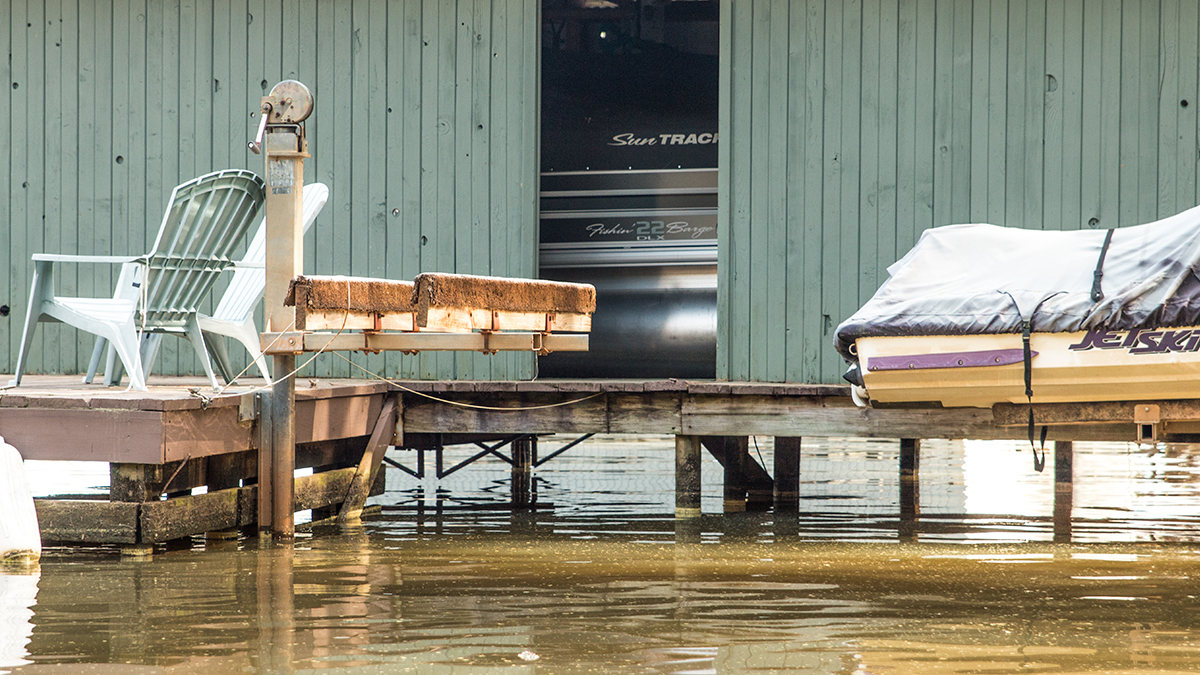 We briefly discussed laydowns adjacent to deep water in the previous section, so let’s start there and hit on a few things. Adjacent deep water and verticality is a big deal for bass in extreme-weather months; both in the summer and winter. But of course, let’s focus on the summer in this article.

Weather fronts happen a lot this time of year. Now, I’m not saying it’s going to drop 30 degrees overnight very frequently throughout the summer (maybe in your area, but it’s just perpetually boiling hot in my neck of the woods), but I’ve noticed around here that lightning storms will kill a shallow bite and cause a bunch of fish to push off the bank to deeper water.

These older, smarter bass know the possibility of severe storms exist this time of year and that’s why they love these deeper laydowns adjacent to deep water. They can hang out on the shallower end of the laydowns when the weathers a bit nicer and if a storm or large temperature swing occurs, they can kick that big ol’ tail two or three times and put themselves in an entirely different and more comfortable living situation in deeper water. Additionally on those super-hot summer days, they can slide out into that deeper water and enjoy significantly cooler water temperatures. When it’s time for them to feed, a few tail kicks into shallow water for a quick ambush is all that’s needed before they back right off into the cooler, deeper water again.

I also encourage you to target boat docks with your shallow-diving suspending jerkbaits this time of year. Again, I’m not a biologist but I do have two functioning eyeballs and I’m constantly seeing small bluegill hanging out around boat docks in the hot summer months. Can you go skip a jig or swim jig around these docks and catch some bass? Absolutely you can and if you’re more comfortable doing that, by all means, do it. But again, these summer bass love to suspend in the shade. So if you’re pitching or flipping docks and not getting bites, rig up a shallow, suspending jerkbait and fish it slowly down the edges and fronts of boat docks.

It may seem a little odd doing this with sweat dripping down your back instead of being bundled up in a hoodie and bibs, but give it an honest shot for me. I was telling a fishing buddy a few weeks ago, “I don’t know what it is about these dang jerkbaits but almost every time I tie one on this time of year, I catch a fish within a minute or two.”

Well guess what? The same buddy texted me the next week and said, “I’ll be dang… you’re right!” along with a few pictures of 4- and 5-pounders on a 103-degree day. They were all caught on a jerkbait around boat docks and laydowns. 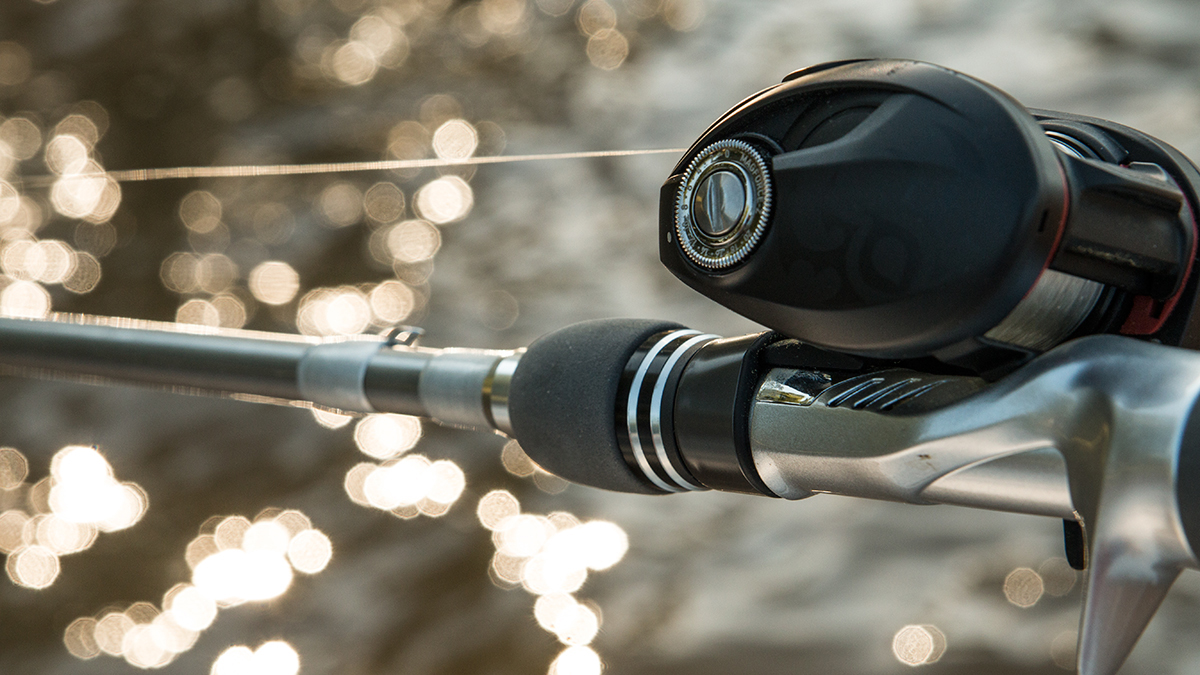 Legitimate jerkbait gurus get really in-depth with their setups and there’s absolutely nothing wrong with that. I hope to be at that level soon but for now, I’m trying to learn more about locations, situations and scenarios more than the gear. I don’t want overcomplicate things and overwhelm my brain. I’m bad about overthinking things, so I’ve decided to keep my gear as simple as possible.

I like to use a 7-foot, medium-action casting rod for my summer jerkbait fishing. In my mind, long casts are the name of the game. You’ll often find a bunch of big bass roaming the shallows and due to the lack of rain this time of year, the water is especially clear, so I want a wimpier rod that allows for longer casts so I can keep my boat and any unwanted noise or shadows away from the fish. For the line, I really like using 12-pound fluorocarbon. I think 15-pound fluorocarbon would be okay as well if you’re fishing around especially thick cover but 12-pound seems to be the sweet spot for me.

In regards to the actual jerkbait I’ve been throwing, I’m fairly partial to the Hardcore Minnow Flat SP. I’m sure many other jerkbaits are up to the task but I’ve developed a tremendous amount of confidence in this particular lure. It has an outstanding weight-transfer system that allows for jaw-dropping casting distance which helps you stay back from those finicky clear-water bass and its action is wild, even with very small twitches of the rod. It also seems to be very responsive to “high-sticking”, which is when you jerk your rod tip upwards instead of downwards. This can be especially useful when targeting really shallow cover.

I really hope my mistakes can help you with this. For years, I never even thought of jerkbait unless it was freezing cold outside. Don’t be like me. Keep a shallow-diving, suspending jerkbait rigged at all times, especially in the summer. These things are like bass candy and no matter what brand or model you choose to throw, I honestly believe it’s going to open up an entirely new world of summer bass fishing for you.