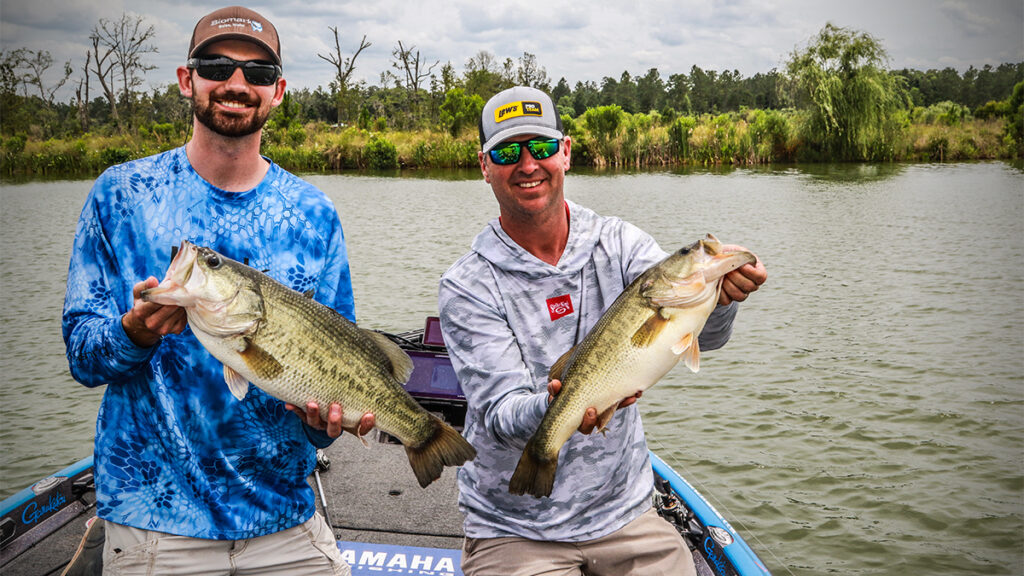 Todd Faircloth’s a personable guy who generally respects personal space. But when it comes to summer bass fishing, he’s going to get in someone’s face (speaking of bass, if you haven’t had your coffee yet) and that’s why he’ll have several worm rigs ready for action.

“To me, especially in summer months, the biggest portion of fish will live offshore,” Faircloth said. “Whether your lake offers submerged grass, outside grass line, maybe brush piles, rock or rock piles; whatever it is, worms are an efficient way to fish that type of cover that time of year. Most of the time, when you’re fishing around that type of cover you want something that’s weedless and something you can fish slowly and tight to the cover. The worm is about as efficient as it gets. Staying back off your target and making long casts with a worm is one of the best choices you can make that time of year.” 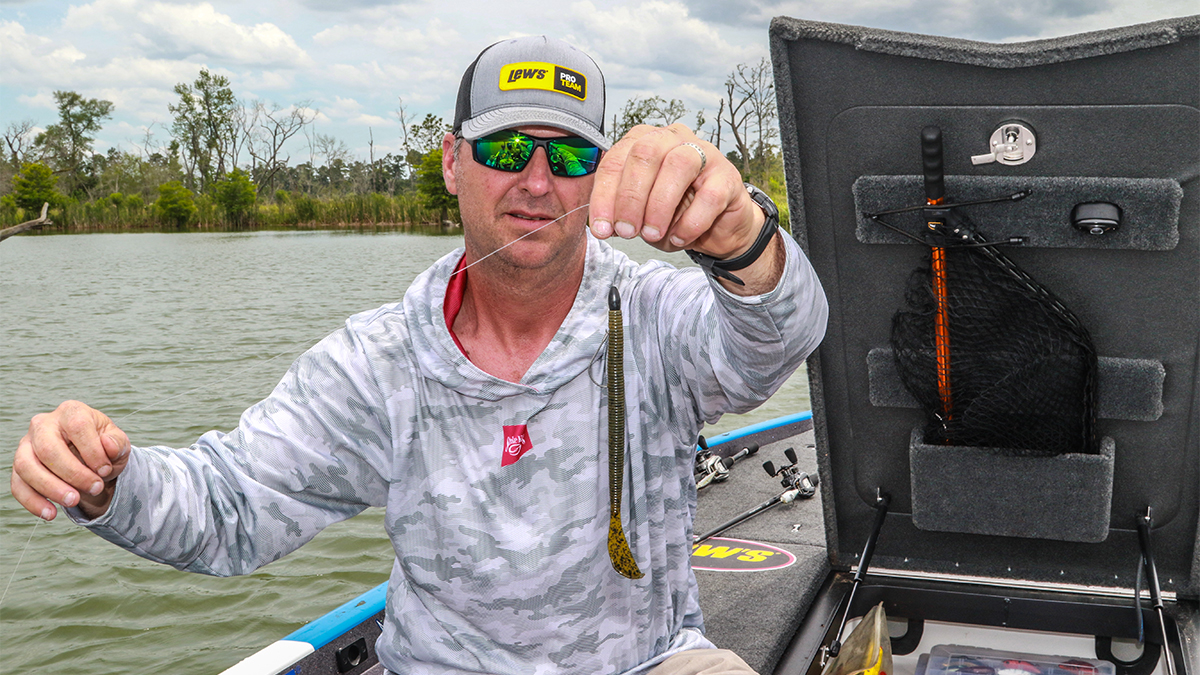 Rigging options are many, but true to his Texas heritage, Faircloth’s a big fan of the namesake rig. His top scenarios for Texas-rigged worms are an outside weed edge, brush piles or deep timber.

Faircloth said he has huge faith in the Strike King Cut-R Worm, especially for weed lines and deep timber. Around brush piles, he’ll use the big, bold look of a Strike King Anaconda.

“The Anaconda has more water displacement and it has more action,” Faircloth said. “The Cut-R has a more subtle action than the larger profile Anaconda, which is a more aggressive worm.”

Presentation: Particularly around brush and deep timber, Faircloth casts past the target and brings the worm into it, as opposed to casting right on top.

“Even if that big worm is falling on a very slack line, it’s going to have a tendency to want to come toward you,” Faircloth explained. “If you cast right at the target, that worm will swing away from it.

“On a weed line, that time of year, I’ll sit shallow and throw deep, just because I can identify the weed line a lot easier, as opposed to casting into the grass and bringing my worm out.”

Flipping and pitching those grass lines also plays a role in Faircloth’s summer game plan and he offers this insight.

“Most of the time, when I’m fishing a Texas-rigged bait, I want something that has some type of action on the tail because I’m fishing it more aggressively around that stuff.

“I’m usually pitching into the cover and really tight to the cover, so presenting more action draws more strikes out of the cover, whereas I’m usually fishing the Cut-R Worm on the outside edge.”

With either worm, Faircloth is a stickler for rigging prudence.

“I always like to rig the worm in the seam and I want the tail up and the hook down,” Faircloth said. “Looking at it in the water, it looks more natural with that tail curling up. If you have the hook and the tail pointed the same way, that’s more of a swimming motion, as opposed to hopping the worm or the worm falling vertically.” 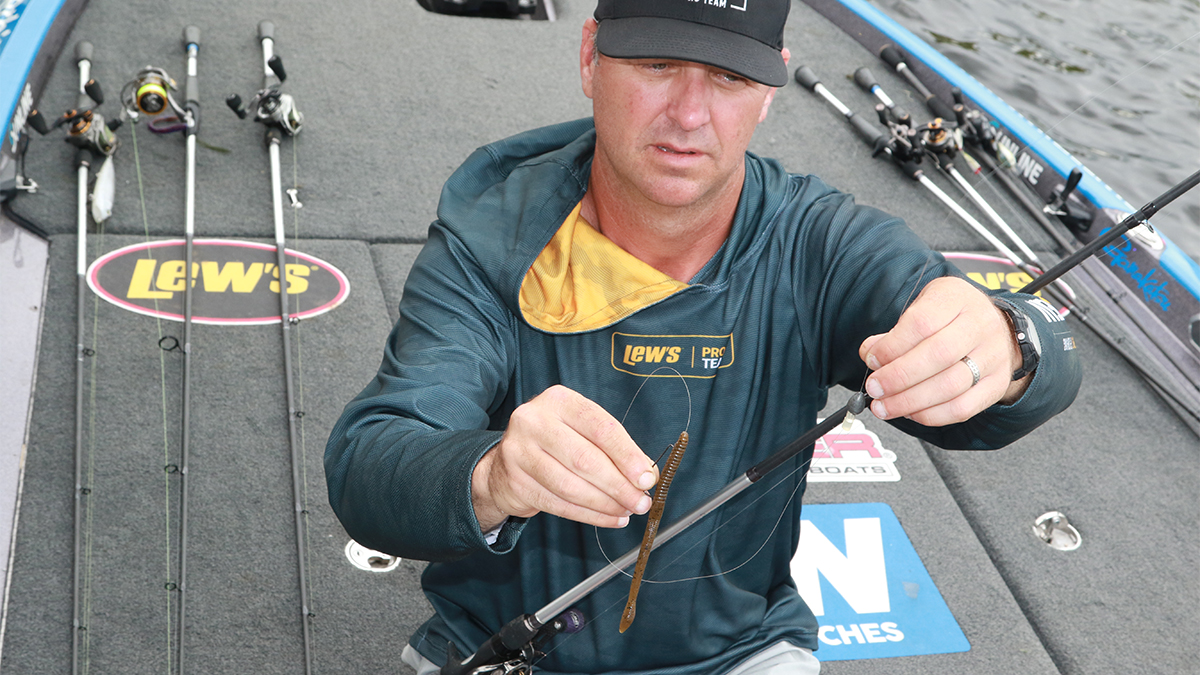 Next up in Faircloth’s summer selection is the 7-inch Strike King Finesse Worm — a bait he’ll present on a Carolina rig and a power shot (aka “Bubba shot”). First, the former serves him as an open water rig for covering rock piles, shell beds or ridges with scattered stumps.

“It’s actually a good search bait that you can use to determine soft or hard bottom; and it stays in the strike zone longer,” Faircloth said. “If I find a brush pile or something gnarly and have trouble getting through, I’ll pick up Texas rig and fish it more efficiently.”

Faircloth uses a conventional egg weight, but he forms his Carolina rig a little differently. Rather than linking main line to leader with a swivel, he runs straight 16-pound fluorocarbon to his hook, but adds one or two Carolina Keepers — tension-based stoppers — to create a leader.

“The reason I do it this way is because I have one knot instead of three,” Faircloth said. “Also, I can adjust the leader length. I’ll usually start with 24 inches but might go up to 36 for fish suspended off bottom.

“The longer the leader, the more the bait wants to float around with more action. In thicker cover like brush, I’ll go down down to 18 inches.”

If he uses a weight weighing 3/8-ounce or less, Faircloth knows he can get away with one Carolina Keeper. For a 1/2-ounce or bigger, he knows he needs two keepers because if he gets hung up, the double keepers seldom slip.

Take your shot: Faircloth will fish the Finesse Worm on a beefed-up version of a drop shot in timber, grass clumps and bush piles on a fishery that’s feeling the impacts of heavy fishing pressure.

“I may have gone through with the big worm and caught most of the aggressive fish, but I’ll come back through with the Bubba shot and clean up,” Faircloth said. “It’s also something I’ll fish on baitcasting gear around heavy cover because I can move that fish when I’m rigged with 20-pound Sunline SX1 braid and 14- to 16-pound Sunline Shooter fluorocarbon.” 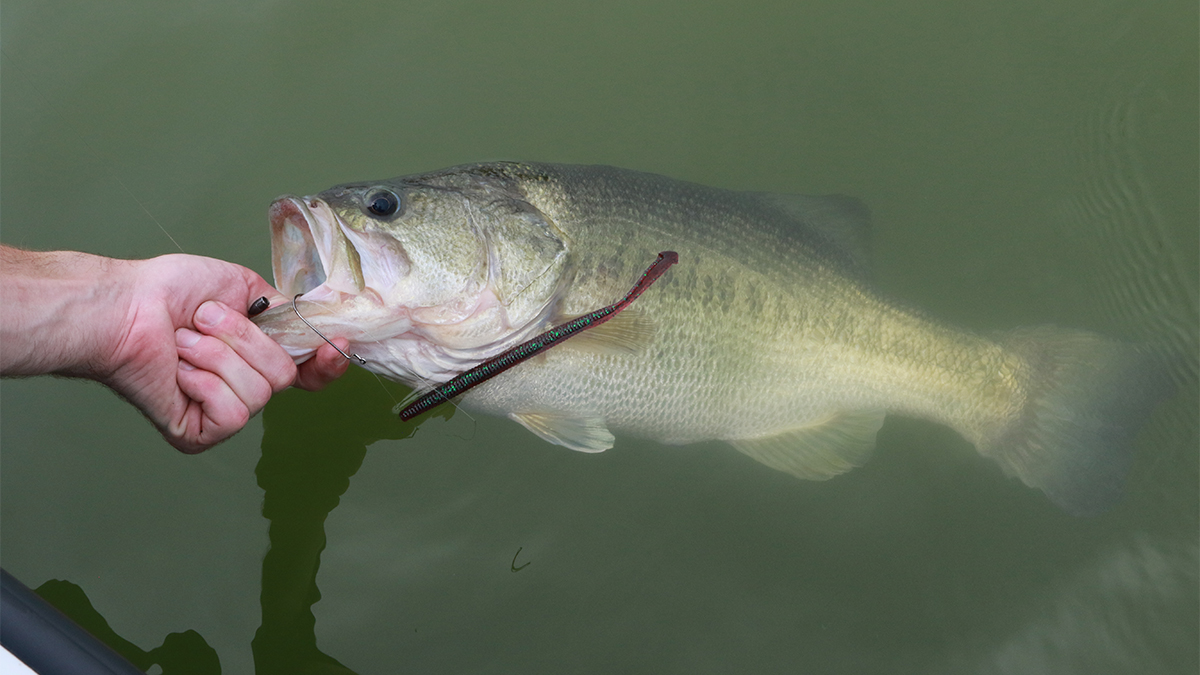 Backup? Kinda, but not exactly.

Rather, it’s a target-of-opportunity thing. See, when Faircloth’s day takes him past shallow shallow wood, laydowns, logs or standing timber with fish suspended on limbs, he’ll often swim that Cut-R past these targets to see if anyone’s feeling froggy.

“I’ll rig that worm on a 3/16- to a 1/4-ounce weight to keep it up higher in the water,” Faircloth said. “My favorite way to do this is swimming the Cut-R Worm around grass.”

“It’s another great search bait and I’ll use it to kind of quarter the grass edge, like you would a riprap bank with a spinnerbait or a crankbait. You can cover a lot of water and determine if the fish are on the edge or tucked up in there.”

Get the drop on ‘em 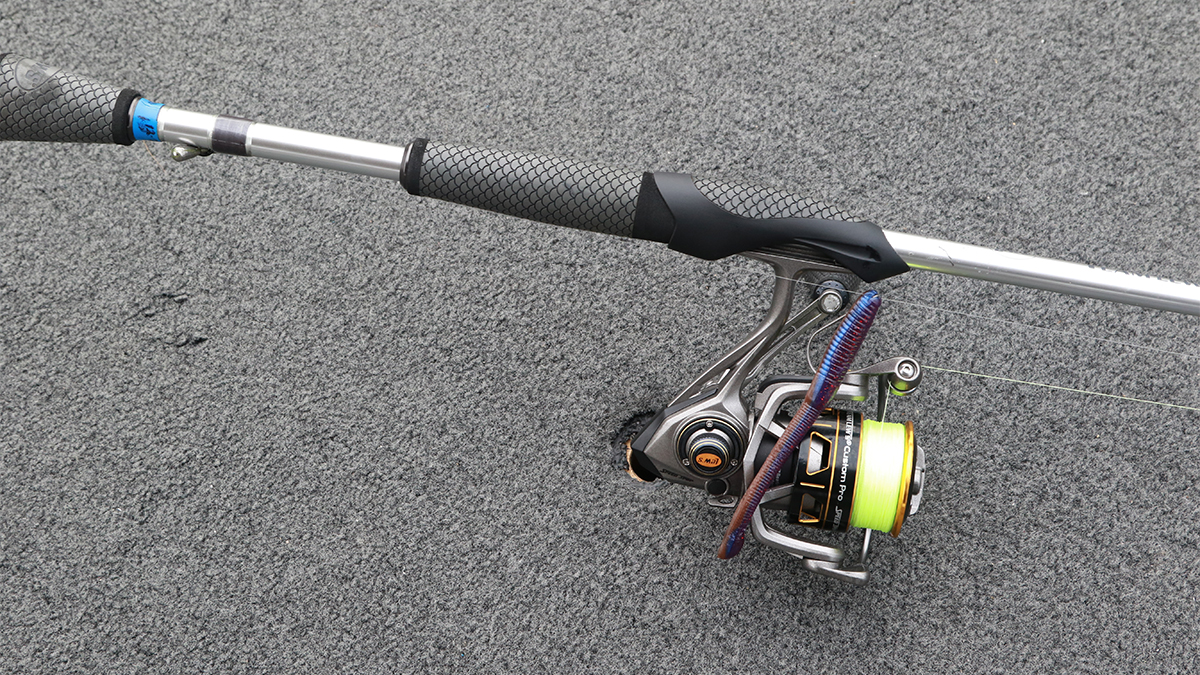 “Maybe it’s a really clear, highly pressured, no-wind scenario and it’s hard to get a bite,” Faircloth said of the drop shot’s strategic appeal. “A lot of times a drop shot will get bites when other baits won’t. I’ll fish it more around the outside of cover, as opposed to in the cover.”

No doubt, most thoughts of summer worm fishing involve heftier offerings, but don’t be afraid to pull out the light rig. It might only get you one more bite, but a bite is a bite.