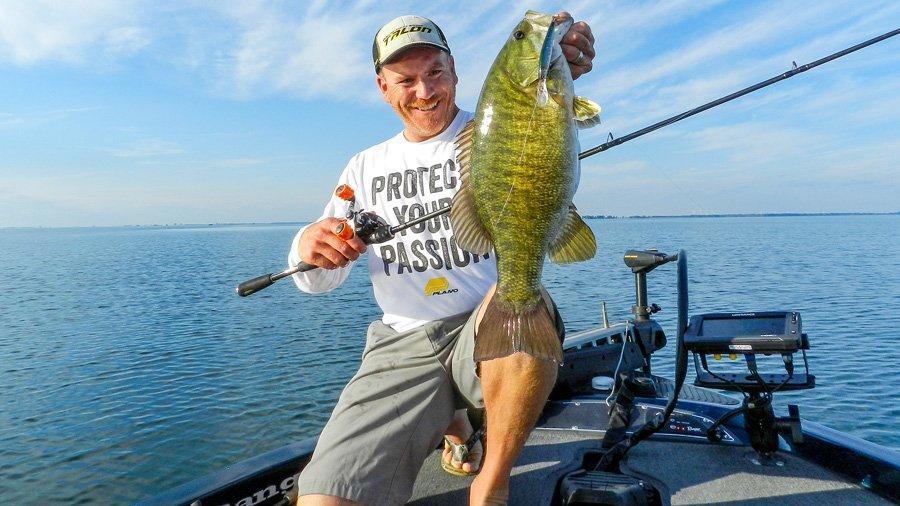 While zebra mussels have had profound ecological and economic impacts, Joe Balog of Harrison Township., Mich., notes anglers will catch plenty of smallmouth using the right tactics when fishing around these shelled creatures. Balog has decades of experience in this regard. He’s an accomplished tournament angler and his home waters of Lake St. Clair and Lake Erie first contained zebra mussels in the late 1980s.

“Yes, they’re sharp and can cut your line, but I’ve fished lots of places with much sharper mussels,” Balog said. “The barnacles at the Chesapeake Bay or the James River are much sharper, so zebra mussels aren’t something to be fearful of, from a fishing standpoint.”

Depending on where you’re fishing, you may encounter quagga mussels (see sidebar), another invasive species. In the Great Lakes, quaggas are replacing and outnumbering zebra mussels. Quaggas look similar to zebra mussels and have a similar impact to waterways and fishing tactics. For practical purposes in this story I refer to zebra mussels, but the fishing info below also applies to quagga-occupied waters.

If you’ve yet to deal with zebra mussels, or are looking for smallmouth tactics for fishing around these pesky mollusks, you should consider the following 6 things: 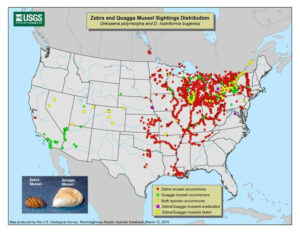 Lure and line contact with a zebra mussel colony is like fishing across a cheese grader. It may cut the line or, at the very least, deliver a few scrapes and nicks. Fluorocarbon’s the most durable option.
Zebra mussels’ filter-feeding also impacts a lake. While phytoplankton (algae) is their food, they also siphon in other microscopic items, removing them from the water and depriving small native animals of this food source. Over time, this can increase water clarity and disrupt the food web, which can change smallmouth preferred locations and feeding behavior. 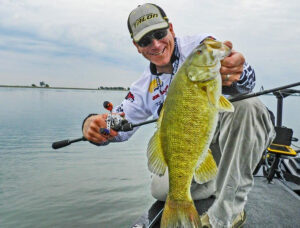 Balog’s seen fishing patterns change on the Great Lakes as well as inland systems in Michigan, Ohio and New York as a result of zebra mussels. Smallmouth shifting to deeper structure is a common trend.

“As zebra mussels get into a lake and improve clarity, light penetrates much deeper, and vegetation grows deeper,” Balog said. “Fishermen need to understand that bass will not be stacked up on a nice shoreline when the water is real clear, with lots of deep vegetated flats. Anglers need to look for the larger structures of rocks and grass and larger schools of bass in the main lake basins.”

Over 400 miles away from Balog’s home waters, lies a 1,500-acre lake on the edge of the Canadian Shield in Ontario. Wally Robins is a cottage resident on this lake and fishes smallmouth several days a week from June opener to early fall. A diligent notetaker for decades, he noticed smallmouth behavior changes 5 years after mussels arrived in 2002.

Like Balog, Robins catches a lot of big smallmouth around deep structure. Before zebra mussels, he’d catch quality smallmouth from various depths on points, reefs and other structures. Now, shallow and mid-depth areas are less productive.

“I’ve found the lake produces more and better fish on the deepest edge of an underwater point than it did 15 to 20 years ago,” Robins said. “I target the basin edge of structure much more, especially if there’s a significant drop, like going from 20 feet into 40 or deeper.” 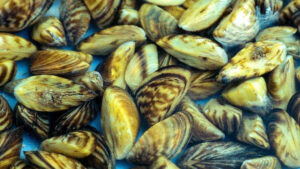 “The whole key is to determine which of the major structures the majority of the bass are using, and electronics do this,” Balog said. “Graphs, especially with Side Imaging, are the first key.” 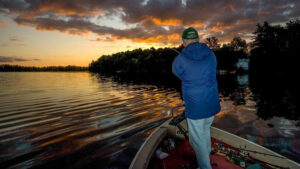 Shad are a main forage base for smallmouth in Robins’ lake. Since zebra mussels arrived, though, bass feeding frenzies have shortened.

“One of my all-time favorite early morning flats used to hold gangs of marauding small jaws from a half hour before sunrise until 8:15 to 8:30 a.m., a span of more than three hours,” Robins said. “Today, that feeding window is open for about an hour, sometimes less. Light conditions play a role in this and, in uber-clear water systems, feeding binges often occur in low or no light conditions. To my mind, we can blame zebras for tweaking the entire food chain and subsequently, smallie behavior.” 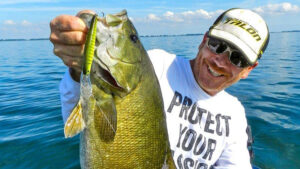 Balog and Robins share similar tactics for catching smallmouth in clear, zebra-infested lakes. Here are 7 of their most effective tips: 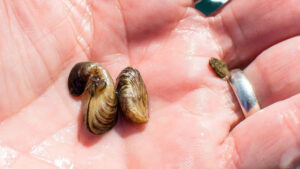 While our focus is fishing tactics, it’s important for anglers to take measures to help prevent the spread of zebra mussels and other invasive species. This includes cleaning, draining and drying your boat, trailer and equipment after fishing. For more information, watch this video created by Wired2Fish and Mercury Marine and visit 100thmeridian.org for other best practices.

Consider Balog and Robins’ tactics when chasing smallmouth in zebra-mussel lakes. Do so, and odds are good you’ll come home with a good ‘ole case of bass thumb courtesy of Mr. and Mrs. Small Jaws. 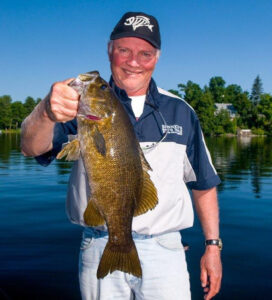