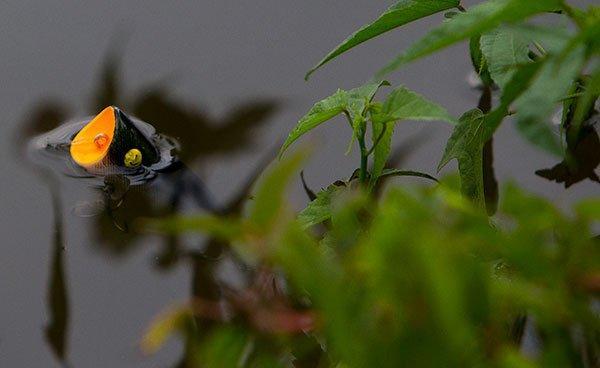 Today we have tools that make finding fish easier. Not all anglers rely on top-of-the-line technology, but those that do have a distinct competitive advantage. Side Imaging/Side Scan, Down Imaging/Down Scan, and higher pixel counts on larger screen sizes all aid the angler in finding the fish.

An overlooked tool in finding fish combines intuition and bait selection. Spending time on the water allows the angler to “know” when to make a move or switch baits. It is an art that takes “seat of the pants” thinking and many times running concurrent with the best bait selection can pay big dividends.

Adding to the formula is the list of changing variables that make finding fish more difficult. Cold fronts, wind, rising water, falling water, time of year, and type of lake or river must all be assimilated and accounted. All of the variables have to be compiled, placed in our supercomputer heads and put into practice. Technique is a crucial part of the puzzle as well, and it should not be taking lightly either. Those that can take all of the data and all the tools and combine them into practice have more success.

One of the key variables on lakes that are highly pressured can be bait selection. Many lakes and the fish in them can get conditioned. The type of fishing pressure, for the most part, is similar. Some lakes are known as flipping lakes, some are crankbait lakes and others may be deep water fisheries. Getting out of the box a bit in approach often leads to better catches.

For instance, a lake that has a lot of shoreline cover and shallow targets usually receives an inordinate amount of fishing pressure. Every blow down, every brush pile and every dock and seawall will get flipped and pitched to death. Every shallow piece of structure will be dissected and probed to the tenth degree. The fish get smarter as a result.

Anglers new to pressured water sometimes have an advantage. They may not readily see all of the shoreline cover but may insist on looking elsewhere. T hat small change in technique and approach may allow that angler to find untapped fish or those who have not been pressured as heavily.

Finding a new approach can mean changing bait selection and sometimes a new bait on the market can be the magic key that unlocks the puzzle. Other times it may be an old bait that hasn’t been used for a long time that taps into the mother lode.

Going against the grain, away from the tried and true, can make a difference and allow anglers to find fish that are less pressured and bite more readily.

I regularly fish several older lakes in Central Illinois that are nearly void of original structure. Siltation from farm run-off and creeks feeding into them plus yearly open prairie wind damage wreak havoc on the banks, and most cover or structure is now either man-made or deeper main-lake rock.  Docks, seawalls, points and humps, some water willow and blowdowns are the keys.  Close in combat is the regular battle approach, but recently I found a middle ground that has worked well all year. More on that in a minute.

Standard equipment normally is a medium heavy to heavy flipping stick teamed with a 5/16-ounce weight, 5/0 flipping hook and either a Brush Hog or a tube. Other choices are 3/8-ounce jigs and chunks, a spinnerbait or a squarebill crankbait. Much like a hitchhiker standing next to the interstate, the bass watch these offerings over and over. They still catch the pea brained, peanut sized bass, but in order to be consistent and catch the larger fish and those not conditioned to the silent entry flipping technique, I started pre-fishing with larger and louder baits. Prop baits, big swimbaits and buzzbaits worked well, but settling in with a Rebel P70 Pop R has gotten me more bites, bigger fish and its versatility is unmatched.

The 3 1/4-inch P70 is a discontinued popper that is about twice the size as many other poppers, skips exceptionally well under docks and low hanging branches on undercut banks and has a “blub, blub” like no other bait in the industry. The bait is very durable, is weighted great for a roll cast and teamed with 17-20 pound Sufix mono on a high speed 7.1:1 reel on a 6-foot, 6-inch medium-heavy power St.Croix baitcasting rod, it is meat and potatoes all in one. I call it topwater flipping.

Using larger No. 4 Gamakatsu trebles on the front and a custom feather and tinsel large back treble makes the bait settle tail down. Many of the big fish I have caught on it hit it still and fishing it as slow as possible is the rule. Other chuggers need to be worked faster; it seems, for more bites.

I like to fish this bait in heavy cover, risky business since I have a total of four baits left. I re-tie often and check my line constantly when fishing the P70 in this manner.

A little trick to change the sound of the bait is moving the knot pulled up to skip or pushed down to get a deeper “bloosh” sound. I have two baits set up without oval split rings and two with them. That too makes a difference in how the bait walks.

Dialing in big fish areas only takes a single bite. Determining the right dock , the right bank type or the best outside channel bank swing means catching a single fish of the right caliber in practice and then seining it during the tournament for a bigger limit. Consistent limits take more time when big fish are part of the equation.

Banks with deep slopes seem to be best and if there is cover on that type of bank even better. It doesn’t take long to dial in the position of the fish even on a flat bank, when they hit the P70 they hammer it.

Finding the P70 is a tough proposition and since they are discontinued the ones we do have get special treatment. They are only used in practice or a tournament and the hooks are changed out before they hit the water. I use a No. 4 Gamakatsu Round Bend on the front and a Jim Zoerb tinsel and feathered No. 2 on the rear. The larger hook on the back gives the bait a head-up, tail down profile when stopped and many bites occur when it is stopped.

I make it standard practice to look for the Rebel P70 in every tackle shop I enter. The P70 Pop R by Rebel is a special situational bait that can indeed help you trigger and put bigger fish in the boat. I have changed the way I pre-fish using this bait.